West Brom 1-1 Burnley: Vincent Kompany’s Clarets side blow chance to go top of the Championship as they are downed by a last-gasp Brandon Thomas-Asante equaliser for the hosts

Jay Rodriguez, 33, had appeared to break the hearts of his old club, who dominated the game and hit the woodwork twice and missed numerous other chances.

But Thomas-Asante, signed from Salford City for £300,000 in the transfer window, popped up to earn a richly-deserved point. 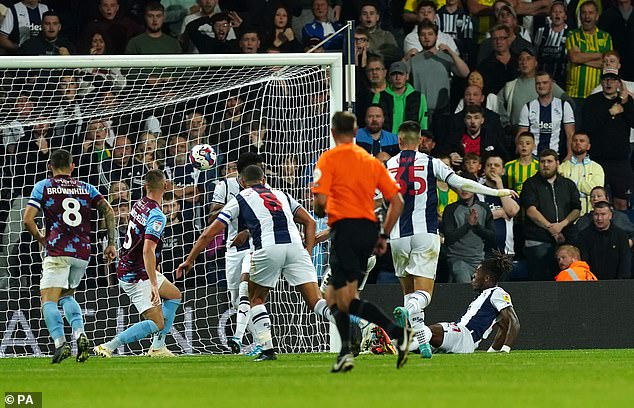 Defeat would have added more frustration for West Brom manager Steve Bruce, who was no doubt still fuming after seeing two deadline-day transfers fall through after documents failed to arrive with the EFL in time.

The Baggies had tried to sign Fulham midfielder Josh Onomah on loan and Brighton and Hove Albion midfielder Steven Alzate but both fell through.

West Brom wasted numerous chances in a dominant first half only to trail at half-time. 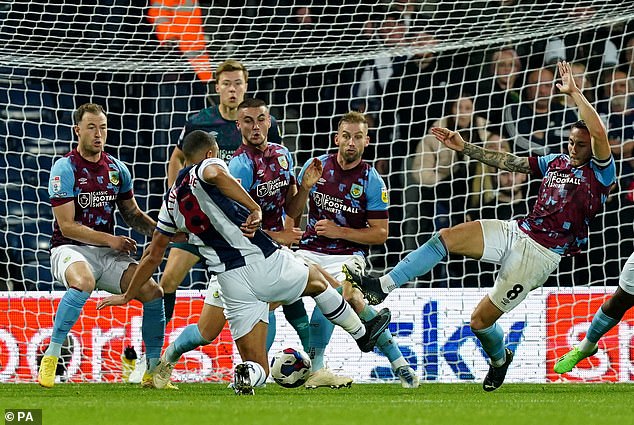 Jed Wallace crashed an angled rising drive over the bar from 12 yards after he started the move before Taylor Gardner-Hickman’s cut back.

Captain Dara O’Shea then headed over the bar after meeting Wallace’s corner at the far post, before John Swift curled a shot straight at goalkeeper Arijanet Muric.

There was brief respite as Rodriguez glanced a header straight at David Button.

But the hosts returned to the attack as Conor Townsend’s far-post volley forced Muric to scramble around the post before Kyle Bartley headed Wallace’s corner against the top of the bar.

Burnley’s tactic of hitting Albion on the break threatened to succeed when the dangerous Nathan Tella picked up a loose ball, but his half volley from the edge of the box flew a few yards wide. 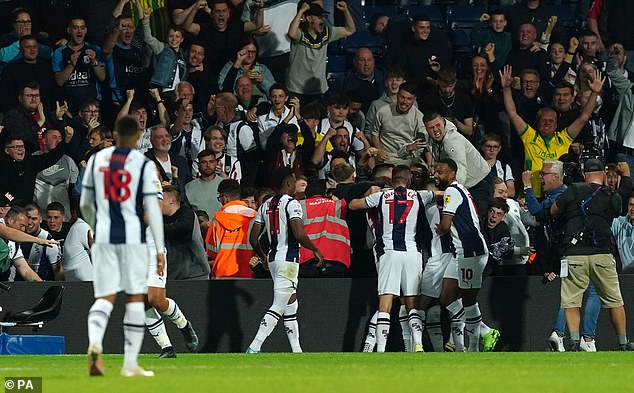 The Hawthorns exploded into pandemonium when Asante-Thomas, their new signing, scored right at the end to salvage a point 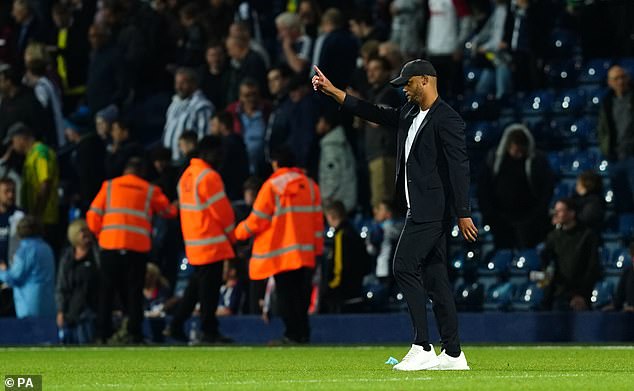 On-loan Southampton striker Tella was a suddenly a huge threat to Albion, winning a penalty after latching onto Muric’s long kick only to be brought down when Button’s right foot caught his left instep.

Rodriguez coolly sidefooted home from the spot to give Burnley a 30th-minute lead, scoring his fourth goal of the season.

Muric tipped a shot from Wallace around the post then Dara O’Shea headed straight at the Burnley goalkeeper when Okay Yokuslu headed on Swift’s free kick.

Wallace then beat Muric at his near post after galloping onto a through ball only to see his shot hit the near post. 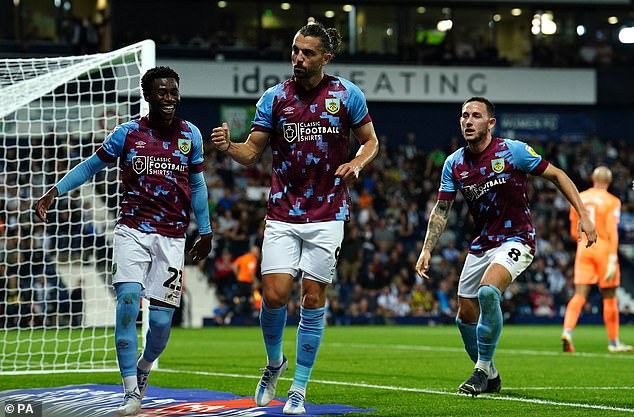 After the break, Wallace wasted yet another chance for Albion after scuffing his effort straight at Muric from Townsend’s cross.

Albion piled on the pressure in the latter stages but Burnley remained resolute and kept clearing their lines.

That pressure finally told in in the eighth minute of time added on.

Thomas-Asante, signed from Salford City for £300,000 in the transfer window, equalised when he scooped home after Swift’s free kick had been scuffed across goal by Burnley defender Connor Roberts. 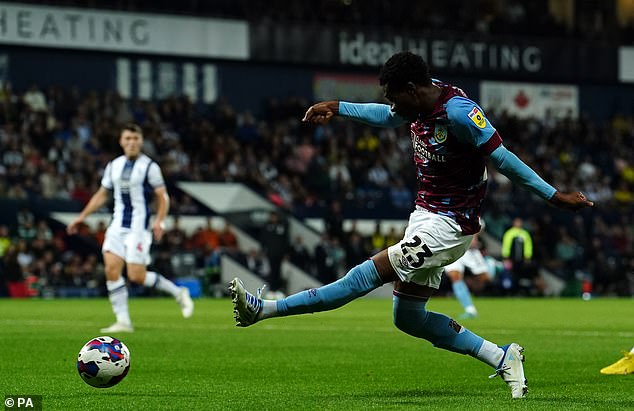