Report as Christian Benteke goes from hero to villain for Palace after two yellow cards; but West Ham couldn’t make the extra man count; Sebastian Haller had levelled the game with an outrageous overhead kick 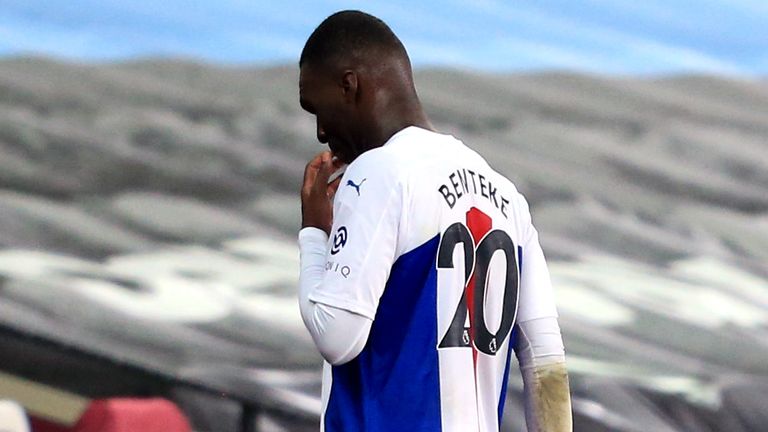 Christian Benteke scored but was then sent off as Crystal Palace survived playing 20 minutes with 10-men in a 1-1 draw with West Ham.

The rejuvenated Palace striker scored his third goal in his last three games (34) when connecting with Joel Ward’s cross as the visitors looked set to burst West Ham’s bubble after four wins in their last five matches.

Roy Hodgson’s side are a tough team to peg back once in front and it required a moment of brilliance from Sebastien Haller (55) to draw West Ham level as he thumped home an overhead kick that nearly took the net off.

Benteke then went from hero to villain when picking up a second yellow card for an elbow on Tomas Soucek.

A win would have taken West Ham above Manchester City and Chelsea into fifth but they rarely carried the required quality to seriously put Hodgson’s men under significant pressure.

West Ham have a London derby with Chelsea, who have lost their last two league games, on Monday Night Football. Meanwhile, Palace welcome Liverpool to Selhurst Park on Saturday lunchtime.