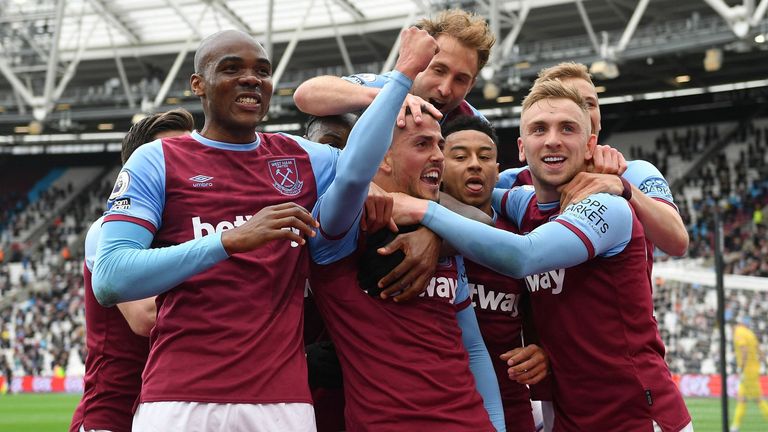 West Ham secured their best league finish in 22 years and qualified for the Europa League as a 3-0 win over Southampton secured a sixth-placed finish.

In front of 10,000 fans, David Moyes’ side needed just a point to secure sixth place and took full control of their destiny in the first half with Pablo Fornals scoring twice in a quickfire double (30 & 33) that took the game away from Saints.

Declan Rice added further gloss to the scoreline in the closing stages (86).

It caps a memorable season for Moyes and his impressive side, whose haul of 65 points sets a new club record for most points in a Premier League season.

They have qualified for the Europa League group stage, courtesy of Leicester winning FA Cup, while Southampton end a rather mediocre season in 15th.

Man of the match: Declan Rice

Clubs will be able to start planning for the new term when the top-flight fixtures are released at 9am on Wednesday, June 16 but transfer business can start in earnest before then, with the summer transfer window opening on Wednesday June 9.

The 2021/22 Championship season begins a week before the top-flight one on the weekend of Saturday August 7. All Sky Bet EFL fixtures will be announced at 9am on Thursday June 24.