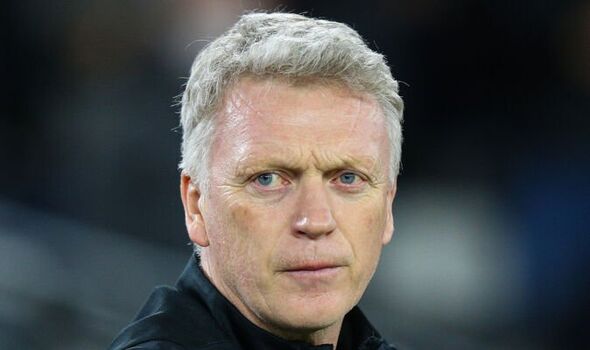 West Ham manager David Moyes has revealed all about how his sacking at Manchester United unfolded when his stint at Old Trafford came to an end in 2014. The Scotsman suggested that the affair was not handled with dignity after his tenure at the club was brought to an end less than one year after being appointed.

Moyes was sounded out by Red Devils icon Sir Alex Ferguson back in 2013 while his 26-year stint in the Old Trafford hot seat was drawing to a close. He had been with Everton for over a decade where he led an over-achieving squad all the way to the Champions League qualifying round in 2005/06.

He was therefore seen as an ideal candidate to follow on from Fergie given his experience as part of a long-term project, but results did not take long to plummet following the change of management. Directly after Ferguson’s departure, Moyes’ struggles came as a shock to the system and put him under pressure within a few months.

While his predecessor was given time to see out rough patches, Moyes was not afforded the same luxury and was sent packing after 10 months at the helm. He did not return to English football for another two years, taking on a challenge abroad with Real Sociedad in the meantime.

“I believe that if you’re a leader, giving bad news should be done with dignity,” he explained to the High Performance podcast. “Whatever line of work it is, there will be things in life where we have to give bad news.

“But I think there is a style you should do it in. When you’re one of the biggest sports clubs in the world, you should know how to do that, and in the end it didn’t end very well. It was done by a ‘come into the office early in the morning and meet’, but by the time it got round the media had got hold of it.”

Despite the bitter taste left by his Man Utd farewell, Moyes has since found solace in his second stint as manager of West Ham. Having found a rhythm and a winning recipe in east London, the Scotsman is on course for a second consecutive top-six finish at the London Stadium and they currently lead United in the Premier League table.

A second leg victory over Lyon this week would also send them to a Europa League semi-final. Moyes has seemingly put the gripes behind him eight years after leaving Old Trafford and even delivered kind words to the supporters who, by and large, were calling for him to be sacked during his short stint in the dugout.

“I hold no grudges whatsoever now,” he added. “I’m well moved on and, as I say, it’s in the past. I like going back to Old Trafford.

“A lot of the supporters don’t see me in as bad a light as some others do. They understand exactly how difficult it was.”