Does Gareth Southgate want England to be safe or stimulating? Boss must solve dilemma after return to three-at-the-back has left his team lacking any cutting edge, while his best win – in Spain two years ago – used a different system entirely

Despite dominating possession, particularly in a second half which saw Jack Grealish dazzle, Gareth Southgate’s side could not carve out a breakthrough as they struggled in their execution when they came to the final third.

It marks something of a puzzle for the England boss, after a recent return to the three-at-the-back system which was so in favour at the 2018 World Cup. To what extent should Southgate praise the performance, whilst acknowledging that in the end the Three Lions came up short? 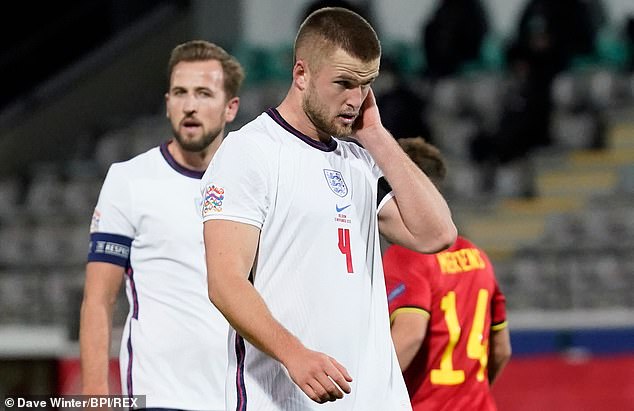 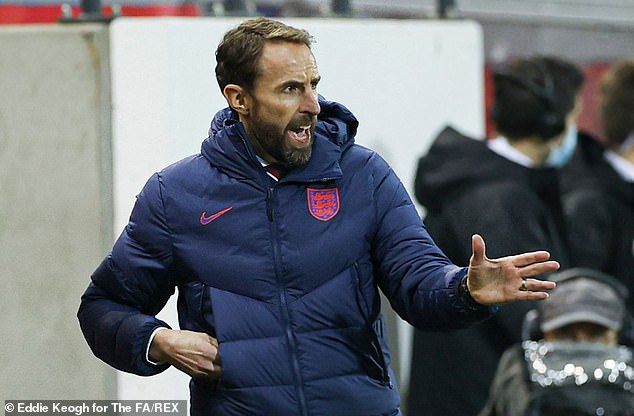 Some have even accused England of becoming boring. After all, with three central defenders in the team you remove one of the attacking spots in which a penetrating forward would inevitably be more fruitful. It is a dilemma – shape and security or freedom and finesse?

‘We were very exciting to watch against Belgium,’ Southgate argued on Tuesday, ahead of England’s now dead-rubber Nations League clash against Iceland tonight.

‘Statistically, our job is to analyse games during and after them and our coaching eye on how we played and we look at the data – that’s as good a performance that we’ve had against any of the big nations.

‘The interesting thing is the perception that we didn’t start the game well. In the first half an hour we had more attempts on goal than Belgium… possession they had a tiny bit more. But we had more dangerous attacks and more shots on goal.’

It is a fascinating take, from an opening half-hour which saw Belgium take an early two-goal lead.

But England did indeed have openings of their own, though often lacked incisiveness, pace and conviction in the penalty area.

Southgate then went on to compare the display – at least from a statistical basis – to the victory in Spain two years ago, one of the most impressive wins of his tenure.

‘That performance [Belgium] was in contrast to Spain, which everyone is talking about, that was our worst performance statistically.

‘There were other things we did brilliantly that night – we played with great endeavour and we counter-attacked really well.

‘But the perception of that game is not the reality. So as a coaching team, we have to look at: if you perform to those levels every week we’ll lose games. If we perform to the level we did against Belgium, we’ll win games.’

That famous night in Seville in October 2018 saw England race into a 3-0 first-half lead, in a 4-3-3 formation which saw Raheem Sterling and Marcus Rashford – who were both on the scoresheet – thrive in behind the backline.

Granted, those livewires out wide were not available to Southgate this time round – two key players out among a plethora of England injuries. 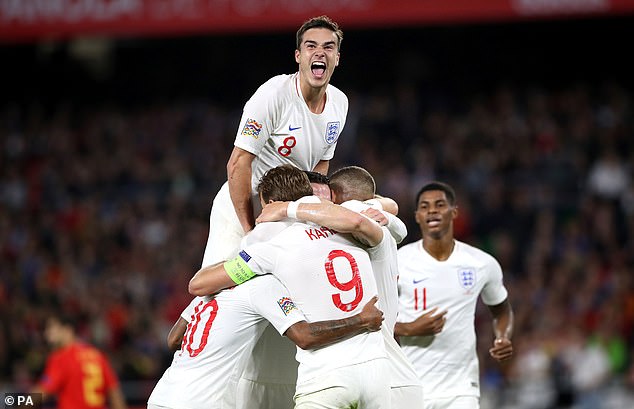 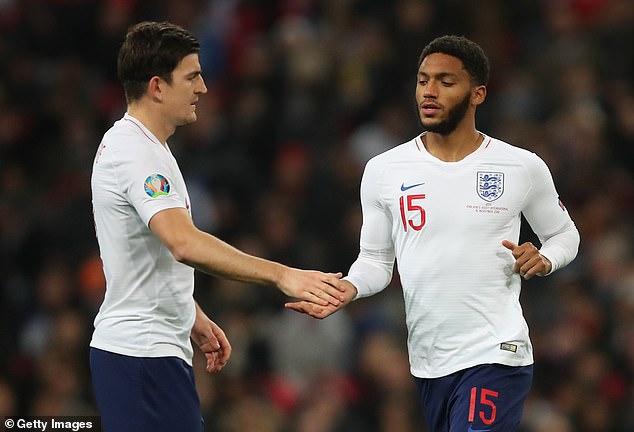 But there must have been food for thought for Jadon Sancho on Sunday. Fresh from a goal against the Republic of Ireland last week, a player valued at £108million by his club only saw 20 minutes from the bench as England searched for a goal against the Belgians.

Could his pace from the wings have been utilised earlier? For all their strengths, was having Mason Mount and Grealish on either side leaving England devoid of raw speed, as they tried to scour a route back into the contest?

Sancho’s non-inclusion against world-class opposition on their home soil was a result of an England line-up consisting of solidity, made up of five defenders and two deep-lying midfielders in Jordan Henderson and Declan Rice. 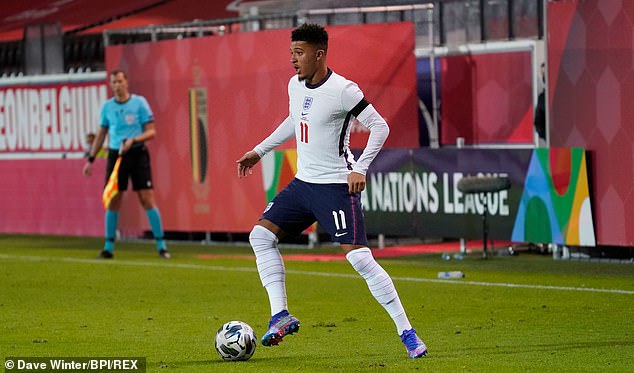 But what do the stats say about England’s different use of formations in the last two years and the net result on attacking prowess?

So, not a lot of difference, you might think. However, an average of two more shots on target per game is no doubt significant in the grand scheme of things and seems obvious, given the extra player further up the pitch.

Yet looking to Sunday’s defeat specifically, Southgate’s side did have more of the ball and more control of the game overall than their Belgian opponents. But, does that even matter, if an end product is lacking? 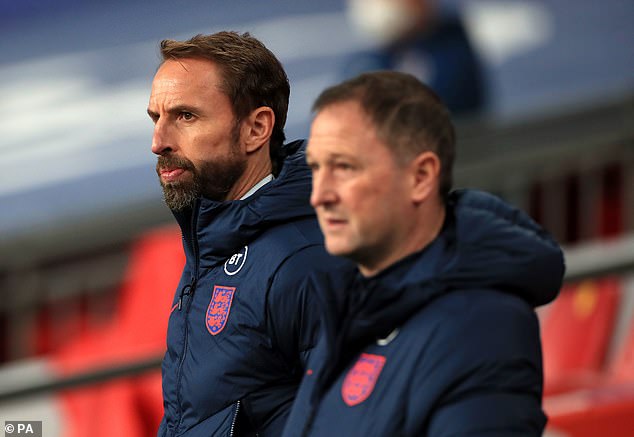 ‘It’s a fascinating debate because the perception especially after a defeat, there’s always a narrative and there’s always a story and whichever way we play there’ll always be strengths and weaknesses to the team,’ Southgate admitted.

‘We’ve got to try and find the best path, try and keep improving it. We’ve seen it’s a system which has flexibility, can be adaptable, different profiles of players in different positions can change it.

‘That’s what we’ve done for the last few games, and then we’ll get to the end of this camp and we’ll review everything ahead of March.’

Tonight’s match against Iceland will bring Southgate further opportunity for experimentation, more so than a definitive attempt at pinning down a formation. 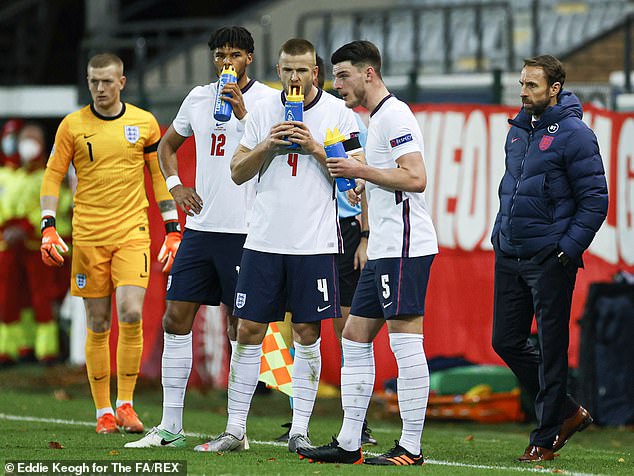 Southgate has reverted back to three in central defence – but will that work next summer?

But as the international calendar takes its usual four-month hiatus, Southgate will continue to ponder which system will best suit England come the delayed European Championships next summer.

Labelling England as ‘boring’ is far-fetched and far too simple an analysis for a side brimming with exuberant talent. But Southgate will eventually have to decide – secure or stimulating?

England’s major tournament hopes, and bedding of as many top players as possible in the starting XI, could just depend on his final choice.

Tags: formation, should, Southgat, What
You may also like
Latest Posts