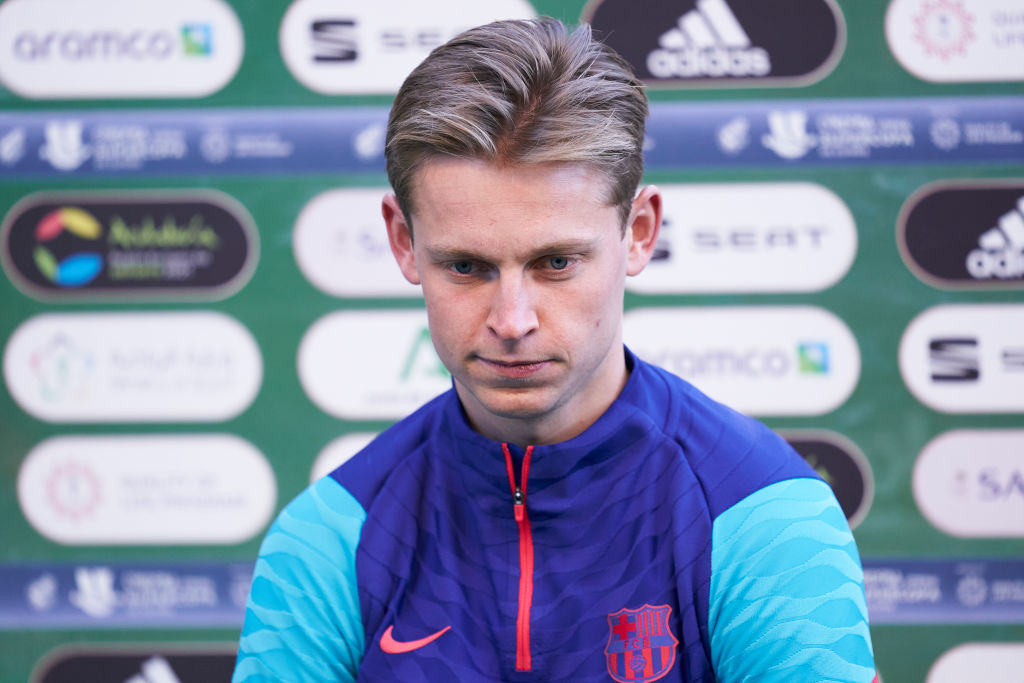 Frenkie de Jong has told his Barcelona team-mates there is no chance he will leave Camp Nou for Manchester United as the Spanish side weigh up trying to force him out, according to reports.

After long and protracted negotiations with Barca, the two clubs have finally agreed a deal worth €85million (£72m) – with £63m of that paid up front and the rest in bonuses.

But agreeing a fee appears to have been the easy part, with De Jong totally unconvinced by a move to Old Trafford.

The Netherlands international is happy and settled in Catalunya and even asked his agent to inform United CEO Richard Arnold and football director John Murtough to give up their pursuit.

Barcelona, though, are pushing hard for De Jong to leave because his sale is now considered necessary in order to comply with financial fair play rules and allow them to register their new signings.

At a meeting on Thursday, Barca officials spoke with the 25-year-old and outlined their position, saying it is fundamental to the club’s finances that he accepts United’s offer.

But he is still not budging, with Spanish newspaper Sport claiming he told his Barcelona team-mates: ‘It is impossible for me to leave. How am I going to leave Barca?’

Although De Jong is unimpressed with the way he has been treated by Barcelona’s hierarchy, he and his girlfriend love living in the city and do not want to move to Manchester.

The couple only recently bought a house in the Pedralbes neighbourhood and they feel very settled in Catalonia, while De Jong feels he still has plenty to contribute to the club on the pitch.

His team-mates are said to be unsure of how the transfer saga will now play out, and whether the player or the club will come out on top.

Xavi remains a big fan of De Jong and the rest of the squad have noticed that they remain on good terms around the training camp, with the Spanish coach still showing affection towards his midfielder.

But Xavi also recognises the financial implications of not selling De Jong, with Ousmane Dembele – who just signed a contract extension – and new signing Raphinha unable to be registered with La Liga until they have freed up more funds and trimmed their wage bill.

As such, Barcelona are now weighing up the possibility of excluding De Jong from their upcoming pre-season tour of the United States in one last effort to convince him to leave the club and accept United’s offer.