Manchester United midfielder Bruno Fernandes has made an impact at Old Trafford since moving from Sporting Lisbon in the January transfer window. That has led to renewed speculation that Paul Pogba could leave the club this summer.

Fernandes has netted twice and provided three assists to his team-mates in five Premier League appearances.

Pogba has been absent for most of this season due to various injuries and that has led to speculation he could leave for Real Madrid or Juventus.

And some United fans believe Fernandes is the perfect player to replace the World Cup winner if he does exit Old Trafford.

But Ole Gunnar Solskjaer has been speaking about the prospect of Fernandes and Pogba forging a successful partnership for the Red Devils. 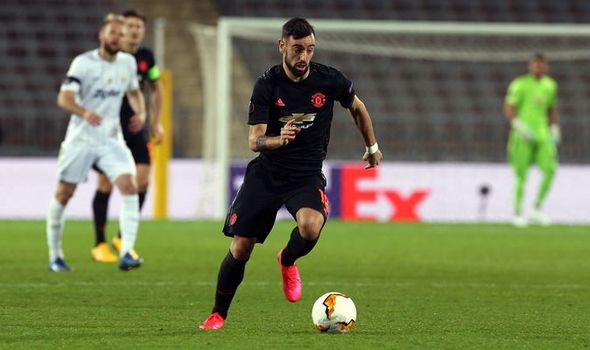 He said: “Of course, you look at our squad and you want the best players playing together.

“You have a hope that we get to the stage where we really challenge for the league.

“We want to consistently keep winning games like Manchester United teams do by playing convincing, attacking, free-flowing football with flair.”

Before adding of Pogba: “Paul’s still working with the physios outside, and he won’t be training with the first team until next week, and then let’s see how long that will take.

“He will need some time to get his football fitness back.”

News emerged last week that the midfielder could sign a new contract at United, which the reports claim smacked of Raiola worrying about Pogba being forgotten. 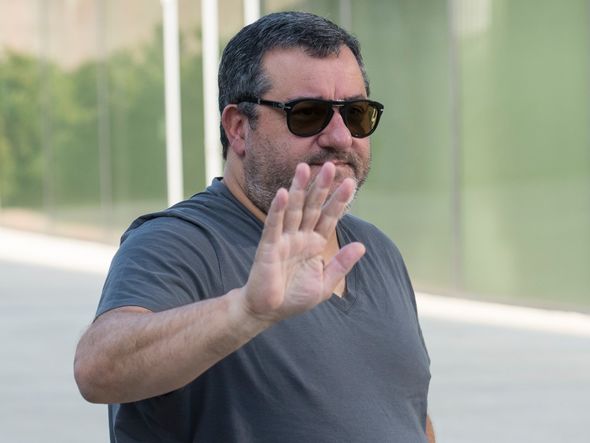 The agent previously had a war of words with Solskjaer earlier this season.

When quizzed on a  tweet sent by Raiola that heavily criticised the United boss, he replied: “I don’t have to comment about Mino Raiola through the media, I can talk to him myself.”

Asked if he would talk to Raiola personally, Solskjaer replied bluntly: “Probably not.”

United are currently out of action along with football clubs all over the world because of the coronavirus crisis.

The Premier League are set to meet tomorrow to try and come up with a solution with the season at a standstill.

Before the suspension of the top flight, United were in fifth just three points behind Chelsea as they looked for Champions League qualification.