Ruud van Nistelrooy has insisted that he did not discuss Cody Gakpo with Manchester United director Sir Alex Ferguson after meeting his former manager at PSV’s Champions League clash with Rangers. Van Nistelrooy was pictured talking with Ferguson following the 2-2 draw at Ibrox.

United have been strongly linked with PSV winger Gakpo. The forward has already scored three goals in six appearances this season, continuing his good form from the previous campaign.

There was speculation that United might have urged iconic former boss Ferguson to discuss a potential transfer with Van Nistelrooy, who is Gakpo’s head coach at PSV. But the ex-striker has quashed those claims, clarifying that he only had a ‘personal’ chat with Ferguson. 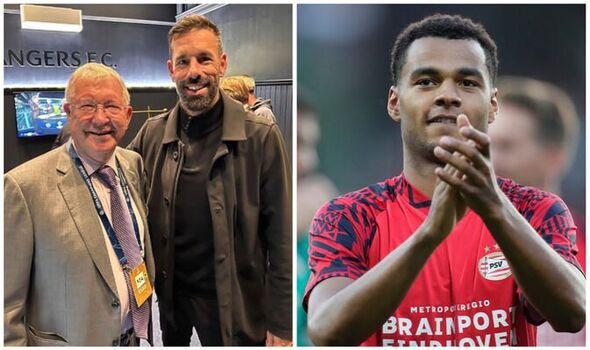 “Gakpo? We didn’t talk about it. We just checked on each other. We didn’t really talk about United or the players. It was just a personal discussion, really,” Van Nistelrooy told journalists.

The 46-year-old scored 150 goals in 219 appearances for United, all of which came under Ferguson’s management. The pair won one Premier League title together.

“I was proud that he was able to see me as coach managing my team,” Van Nistelrooy added. “I’m glad he’s well. I spoke to him just briefly but he’s well and looking great.

“His family is well. As I say, it was great to see him. For him to see me on the touchline at Ibrox is a proud moment.” 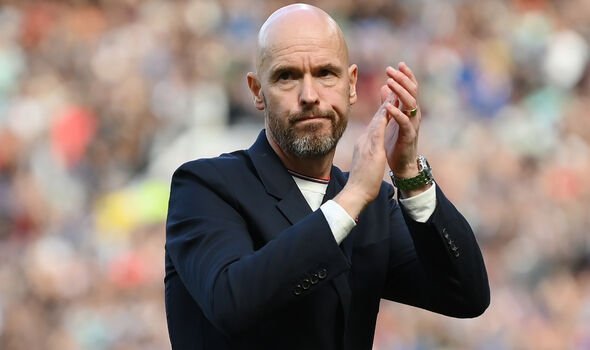 It comes as United scramble for new signings to help Ten Hag recover from a woeful start to the season. The Red Devils lost 2-1 against Brighton on the opening weekend before being thumped 4-0 by Brentford last Saturday.

The Old Trafford outfit could be one of the busiest Premier League clubs before the September 1 transfer deadline. Ten Hag is desperate for additions.

Wide-ranging reports suggest that United could make an offer for Real Madrid midfielder Casemiro. The Brazilian could be surplus to requirements at Real Madrid due to the arrivals of several midfielders at the La Liga club.

Sky Sports report that a proposal has been made to the representatives of Ajax winger Antony. The winger’s agent will present the offer to the Eredivisie club.