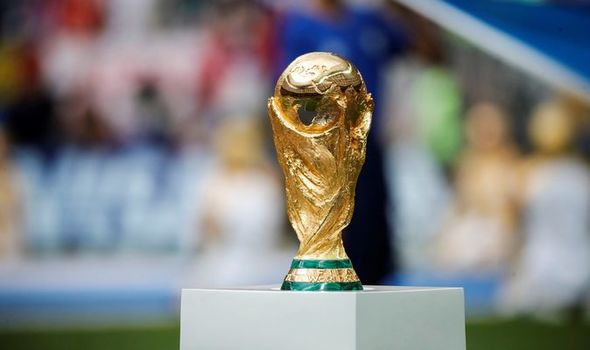 England will be looking forward to the draw for the 2022 World Cup in Qatar after sealing their place at the tournament with a resounding win over San Marino on Monday evening. The Three Lions hit double figures to see off their lowly opponents on away turf to confirm their participation at football’s most prestigous tournament next year.

Harry Maguire, Emile Smith-Rowe, Tyrone Mings, Tammy Abraham and Bukayo Saka were also among the scorers, with Phillipe Fabbri also turning into his own net for the hosts early on.

The result saw England top Group I with eight wins and two draws from their 10 qualifying matches.

All eyes will now turn to next year’s World Cup with Gareth Southgate’s side looking to finally get their hands on a first major international trophy since 1966.

The draw for the group stages of the tournament will take place on April 1, 2022, giving England seven months to prepare for their opening fixture.

It will be held in the Qatari capital of Doha and coincide with the 72nd FIFA Congress, which is taking place in the city on March 31.

A total of 32 teams will be involved at next year’s World Cup, but only 30 will be confirmed at the time of the draw.

The two remaining teams will be confirmed at a later date following the conclusion of the intercontinental play-offs.