When Roberto Mancini made his mark on Leicester! The Italian preached the importance of team spirit during his loan spell at the Foxes in 2001… 20 years later his passionate team stand in the way of England’s shot at glory

Roberto Mancini is recognised in the Premier League for turning Manchester City into major trophy winners yet he was making his mark on English football more than a decade earlier.

The Italy coach is the main obstacle standing between England and their greatest moment since 1966 after rebuilding the national side from the ruins of November 2017, when they failed to qualify for the World Cup for the first time since 1958.

If Italy do lift the trophy on Sunday, though, City are not the only club who will be pleased for Mancini. The master creator ended his playing career with a five-game loan spell at Leicester, which finished abruptly in February 2001 when he accepted an offer to join Fiorentina as manager. 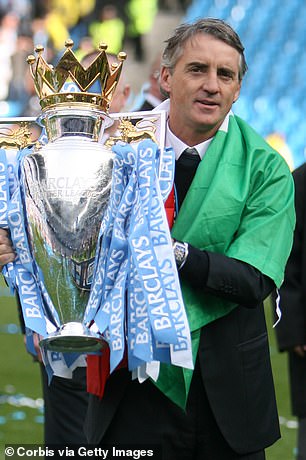 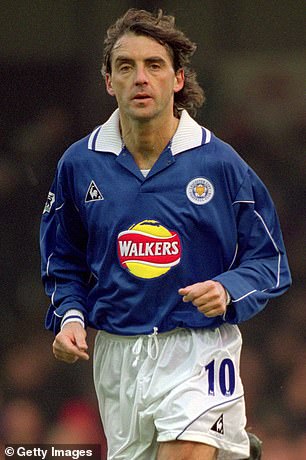 At 36, Mancini could have simply turned up and taken the money. Instead, he immersed himself in life at Leicester’s Belvoir Drive training ground, watching reserve and youth matches and passing on his experience — 13 trophies with Sampdoria and Lazio and 36 international caps — to younger players.

One of these was 19-year-old Matt Piper. A local boy, Piper would go on to score the final goal at Leicester’s old Filbert Street stadium in May 2002 before joining Sunderland for £3.5million, but he remains grateful for the impact Mancini made.

‘He was one of the first people to believe in me,’ recalls Piper, who now watches every Foxes game for BBC Radio Leicester. ‘I remember playing in a behind-closed-doors game at the training ground against Blackburn, and he and Stan Collymore were watching. 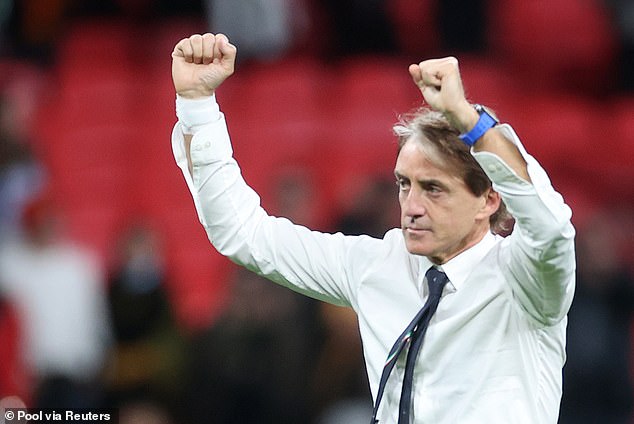 ‘Mancini came up to me afterwards in the canteen with a tactics board. I used to watch Channel 4 when they showed Italian football every Sunday and he was one of my favourite players, so I was star struck, but he started moving the pieces around the board to make his point.

‘I was a winger and I’d always go on the outside of the full back. Mancini told me I should start coming inside more because he thought I had the attributes to do it. He told me I was a top player and that I could make it at Leicester. That was when I really started to believe in myself.

‘When he was around, there were quite a few parties but he didn’t really join in. Not because he wasn’t popular but because that wasn’t his lifestyle. You could see he looked after himself and did things right off the pitch.

‘I was gutted when he left. Nowadays, you’d be able to follow each other on social media and stay in touch that way. But back then it wasn’t an option and I wasn’t going to approach him and say “Can I have your number?” – though I wish I had.’

Peter Taylor was the Leicester boss when Mancini arrived but the deal was first suggested by a mutual friend, former England manager Sven Goran Eriksson. 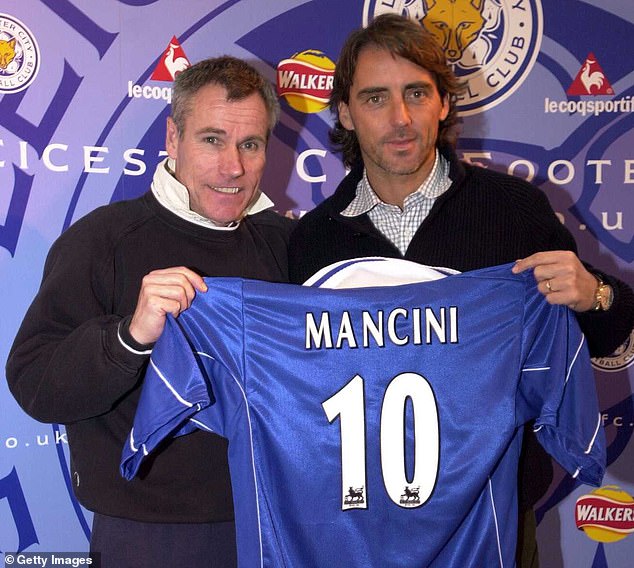 Taylor had been England Under 21 coach at the start of the Eriksson era while Mancini had worked under the Swede at Sampdoria and Lazio.

‘We were playing with Stan Collymore and Ade Akinbiyi in attack and I needed something different,’ explained Taylor. ‘I had links with Sven, who said we should think about Mancini.

‘He was an absolute gentleman, a top fella — very serious about what he did. He didn’t just turn up for training and go home again. He would look closely at everything we did.

‘He used to talk to me about the importance of team spirit and how strong he thought it was at Leicester. I think he saw with us how vital it was to develop that, rather than just treating the players as you want to. Roberto has done that with Italy because of what he is — a consistent and serious professional.

‘I fancy England on Sunday but Italy’s spirit is my main worry. You see them celebrating clearances like other teams celebrate goals.’

Taylor knew that it would take time for Mancini to adjust to the speed of the Premier League but still felt the move worthwhile because of what he could bring to the squad. 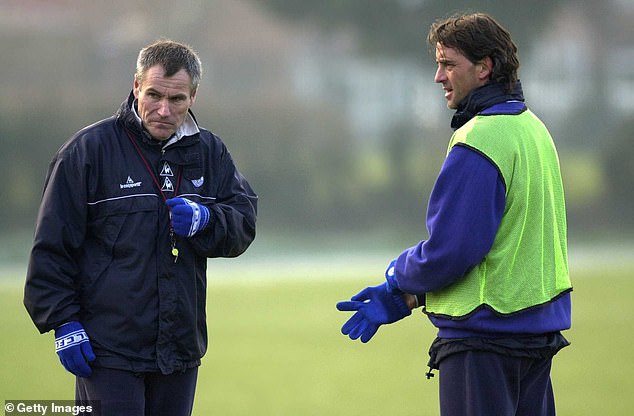 Mancini made his debut in a 0-0 draw with Arsenal in January 2001, and his final game was a 2-1 defeat at Everton the following month. Though he enjoyed his time in the East Midlands, the chance to begin his coaching career in Florence was too good to turn down.

‘We knew he wasn’t going to be fully fit straightaway but the squad loved him,’ added Taylor. ‘You could tell how much they wanted to speak to him about his life and career. They couldn’t wait to have a coffee with him.

‘In the end, because he had the offer from Fiorentina, there wasn’t time to get him match fit, but we would have got there. I’m still very pleased we brought him over.’ ends

Tags: his, made, Mancini, Roberto, When
You may also like
Latest Posts