Scotland need to beat Croatia to progress in Euro 2020 but the big question is where are the goals coming from?

Steve Clarke’s side are the only team still to find the net at the European Championship finals ahead of their final Group D clash against Croatia at Hampden.

Here, the PA news agency assesses the potential goalscorers in the Scotland ranks.

The Australian-born striker has come a long way in the past two years, moving from Queen of the South to QPR via Livingston and  beginning his international career in September last year. Both of Dykes’ Scotland goals came in his first four matches and he endured a four-month drought for his club this season before hitting seven goals in his final 10 matches of the Championship season. Has missed some good chances in recent games but is always a threat in the air.

The Southampton forward experienced a similar barren spell this season before taking his Premier League tally to nine for the campaign. The 24-year-old only made his Scotland debut in March and, like Dykes, hit two goals in his first four appearances. Failed to make the most of some Wembley chances but looked a handful.

The 24-year-old has enjoyed a meteoric rise since being released by Partick Thistle three years ago, going through the Scottish divisions with Raith Rovers, Dunfermline and Hibernian and hitting 75 goals in the process. Yet to start an international but netted against Holland in the warm-up games. 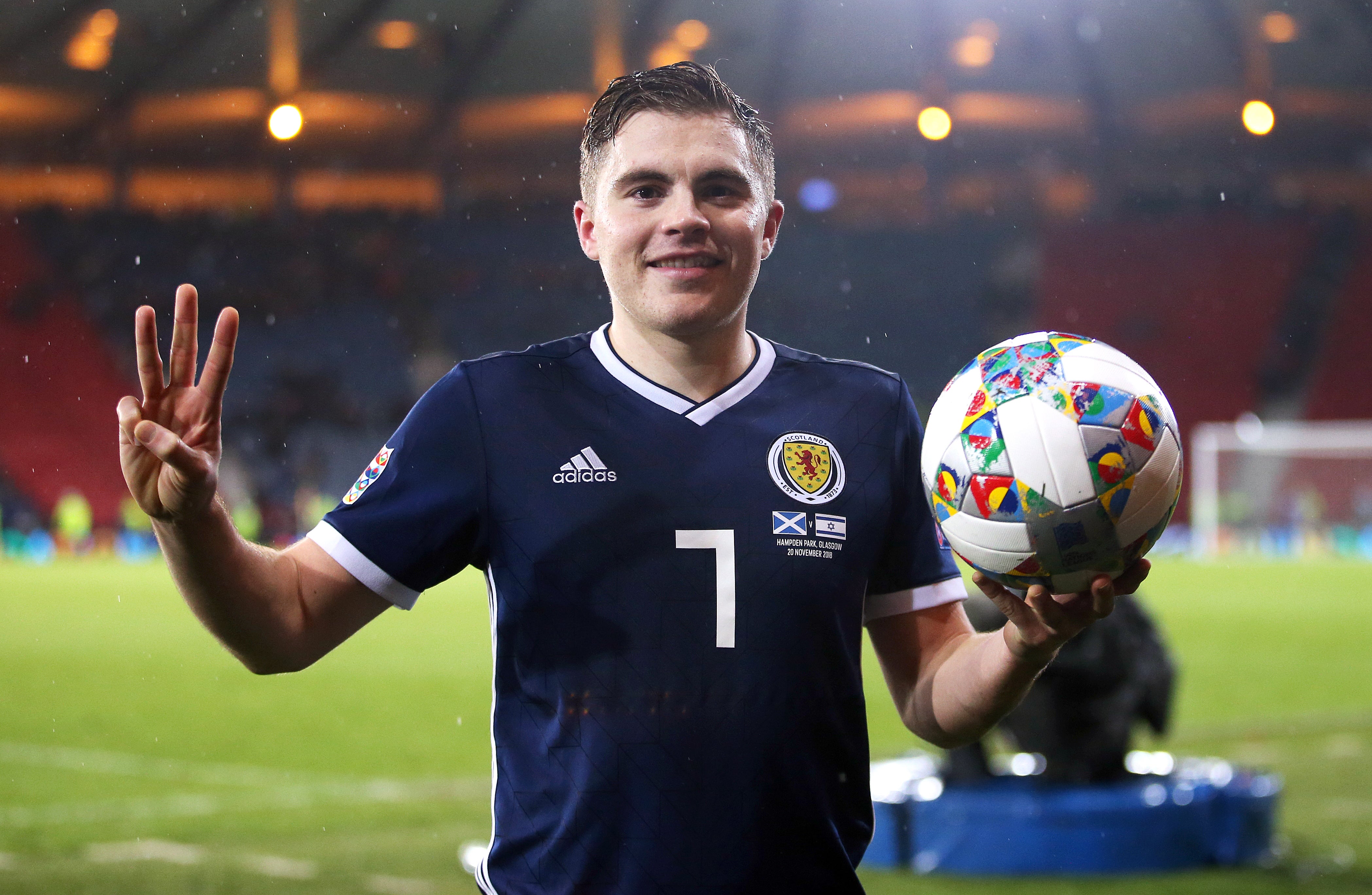 Played a major role in qualification with a double in Albania and a hat-trick against Israel in consecutive games helping Scotland seal top spot in their Nations League group. The Celtic winger has missed most of the season through injury and been a victim of Steve Clarke’s formation, but came close to scoring off the bench when he came on as a wing-back against the Czech Republic. Could cause problems from the same position against Croatia.

Scored in his last three appearances for Scotland before the summer. The Newcastle wide player has impressed in a role as an auxiliary striker under Clarke.

The top goalscorer in the squad with all of his strikes coming in the past two years. The Aston Villa midfielder might be sacrificed for a deeper role following the loss of Billy Gilmour but his long-range shooting could still offer a route to goal.

Scored in Serbia to send Scotland on their way to play-off success – his fourth goal in five internationals. The former Inverness centre-forward, now a number 10, was prolific for Celtic two seasons ago and hit spectacular goals at Hampden in the delayed Scottish Cup semi-final and final late last year.

Came close to scoring on his debut against Holland and offers a prolific record from midfield with Motherwell and Celtic, netting nine goals in the second half of the campaign for the Hoops.

More of a provider than a creator but his shooting with either foot has landed him goals throughout his career. Scored five times for Southampton last season.

Yet to net at international level and playing a deeper role for both club and country these days but he is approaching 70 career goals and his long-range shooting ability makes him a potential threat.