Jack Grealish is increasingly one of Britain’s most popular footballers, proving his worth for England at this summer’s near-miss Euros and earning himself a £100million move from Aston Villa to Manchester City, making him the most expensive British player in history.

Now 26, Grealish made his Champions League debut for City in a 6-3 thriller against RB Leipzig this week in which he scored his side’s fourth goal.

His time at Villa saw him make his debut in May 2014 and rise to become captain of his hometown club, ultimately scoring 29 goals in 185 appearances, a record he looks set to surpass at City on the basis of his fine start to the new Premier League season.

But it’s Grealish’s style that continues to fascinate many, particularly the question of just why exactly it is he insists on wearing child’s shin pads and his socks at half-mast like a young Steve Claridge.

While this sartorial choice unquestionably serves to show off his shapely calves, surely it poses a risk of injury to a player who attracts more fouls than an open honey pot draws bees? 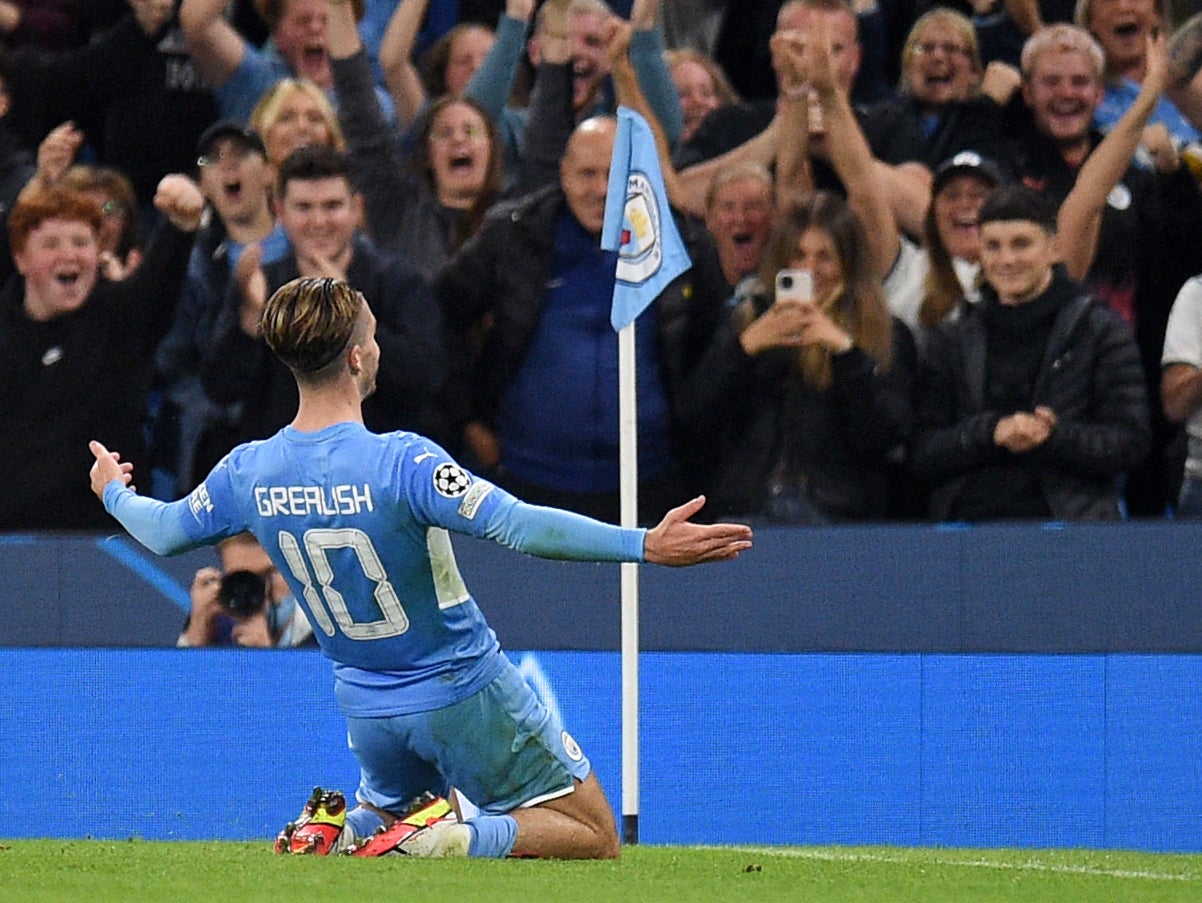 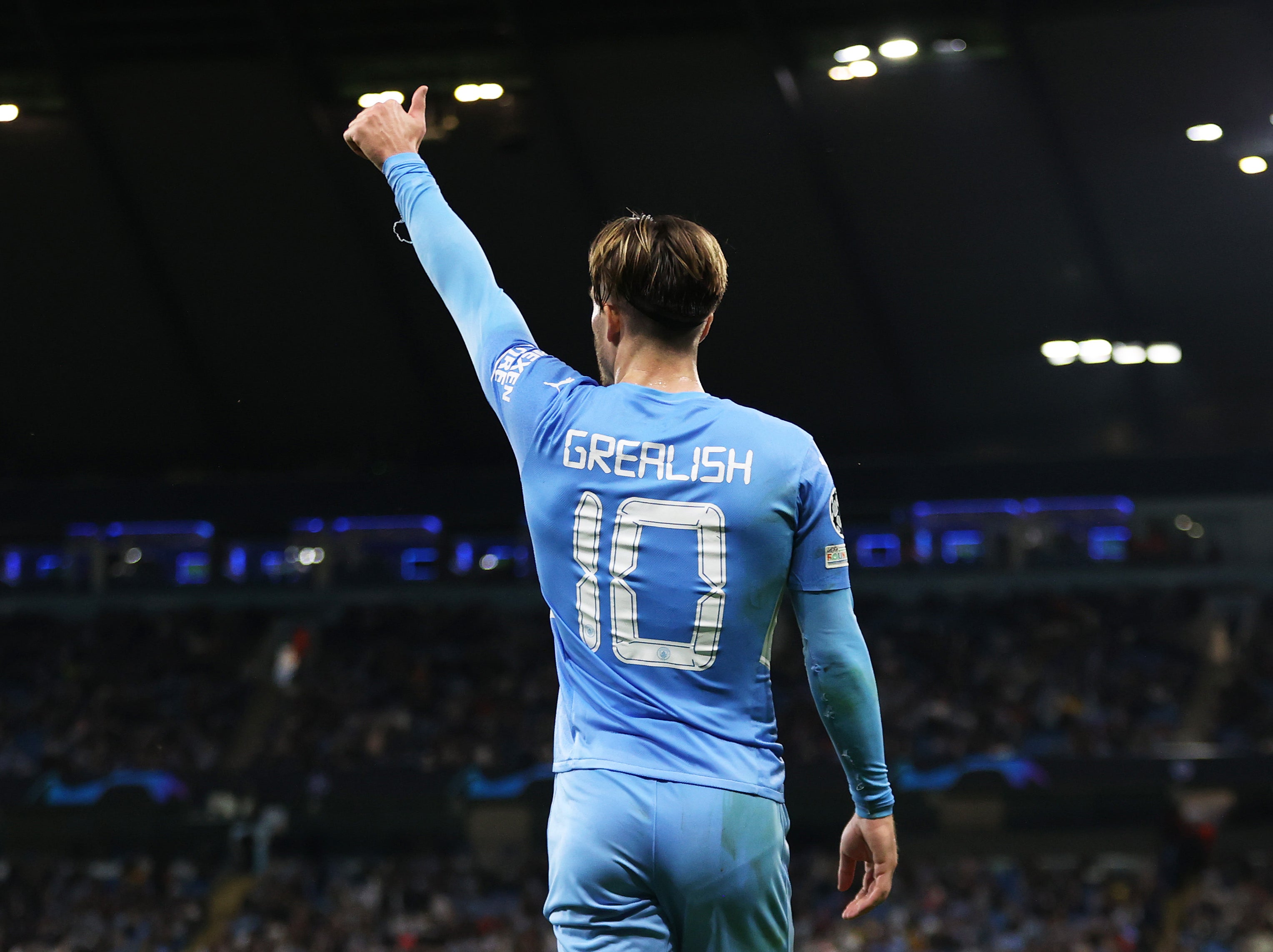 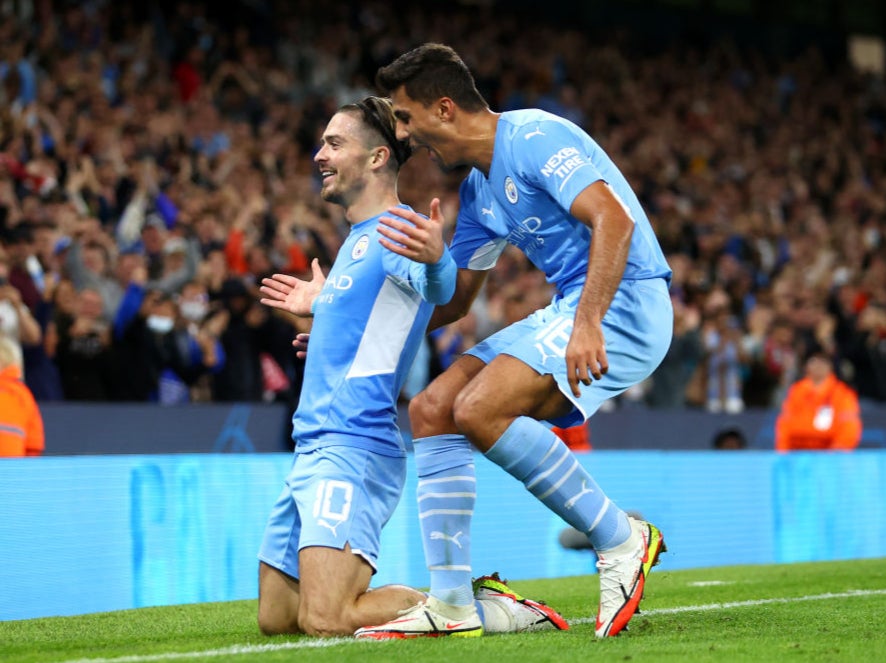 Grealish explained his reasoning in an interview with GQ earlier this summer as follows: “The low socks and tiny shin pads is just something I’ve always done. People have suggested a lot of different reasons as to why I wear them like that.

“It began during one season when I was 15 or 16 and the socks in training kept shrinking. I had to wear them underneath my calves and that season I ended up playing really well. So I ended up keeping them like that and to this day I’ve still got them. My shin pads are kids size, seven to eight, so that’s why they’re so small.”

A revealing interview, Grealish also told the magazine he runs Moroccan oil through his hair before blow drying and counts Neymar, Karim Benzema and, naturally, David Beckham among his fashion icons.

Asked again about his socks by The Birmingham Mail in his Villa days, he elaborated: “It became a superstitious thing for me… A lot of people say that it’s because of George Best. While I love him and admire so much what he did, that isn’t the reason.

“A few referees have tried telling me but I’ve got to keep it like that.”

Interviewed by the sadistic Amelia Dimoldenberg while hooked up to an electric shock system in August 2019, Grealish was again invited to explain his “teeny tiny” shin pad situation.

Dissatisfied by his “superstition” explanation, Dimoldenberg zapped him and declared: “Wrong. It’s because you’re obsessed with kids’ clothes. And you wear them all the time.”

A good sport, the midfielder denied this with a grin before revealing that his favourite romantic comedy is teen weepie The Notebook (2004) and singing a few bars of “Hero” by Mariah Carey.