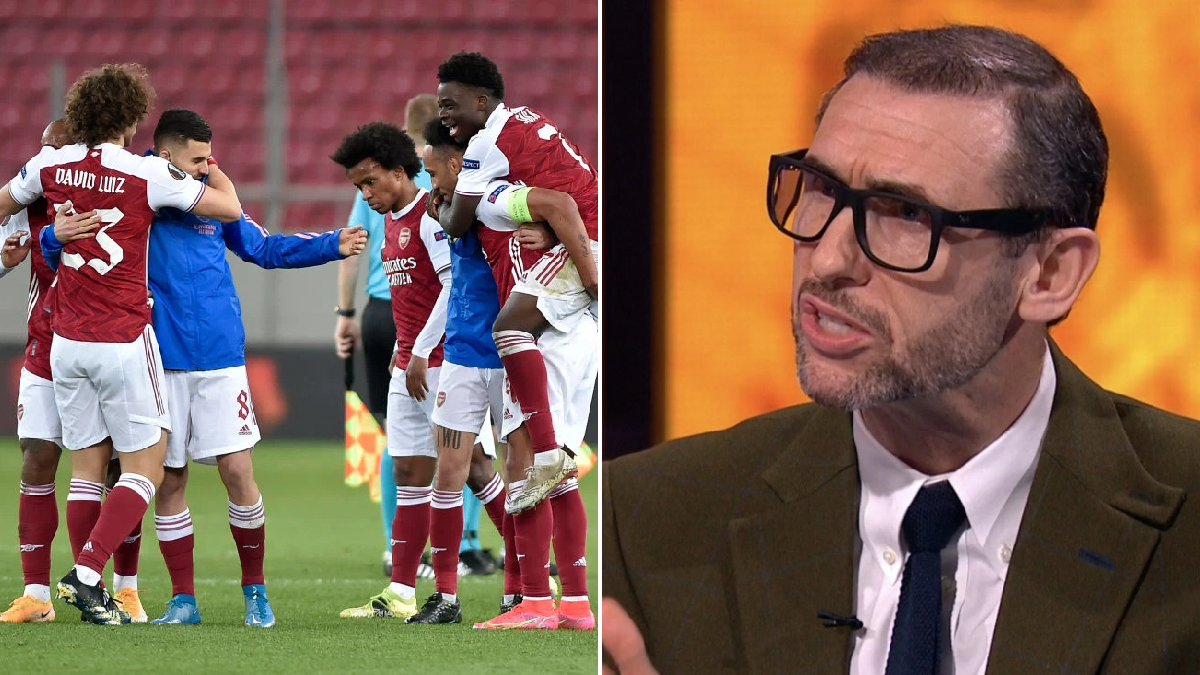 Martin Keown has heavily criticised Arsenal midfielder Dani Ceballos’ mistake-riddled performance against Benfica in the Europa League and questioned his role in the team.

The north London club were given an almighty scare in Athens on Thursday for the ‘home’ leg of their last-32 clash, giving up two soft goals – one a free-kick conceded by Ceballos, the other an under-hit back pass from the Spaniard.

He was hauled off with Arsenal needing two goals and they managed to fight back as time ran out, with Kieran Tierney kick-starting the comeback before Pierre-Emerick Aubameyang netted a late winner in a 4-3 aggregate victory.

Keown was far from impressed with Arsenal’s performance, however, and was particularly scathing about Ceballos’ display, with the former Gunners defender concerned by his role in the team.

‘Ceballos, this late in the season, he’s a creative midfield player being asked to do his defensive duties and he’s been found wanting. And that’s got to improve,’ Keown said on BT Sport.

‘A set of mistakes if you look at the tie overall, the penalty that was given away, the free-kick and then Ceballos with that inconceivable header back to his own goal. And you’ve got to learn from this.

‘Because you wonder, should Ceballos be the deep-lying midfielder there anyway? Because if they’ve got a corner and everyone has gone up, why is he even there? Because we’ve seen defensively it’s not his strong suit.

‘He’s someone who’s creative, who can play with the ball. So that’s going to have to be looked at.

‘Of course, he was taken off straight away. I was worried when Willian came on. Twenty-six appearances but only two shots on goal.’

On Ceballos’ error for Benfica’s second goal on the night, Keown continued: ‘Well you hope he can come back from it, but I would argue as to why he’s sitting there on the edge of the box.

‘He’s dealing with the forward run and he’s got a pivotal role there and he’s looking around him and I think he can actually see the player running through but for some reason actually heads it back to his keeper.

‘And thankfully for Leno, we don’t go down to 10 men at this point. He’s looking at the player, I’m not sure where he thinks he ends up and there’s not enough weight on that to get back to the goalkeeper anyway. Leno thankfully doesn’t dive in and we live to fight another day.

‘But at that point it was really looking bad for Arsenal, and you start looking at futures, where they are in the league table and their season was pretty much over at that point.’