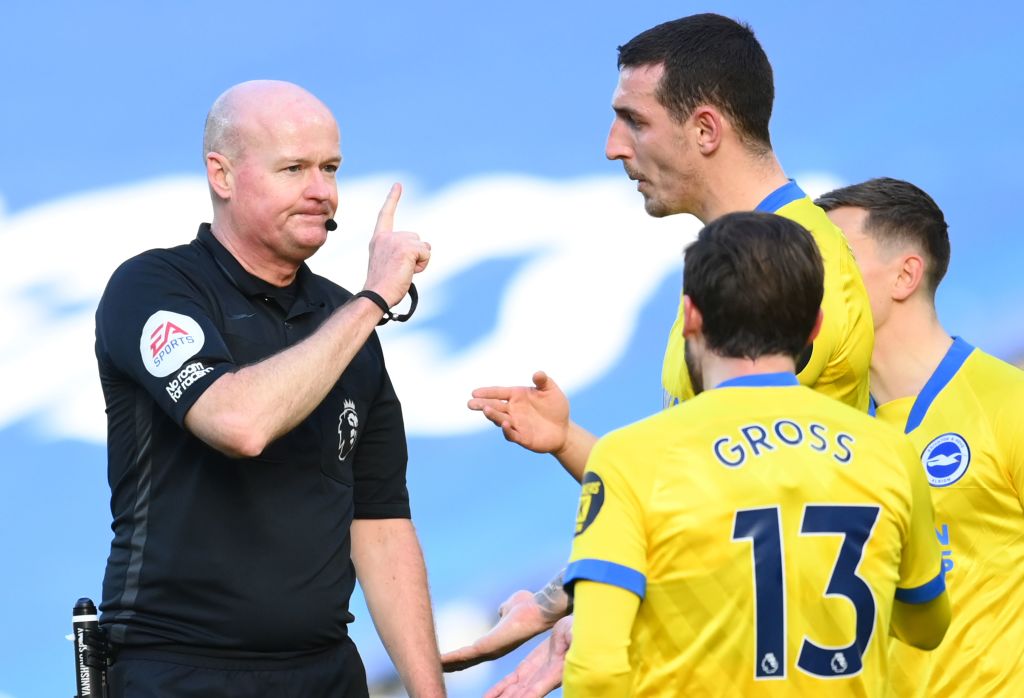 Lee Mason sparked consternation among the players and management of West Brom and Brighton after eventually disallowing, for a second time, Lewis Dunk’s goal at the Hawthorns.

The experienced official had already been at the heart of a contentious issue when, after he was encouraged to consult the pitchside monitor by the VAR, he awarded a penalty for a handball offence from Okay Yokuslu.

Pascal Gross squandered the opportunity, however, smashing his effort against the crossbar, but the visitors thought they had drawn level just shy of the half hour mark, courtesy of Dunk’s quick thinking.

Mason blew his whistle while Sam Johnstone was still linining up his defensive wall, seemingly offering an invitation for Dunk to take a quick free-kick.

The Brighton defender gleefully accepted and curled the ball around the wall and beyond the stranded Albion goalkeeper.

Mason, however, was forced to reverse the decision again after VAR confirmed he had blown his whistle for a second time, realsing he had been premature with his first blast, before the ball had crossed the line.

A chaotic series of events finally culminated with Dunk handed the opportunity to strike at goal again but this time, with Johnstone in position, the goalkeeper was able to make a comfortable save.

Mason has been no stranger to controversy already this season. The 49-year-old was in the VAR hotseat for the recent London derby between Fulham and West Ham when it was his ruling that prompted Mike Dean to send off Thomas Soucek after the Czech international had inadvertently struck Aleksandar Mitrovic.

After launching an appeal, the Football Association overturned the decision and Soucek was free to play in West Ham’s next match.

Tags: disallowed!, Lee, Lewis, Mason, Why
You may also like
Latest Posts