Bayern Munich midfielder Thiago Alcantara revealed that working under former manager Pep Guardiola stopped him from joining the ‘best league in the world’  to join up with Sir Alex Ferguson at Manchester United.

Thiago came through the ranks at Barcelona and benefited from Guardiola’s world class coaching methods which he admits has carried through to his current tenure spent in Germany with Bayern Munich.

The 28-year-old had been forced to leave Spain with fierce competition which led to the German champions acquiring him six years ago after being a product of the Catalunya youth system.

Injuries initially hindered his progression with his first three years at the club disrupted by a knee ligament tear, a broken ankle and he once again found it tough to break into Bayern’s midfield with Toni Kroos, Bastian Schweinsteiger and Mario Gotze. 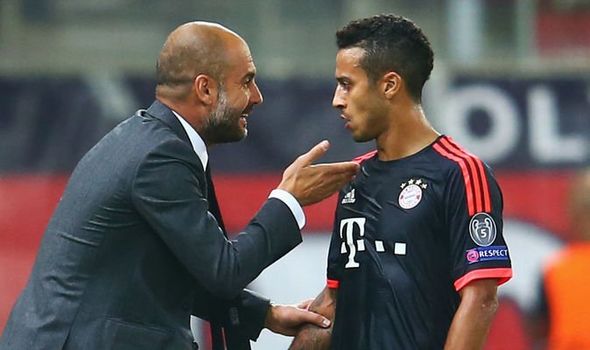 Thiago eventually established himself across Europe to help Bayern win eleven trophies and Guardiola helped him blossom to a genuine world-class talent, and describes him as the most influential coach.

He spoke to The Independent on his former boss, who is now at Manchester City: “Of all the coaches we had here, and Barca, he was the one with the most intensity, most concentration.

“You had the same tension training as playing. You’re attuned to learn and hone your game.

“With other coaches, training sessions can be a bit more light-hearted, but with Pep it’s always concentration.”

Guardiola helped him develop into a decorated player and working with one of the finest coaches brought the best out of the playmaker’s ability to make his mark in the first-team.

He added: “My style is not only because of Barca. There is also the Brazilian idea of a pivot. 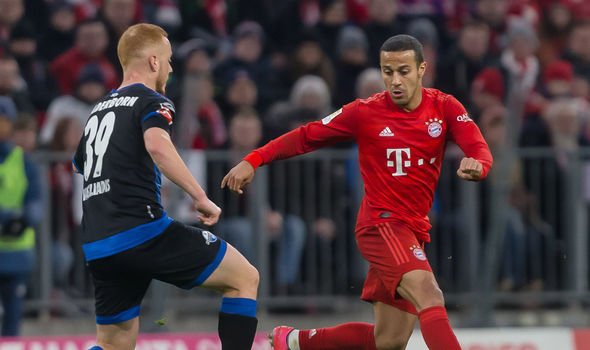 The Spanish international has described Munich as “home” and revealed he does not plan to leave the Allianz Arena despite transfer links to his Spanish roots.

“My son is Bavarian. He was born here, so you do feel some ties and roots here,” he said.

“More than an international club, it’s a family club. You can move about easily here, be friends with everyone that works here at Sabenerstrasse. It makes it feel like home.”

Thiago is currently gearing himself up for when Bayern travel to face Chelsea in the first-leg encounter at Stamford Bridge in the Champions League tonight.