‘He’s been brilliant on and off the pitch’: Chris Wilder praises Sheffield United captain Billy Sharp after his extra-time winner against Reading put Blades into the quarter-finals of the FA Cup

Chris Wilder praised ‘brilliant’ Billy Sharp after his extra-time winner as Sheffield United squeezed through to the quarter-finals of the FA Cup with a 2-1 win over Reading at the Madejski Stadium.

David McGoldrick had put the Blades into the lead early in the match but his header was cancelled out when George Puscas converted a spot-kick just before the half-time break.

Chris Wilder had said his side wanted to be successful in the competition, having gone out in the third round last year to non-league Barnet, and they needed extra time to reach their first quarter-final since 2014. 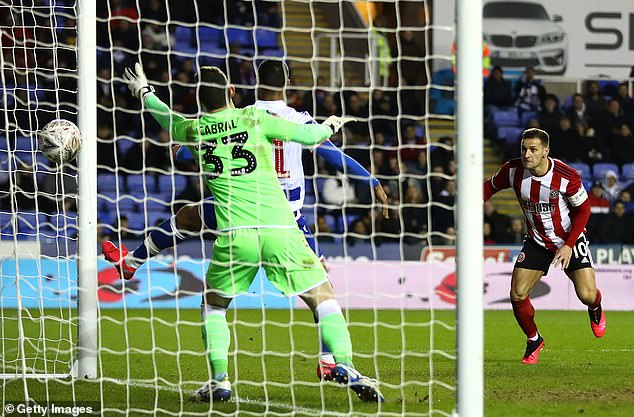 Sharp had only scored two goals previously this season, compared to 24 last term, but his header was enough to see the Blades through to the next round.

‘He’s been brilliant on and off the pitch,’ Wilder said of Sharp.

‘He’s not played a lot of football leading up to Christmas but he’s kept himself in great shape and he’s always had a part to play.

‘He epitomises what we’re about, selfless, when he plays there’s still life in him – who’s to say that he’s not got a little bit more left in the tank?

‘He’s a natural finisher, it’s a brilliant goal from our point of view.’

Reflecting on the game, the Blades boss added: ‘It was a tight game and a tough game, we knew that we knew it was going to be that way. 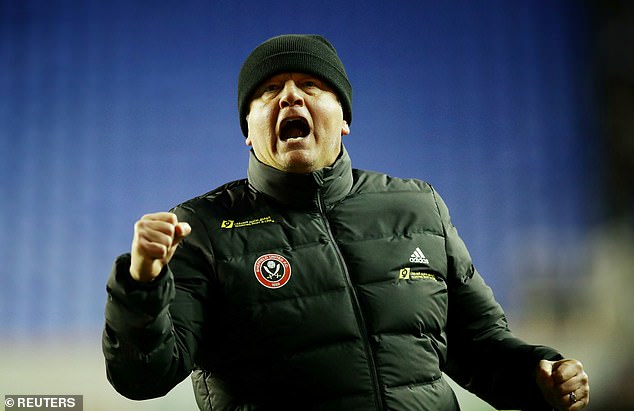 ‘They’ve got some talented players, I thought the Reading crowd was excellent as well, really inspired their players.

‘We’ve prepared in the right way and we’ve found the way to win a tough cup tie.’

Reading manager Mark Bowen was frustrated as his side missed out on reaching the quarter-finals.

Bowen said: ‘It’s hard to take, when you put that much effort into the game and the way the game developed. 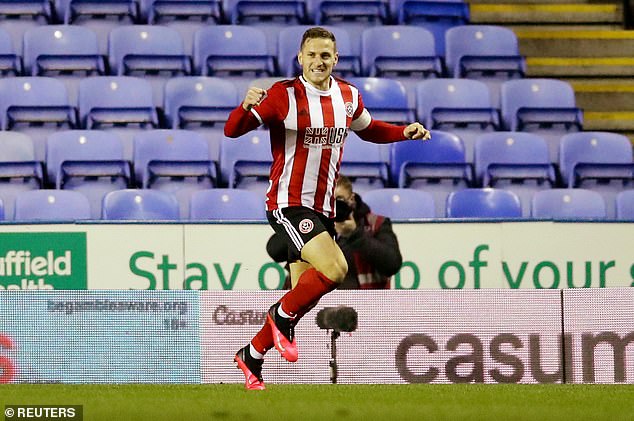 Sharp had only scored two goals previously this campaign, compared to 24 last term

‘We knew at times we were playing a top-class side who’ve carried a lot before them in the Premier League this year.

‘When the game settled down after a terrible start, we played our own stuff and for large periods of the game, took the game to them.

‘As a coach and a manager I’m disappointed because the two goals were from crosses and we do a lot of work defensively on crosses, we got caught out there.