If there is a possible backlash to be faced by Manchester City on Wednesday night as they take on Real Madrid after the Spanish side lost and drew their last two games to lose top spot in LaLiga, it is nothing to compare with the scenario that faced them in September 2012.

Manchester City left empty handed on that night after a dramatic 3-2 win for Madrid brought Jose Mourinho to his knees.

It was the first month of what would be his final stormy season at the club and already everything was going wrong. Madrid were, after just four games, already eight points adrift of Barcelona having picked up just four points from a possible 12 in the domestic competition. 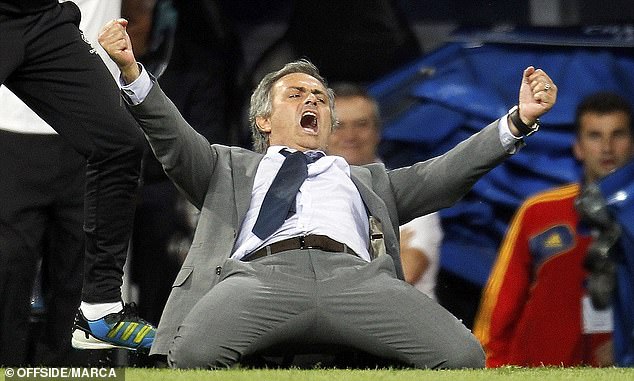 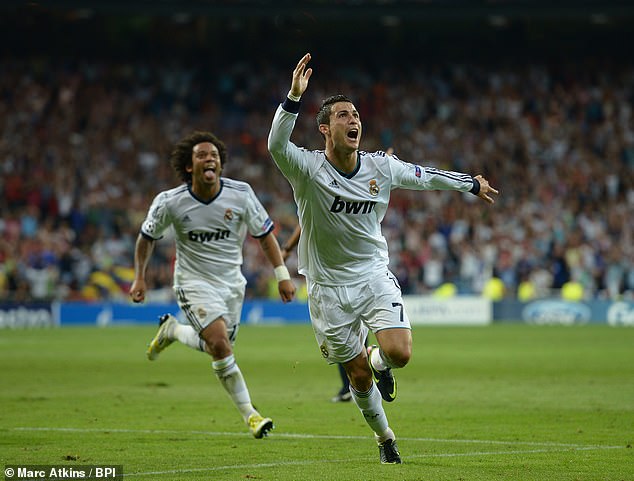 After a draw with Valencia on the opening day, a win over Granada, and away defeats to Getafe and Sevilla, Mourinho’s demise seemed imminent. No wonder he produced the second most famous knee slide goal celebration of his career when Cristiano Ronaldo scored the 90th-minute winner.

He had taken huge gambles with his team selection controversially leaving out Sergio Ramos and preferring Pepe and Raphael Varane against City’s forward line of Carlos Tevez, David Silva and Samir Nasri. Karim Benzema was also left out and the artists Luka Modric, Kaka and Mesut Ozil kept him company on the bench.

‘Joe Hart was incredible,’ said Mourinho after a game that, time and again in his press conference, he repeated: ‘We could have lost’. 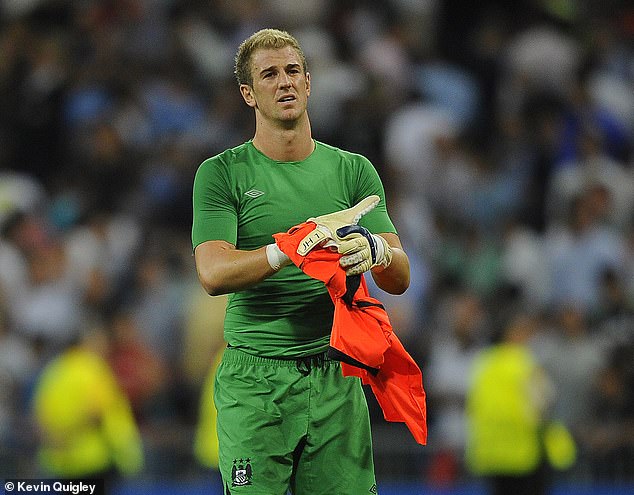 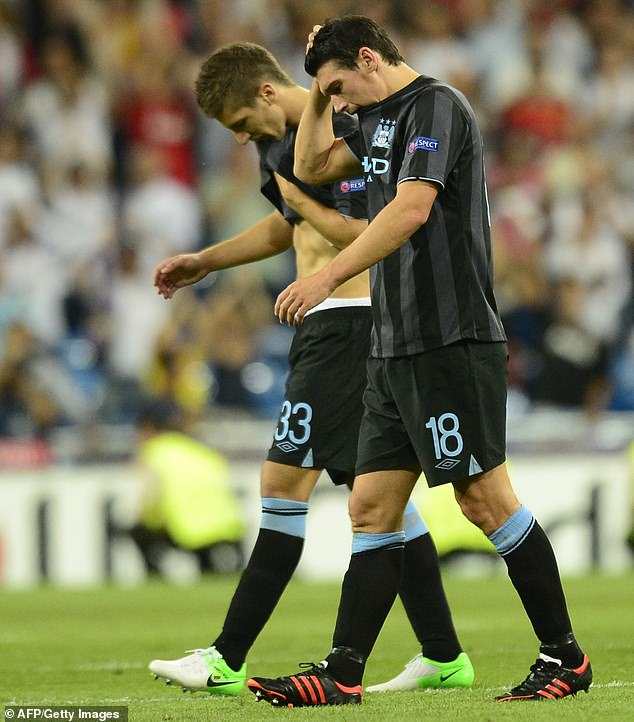 It was the sheer relief at not losing that had provoked the knee slide. His team was 2-1 down with 87 minutes on the clock but substitute Benzema equalized before Ronaldo scored the winner on 90 minutes.

Asked if the effusive celebration had been because he knew sports editors in Spain were ripping up front pages as the ball hit the back of the net he replied: ‘Of course.’

And imagining the headlines that would have been written he went on: ‘This “loco” who puts Varane in ahead of Ramos and who leaves out the creative players to play with [Michael] Essien, and [Samu] Khedira and Xabi [Alonso]. I know what was being prepared.’

Eight years on, David Silva is the only survivor in the Manchester City starting line-up. For Madrid, Ramos and Modric are still at the club. 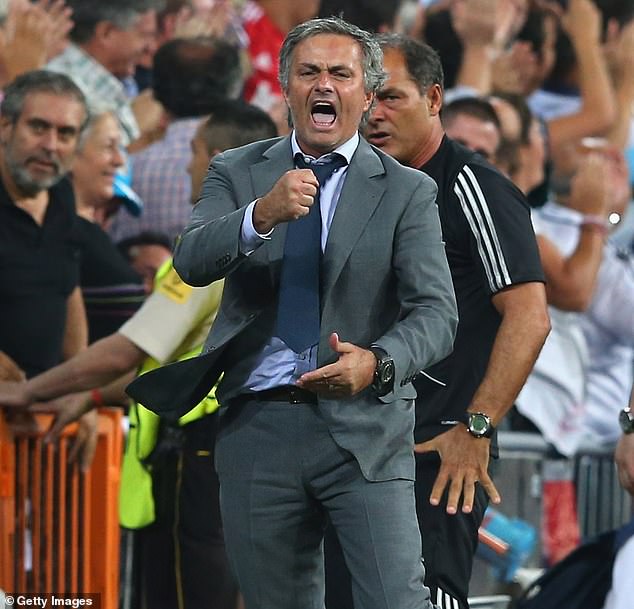 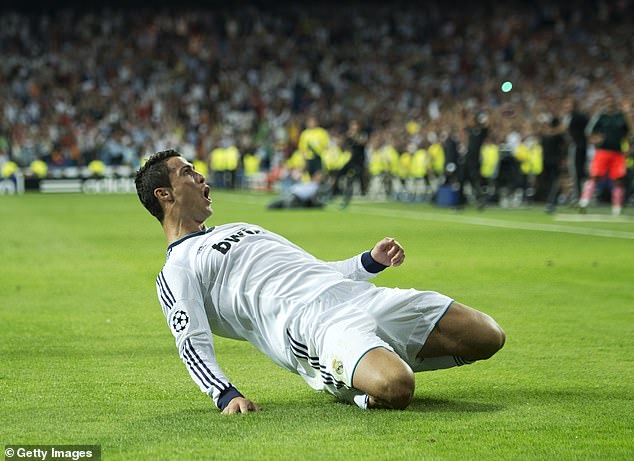 The ‘re-written’ headlines declared that Madrid had ‘rediscovered its essence’. Champions League football always tends to bring out another side to the 13-times winner. Madrid only lost won of their next 13 games and the drew 1-1 with City at the Etihad.

They did however finish second to Jurgen Klopp’s Borussia Dortmund in the group and eventually lost to them in the semi-final. Mourinho also lost the Copa del Rey final to Diego Simeone’s Atletico Madrid and he left the club that summer.

Real Madrid do not come into this game in anywhere near the same shape. Until the weekend defeat to Levante and the injury to Eden Hazard everything in Zinedine Zidane’s garden was rosy.

Hazard’s injury is a devastating blow for him but not necessarily the worst news for Madrid. Real Madrid’s record with him this season is seven wins, five draws and two defeats. Without him they have picked up 14 wins, six draws and two defeats. And he was missing for all but one of the 15 games they went unbeaten before the weekend loss. 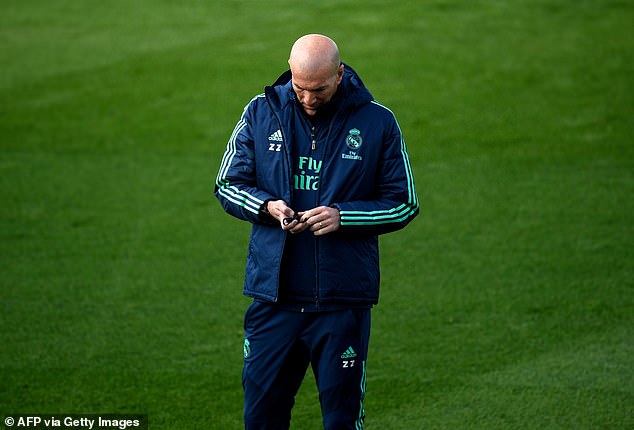 He was potentially going to bring them goals however. He got 21 last season for Chelsea in all competitions and even totting up half that total would have eased the burden felt by the rest of the team still missing Ronaldo’s phenomenal goal-a-game ratio.

This also feels like a very different Manchester City. The team that turned up in 2012 was coached by Roberto Mancini. This time it will be the man whose Barca so tormented Mourinho’s Madrid.

Pep Guardiola penned a biography in 2001 with Diario Sport journalists Lu Martin and Miguel Rico in which he dedicates a chapter to the brilliance of the then Juventus midfielder Zidane declaring: ‘He looks born to play in our league [LaLiga]’.

He wrote that he had never seen a player like him. 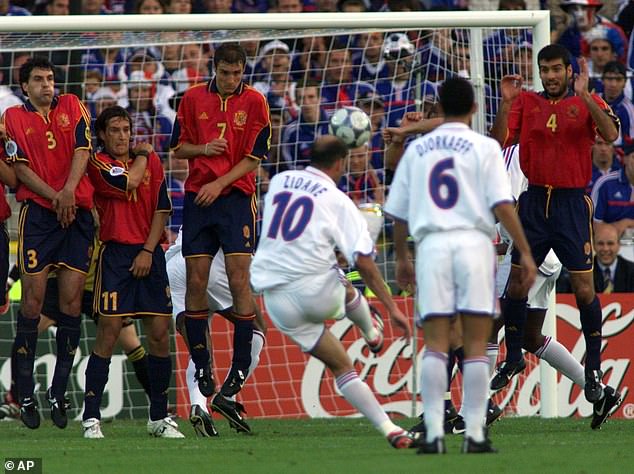 The two have had similar coaching careers taking over the clubs they played for and winning trophies despite having limited previous experience. Guardiola against Zidane is likely to be different to Mourinho against Mancini.

Manchester City will hope for a different outcome. They also faced Real Madrid in 2016 and were knocked out 1-0 on aggregate.

Third time lucky on Wednesday night will edge them closer to the elusive Champions League success and put Zidane’s future in a little more doubt, though not quite as much as Mourinho’s was in 2012.

Tags: City&apos;s, latest, T, trip, will
You may also like
Latest Posts