There’s no stopping him! Inaki Williams makes shock return from ankle injury picked up this week to START for Athletic Bilbao… continuing his record-breaking run of 237 CONSECUTIVE La Liga appearances

The forward went down injured in Monday’s 4-0 win at Cadiz and he looked set to miss Sunday afternoon’s clash with Espanyol.

But incredibly, the 28-year-old has been passed fit for the game and will keep his six-and-a-half-year record of not missing a game, firmly intact. 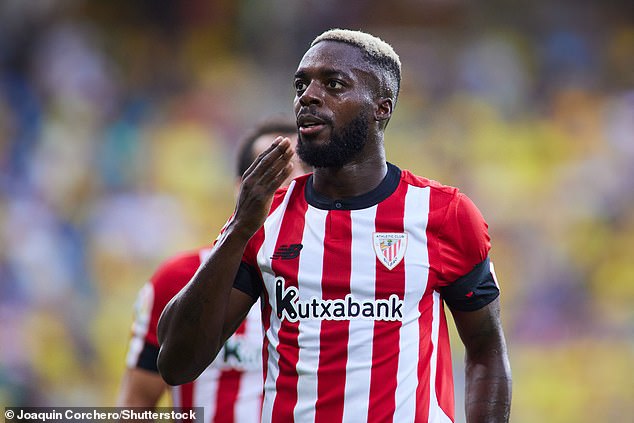 Williams is widely regarded as a club legend after joining the Basque club in 2012.

The Ghanaian international forward broke the record for the most consecutive appearances in La Liga in October 2021.

By breaking the record, he knocked Juanan Larranaga, of Basque rivals Real Sociedad off the top spot, to earn even more popularity among the club’s fans. 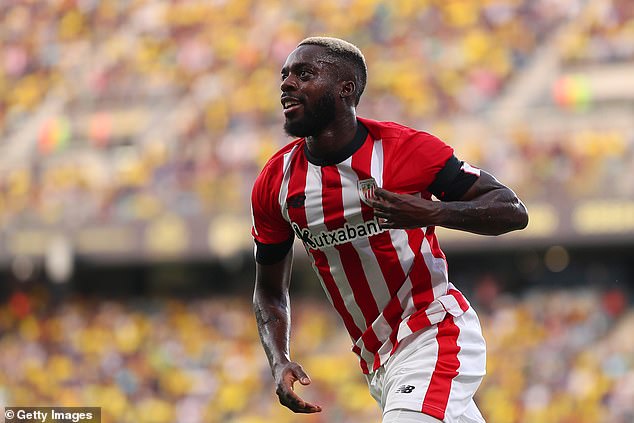 Athletic Bilbao feared Williams had suffered sprained ankle ligaments in the victory at Cadiz, which can normally keep players out for anything up to three months

But Williams’ miraculous recovery means the run will go on with appearance 237 set to take place.

Williams has clocked up 343 appearances for Bilbao, scoring 74 goals for the club.

He was part of last year’s Spanish Super Cup win over Barcelona, scoring the winner and picking up the man of the match ward.