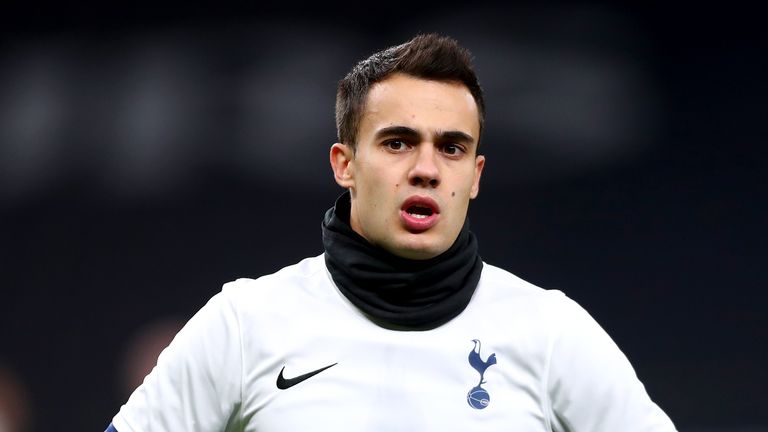 Team news and stats ahead of Wolfsberger vs Tottenham in the Europa League last 32 on Thursday; kick-off 5.55pm.

Hugo Lloris is likely to make way as Tottenham return to Europa League action on Thursday against Austrian side Wolfsberger, with Joe Hart expected to come into the side.

Spurs will be without Sergio Reguilon for the trip to Budapest, where the game was moved to due to the coronavirus pandemic, but the Spanish left-back could return at the weekend against West Ham.

Jose Mourinho has confirmed that youngsters Dennis Cirkin, Dane Scarlett, Marcel Lavinier and Jamie Bowden will be part of the squad but Serge Aurier and Giovani Lo Celso remain sidelined.

Wolfsberger will be without Mario Leitgeb and Eliel Peretz and manager Ferdinand Feldhofer is expected to lead with Dejan Joveljic and Dario Vizinger in attack.

Gareth Bale has been a bit-part player since his Tottenham return from Real Madrid, starting only two Premier League games and looking a shadow of the man who thrilled the fans in his first spell in north London.

Boss Jose Mourinho even criticised Bale for giving a “totally wrong” impression about his fitness on social media after the Welshman missed the recent FA Cup defeat at Everton.

But Bale showed some signs in a cameo appearance at Manchester City last weekend he still has the talent to trouble top defences, and Mourinho will be hoping that a Europa League date with Austrian outfit Wolfsberger in Budapest can act as a springboard to better times.

Tags: Euro, tottenham, vs, Wolfsberger
You may also like
Latest Posts