These are heady times at Wolves, worrying times for Norwich.

Under Nuno Espirito Santo, Wolves have been a revelation. A glut of fixtures has failed to hinder their progress in either the Premier League or the Europa League.

A comprehensive 4-0 win over the Spaniards of Espanyol has all but guaranteed a place in the last 16 in Europe – and the man who did the damage on Thursday night found Molineux fertile territory once again. 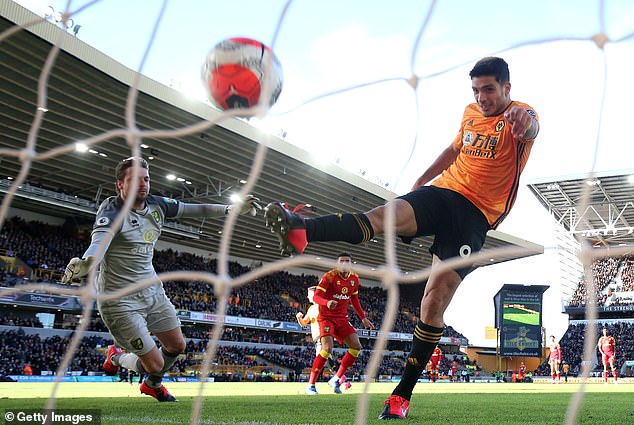 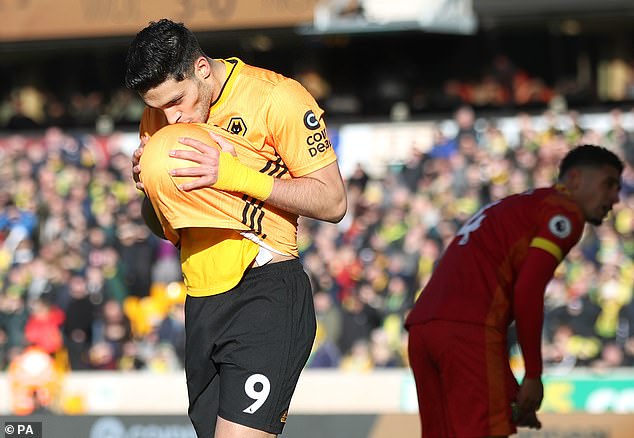 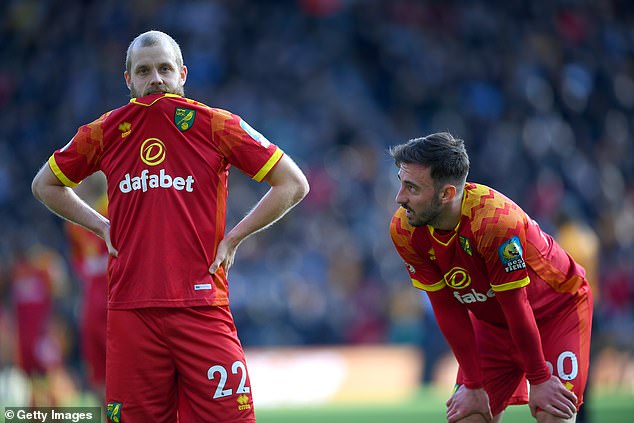 Man of the Match: Diogo Jota

Twice Diogo Jota found space in the Norwich area in the first half and twice he scored.

That made it five in a matter of days after his hat trick against Espanyol. He is lethal and the £12million invested by Wolves in the summer of 2018 to bring him from Atletico Madrid is the definitive bargain.

Norwich just could not handle his thrusts from the left wing and he cut inside on 19 minutes to collect a ball passed to him via the midriff of Matt Doherty to put Wolves ahead.

A VAR check ruled out any handball in the build-up and on the half-hour came Jota’s second. Romain Saiss played a cross back across goal and Jot was left to convert from one yard.

It made life that bit tougher for Norwich. They are battling for inclusion in the Premier league fixtures for next season and a return trip to Molineux which will mean they have preserved their status among the elite.

They started Sunday afternoon firmly rooted to the foot of the table with a meagre 18 points with one win in their last 13 league games. To be fair, manger Daniel Farke has not changed his philosophy of attractive, attacking football that is easy on the eye. 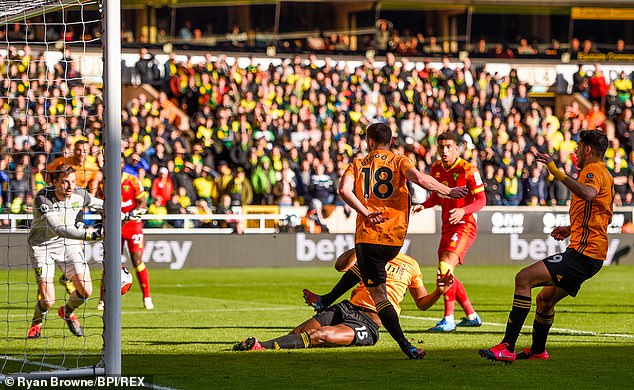 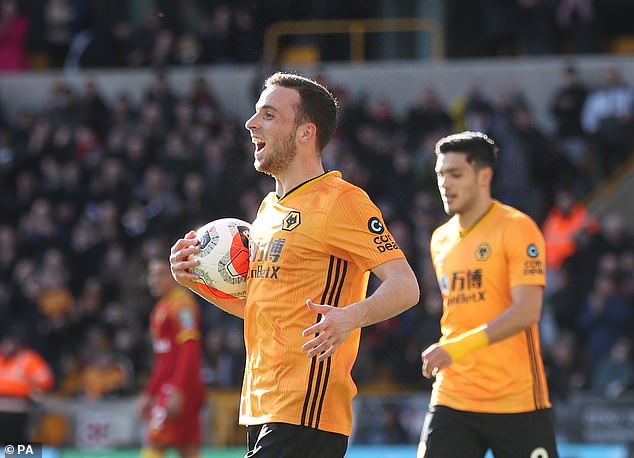 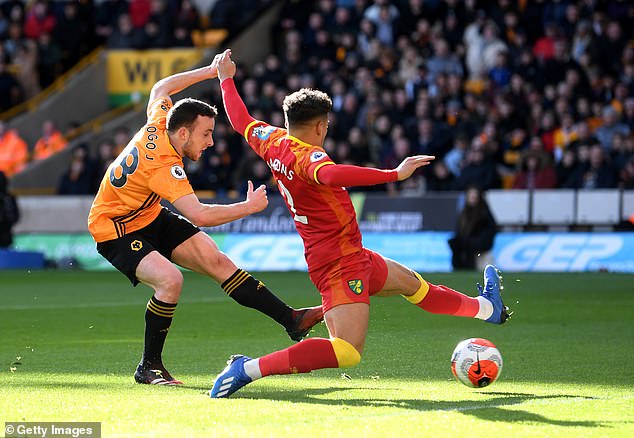 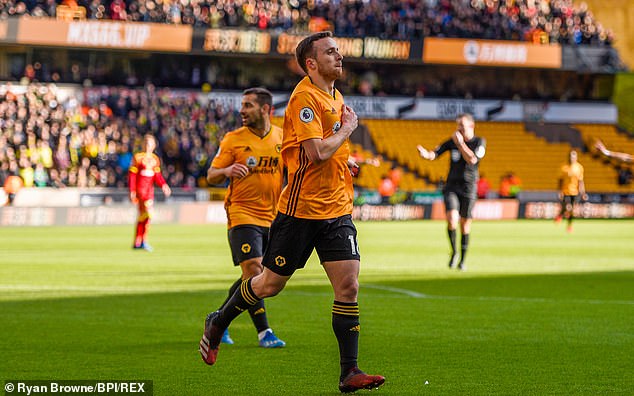 There is talent on show – Todd Cantwell, Max Aarons and Jamal Lewis have class.

They try to play in an expansive fashion.

One problem – it is points that keep you up, not plaudits.

Espirito Santo has made Wolves highly watchable but with a considerably more positive impact. And his management of Jota is testament to his man management skills.

Wolves have Europe again on Thursday and Espirito Santo wants his star man fresh and fit. After 63 minutes, the job was done and the Portuguese star was replaced by Pedro Neto.

For Norwich it was a cameo of their season. Attractive build-up, neat touches but little – if any – cutting edge. Rui Patricio in the Wolves goal was troubled only rarely. 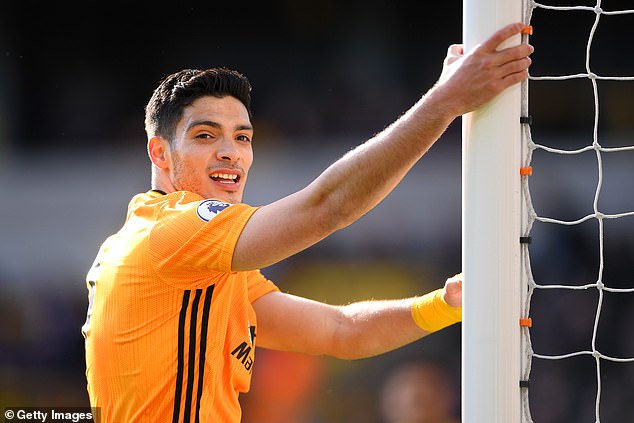 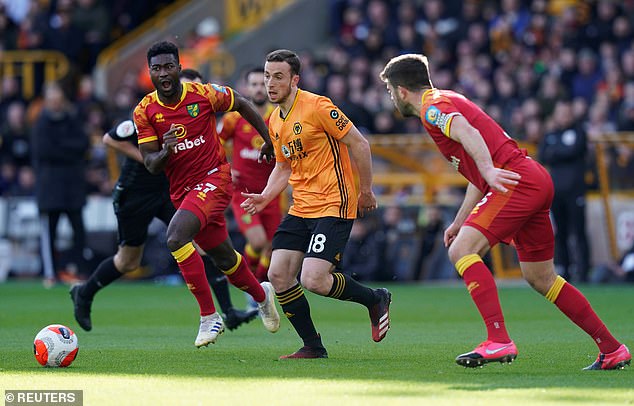 Of course, mathematics say that it is not yet Mission Impossible for Farke and his men. But they will need a recovery of monumental proportions to survive and to do that, they will need warriors. Quite simply. They don’t have enough.

For Wolves, the sights are considerably higher. They look organised and are superbly marshalled by Conor Coady with Willy Boly a muscular ally.

And before Jota left the field, he ensured a Wolves victory with a crisp shot in the 50th minute that eluded Krul but struck the post. There was Raul Jimenenz to score from close range.

As a contest, game over. 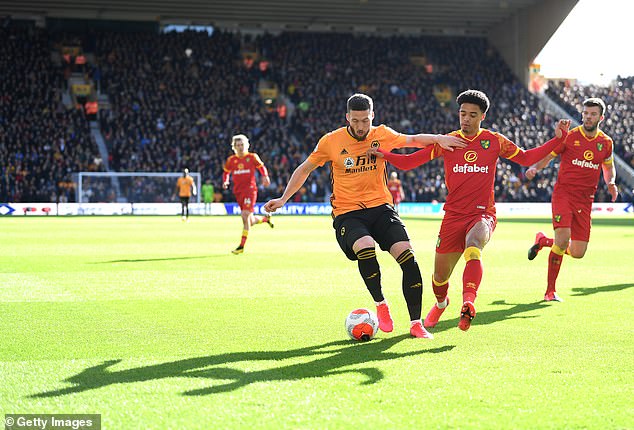 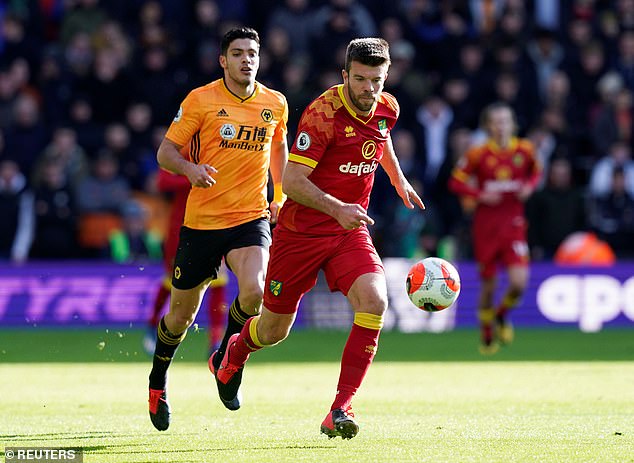