Wolves are set to be without Max Kilman for the rest of the season in a huge blow to their hopes of European qualification.

The defender has been outstanding this season and has been on the fringes of England selection but an ankle problem means he may not be seen again until pre-season.

Bruno Lage’s team still have a chance of qualifying for the Europa League or the Europa Conference League, but their form has dipped in recent weeks and three of their final five matches are against Manchester City, Liverpool and Chelsea. 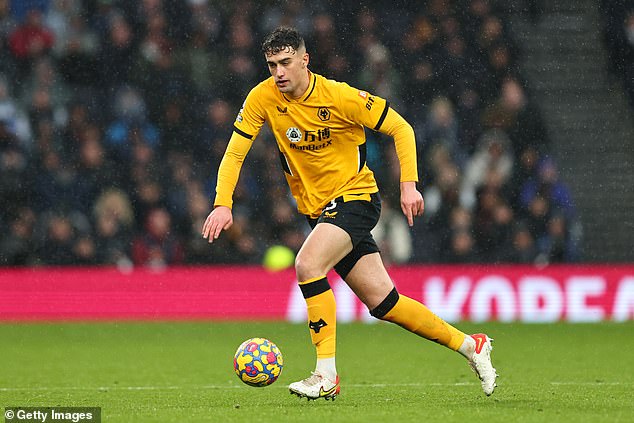 ‘Max twisted his ankle and it will be hard for him to return,’ revealed boss Lage. ‘He will recover but there is less than a month until the end of the season.

‘We need to understand what the problem is and the doctors are doing a fantastic job.’

Lage had also hoped to have star midfielder Ruben Neves back for Saturday’s clash with Brighton but the Portuguese felt unable to train on Thursday despite taking part in Wednesday’s session.

Lage added: ‘After one training session he had a feeling he needs to recover. These kinds of things happen.’