Wolves have expressed an interest in signing Real Madrid star James Rodriguez in the summer transfer window and the player’s agent, Jorge Mendes, is trying to reduce the club’s asking price in order to facilitate an exit. Rodriguez isn’t happy at the Bernabeu since returning from his two-year loan spell at Bayern Munich.

The 28-year-old has had to deal with a couple of injuries this season, but has still only been given 13 appearances in all competitions this campaign.

As a result the attacking midfielder is worried that his lack of game time could affect his chances of playing for Colombia in this summer’s Copa America.

However, according to Spanish publication El Desmarque, Wolves have expressed an interest in bringing the player to the Premier League.

The report claims Wolves have contacted Mendes about their interest in the playmaker. 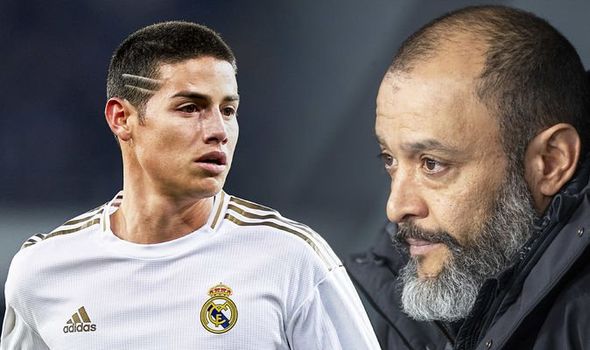 And to help his client find a new home Mendes is trying to get Real to lower their £70million (€80m) asking price.

Los Blancos signed Rodriguez from Monaco for £71m back in 2014 after the player won the Golden Boot at the Brazil World Cup.

But since securing a move to Madrid the player has only gone on to make 124 appearances for Real, during which he has scored 37 goals and provide 42 assets.

Rodriguez’s current contract is due to end in 2021 and Real are looking to raise funds by selling the player to improve Zinedine Zidane’s squad.

However, Wolves are expected to face competition for the Colombian, with Atletico Madrid, Everton and Valencia also interested in the midfielder.

Mendes has several superstars on his books, including Cristiano Ronaldo, Bernardo Silva and Diego Costa.

And he already has a good relationship with Wolves, as he helped finalise deals for goalkeeper Rui Patricio and midfielder Joao Moutinho to join the club in 2018.

Rodriguez nearly left Real last summer, with Atletico and Napoli interested but Los Blancos’ chiefs blocked the move as the didn’t want to sell him to a rival club. 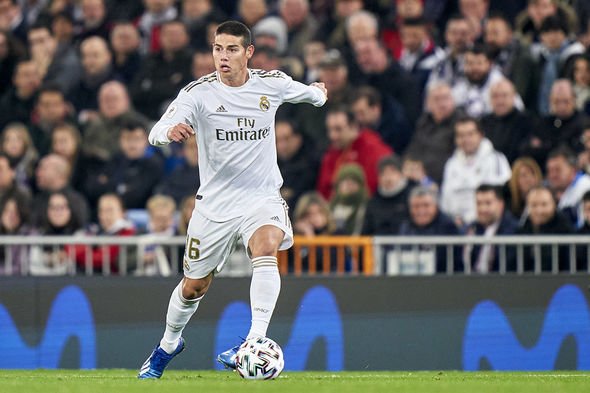 However, Rodriguez might be willing to move to another team such as Wolves after Colombia manager Carlos Queiroz recently expressed his concern about the player’s situation with Real.

“James’s case worries us, we know he is in a difficult situation at the moment,” Queiroz told Spanish outlet EFE.

“It is very rare, but the entire coaching staff and I are personally determined to help all players and in particular to help James.

“The quality of James is not doubted, like [Santiago] Arias or [Luis] Muriel, so the situation is not easy. That is why we have devised a discreet job with a strength and conditioning coach to support him.”