Gareth Southgate says he is excited to see his youthful England squad mature on the road to the 2022 World Cup after learning their qualification route.

England were drawn to face Poland, Hungary, Albania, Andorra and San Marino Group I in qualification for the tournament in Qatar in 2022.

Captain Harry Kane will be 29-years-old by the end of the qualification campaign, with other key players such as Raheem Sterling and Jack Grealish turning 27.

Meanwhile, younger talents like Phil Foden and Bukayo Saka will be 22 and 21, respectively, by the time Qatar 2022 begins.

Southgate said: “I think that even in two years time (we will see the benefit). In our last qualification campaign we had nine players involved who were eligible for the Under-21s still, so we had an incredibly young group which means for two, four and six years time – with some of the other players who are coming through the system too – there is huge potential.

“We have got to keep winning in the present as well. We have a nice balance, it has been young up to this point but for the next few years that is very exciting.

Southgate reckons England have been dealt a “complicated” path to Qatar.

He added: “Poland are a very good team, Hungary have just been promoted to the Nations League top division. We know these games are going to be tough, complicated games to navigate.

“There’s a great history of that fixture (England v Poland). There was a spell when we seemed to draw them every time.”

“He’s as good a number nine as there is – him and Harry (Kane) and (Romelu) Lukaku. When you think about number nines around Europe, they’re three that immediately come to mind.

“He’s a player that can hurt you and his goalscoring record for his country is phenomenally good.”

“This is a favourable draw as far as England are concerned. There are a lot of incredible stories to be found in England’s group. 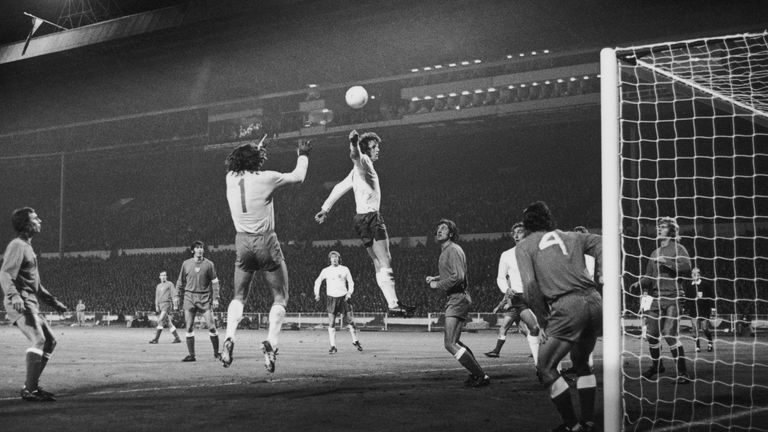 “Back in 1973, a 1-1 draw with Poland prevented England from qualifying for the 1974 World Cup. If you go even further back to the ‘match of the century’ in 1953, England were the best side in the world and nobody gave Hungary a chance, they came to Wembley and won 6-3.

“Albania, Andorra and San Marino shouldn’t be a problem for England, having won all of their previous meetings with those three nations.”

When will the qualifiers be played?

The qualifiers will be played between March and November 2021, with play-offs scheduled for March 2022.