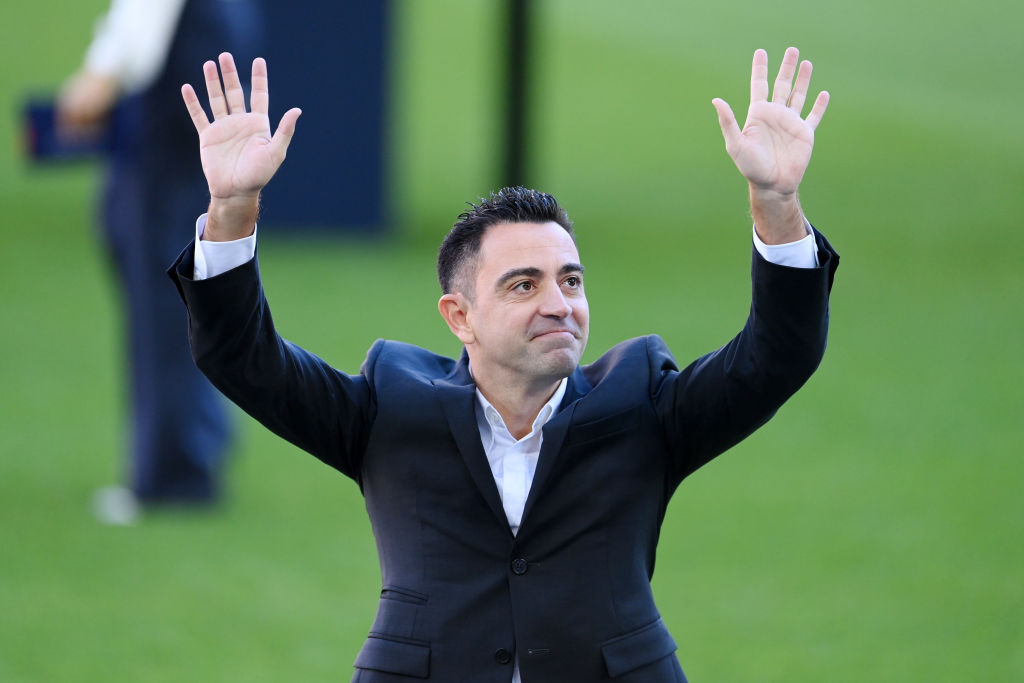 New Barcelona boss Xavi has asked the club to bring Liverpool midfielder Thiago Alcantara back to the Camp Nou.

Thiago was at one time tipped to be Xavi’s long-term heir at the heart of the Barcelona midfielder following his emergence from La Masia.

The Spain international left in 2013 however, winning 15 major honours during his seven years at Bayern Munich before joining Liverpool last summer.

Xavi however is keen on a reunion, according the Sport. The new head coach has already discussed the plan with Barcelona president Joan Laporta with Thiago welcome to the idea of returning to his boyhood club.

Barcelona have already agreed a deal to bring veteran defender Dani Alves back to the club.

Elsewhere, Xavi is keen to strengthen the club’s attacking options with the club leading the race to sign Manchester City forward Raheem Sterling.

City are understood to be asking for a fee of £45m for the England international.

Barcelona are also monitoring a number of alternative options and would be interested in signing one of Callum Hudson-Odoi, Christian Pulisic and Hakim Ziyech when the January transfer window opens.