YouTube sensation Speed had his dream of watching Cristiano Ronaldo in action ruined after he flew over from the US to see his hero play for Manchester United against Aston Villa on Thursday, only for the forward to miss out on the matchday squad due to illness.

Ronaldo has been welcomed back into the United first-team in recent weeks after being banished from the squad for storming down the tunnel before full time against Tottenham last month, and he captained the team in the Premier League on Sunday.

However, when the line-up was announced for the match at Old Trafford on Thursday, he was a surprise omission from the teamsheet. Manager Erik Ten Hag explained why Ronaldo had been left out prior to kick-off. 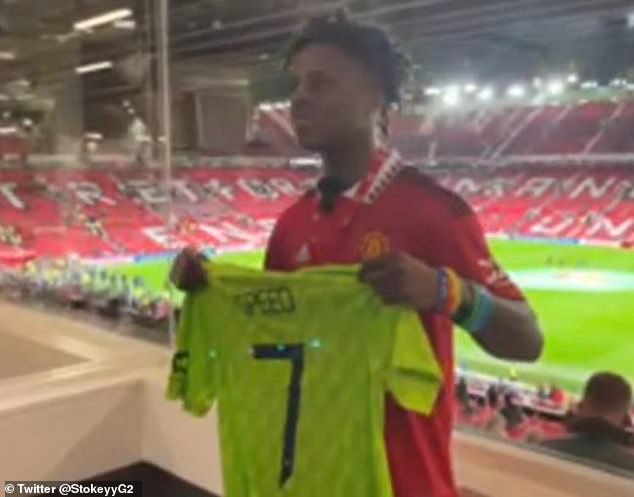 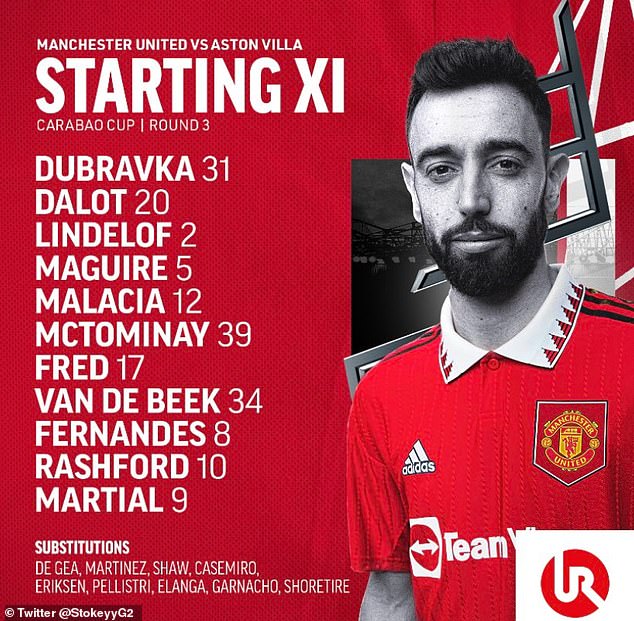 However, Ronaldo did not even make the bench for Man United’s game against Aston Villa

When pressed on whether Ronaldo could be back in the squad to feature against Fulham on Sunday, Ten Hag replied: ‘It’s difficult to say how he recovers, but I’m not worried.’

Speed has gained popularity for his gaming and entertainment livestreams. He is a huge United fan, and has made no secret of his admiration for Ronaldo.

He has created a song about the five-time Ballon d’Or winner named ‘Ronaldo [Sewey]’ and has made it clear that he wants to meet his hero sooner rather than later.

He even turned up to Old Trafford with the number 7 shirt, the jersey worn by Ronaldo, but with ‘Speed’ on the back. 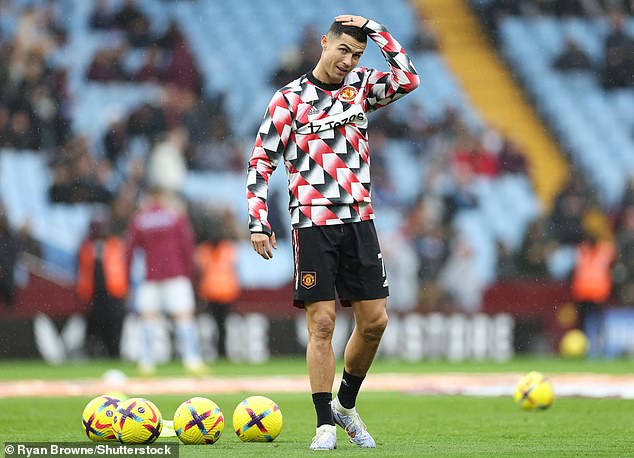 Ronaldo missed out on the squad due to illness, ruining Speed’s chances of watching him play

Unfortunately for him, he was denied the opportunity to watch the Portuguese star in action, and one fan couldn’t help but poke fun at the YouTuber.

‘Speed went all the way to Old Trafford to see Ronaldo play and he’s not in the matchday squad,’ they wrote alongside a picture of Speed and United’s matchday squad without Ronaldo in it.

It may have felt like a wasted trip for Speed, but it was not all bad news for Ronaldo on Thursday night as he was named in Portugal’s World Cup squad by manager Fernando Santos.

The 37-year-old is set to lead his country at his fifth World Cup in Qatar later this month.