The Hammers were reduced to 10 men after 19 minutes with Aaron Cresswell seeing red card and Rice, as the players walked down the tunnel, confronted the Spanish official.

The angry England international said: ‘Ref! Ref! It’s so poor! All night, it’s so bad. How can you be that bad? Honestly you’ve probably been f***ing paid, f***ing corruption.’

UEFA have stated that they will wait upon deciding whether to take action against the 23-year-old or not until they receive the referee’s post-match report. 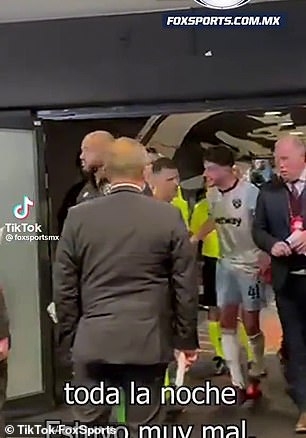 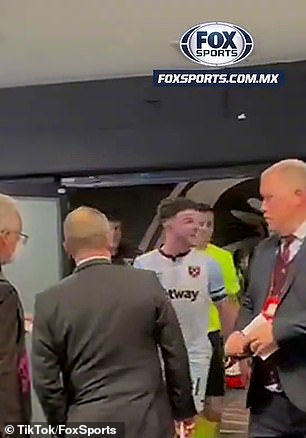 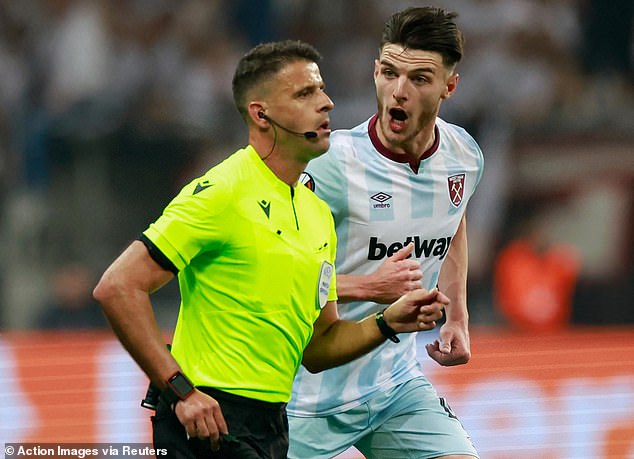 Manager David Moyes also saw red in the second-half, after kicking a ball back in anger in the direction of a ball boy, on a night where the Hammers’ Europa League final dream imploded in Germany.

They lost 1-0 on the night, 3-1 on aggregate, as their spirited European run came to an end.

Rice later said of the officiating, and Cresswell’s red card: ‘The sending off was probably a sending off looking back at it.

‘But some of the other decisions were poor tonight, none seemed to go for us. The referee seemed to make every decision go for them. In the end, when you’ve got someone who is against you, you can’t really do much.’

Moyes’ meltdown towards the end of the match summed up a sorry night for West Ham, with captain Declan Rice describing the defeat as a ‘gutting’ loss afterwards. 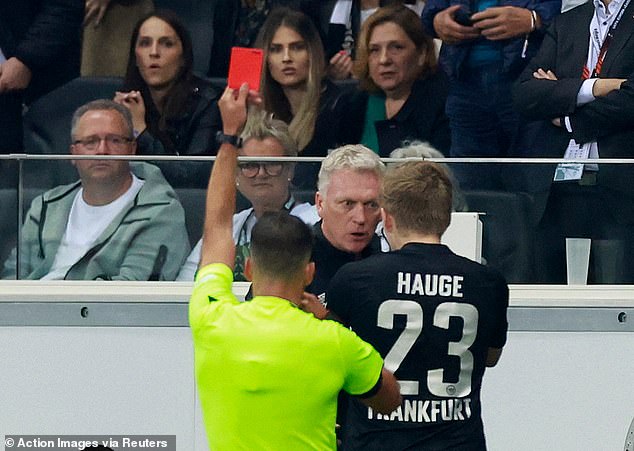 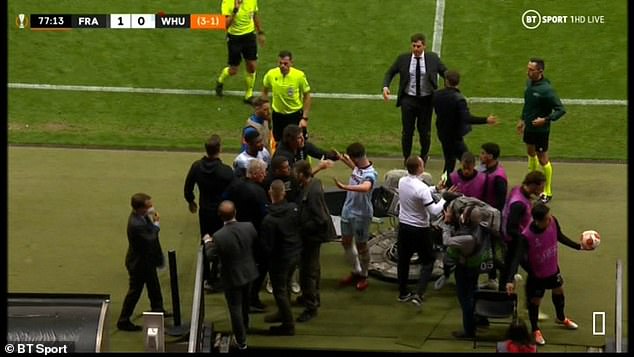 Emotions boiled over at points, especially after Moyes received his marching orders (above)

It means West Ham will now not secure Champions League football for next season, and Moyes said: ‘Difficult, disappointed, but extremely proud of the players, how we played with 10 men.

‘We tried, we created chances, but we congratulate Frankfurt. We give them our best wishes.

‘I kicked a ball back at the ballboy. I apologise for that but he threw it back very softly at me.’ Moyes later joked ‘it was nicely on the volley for me’ but reiterated he was sorry for losing his temper.