Tottenham reportedly explored a late deadline day move for Crystal Palace talisman Wilfried Zaha. The Eagles star ended up staying put at Selhurst Park despite interest from Spurs as well as two of the Lilywhites’ London rivals in Arsenal and Chelsea.

Antonio Conte’s side experienced a surprisingly quiet transfer deadline day, with no incomings or outgoings taking place, having already recruited eight new players this summer. There was a feeling the north London outfit could add a ninth addition to Conte’s ranks, however no late move materialised. It appears it wasn’t for a lack of trying though.

Having initially sanctioned Bryan Gil’s loan move to Valencia, Tottenham were in the market for a new attacker before Thursday’s 11pm deadline. Spurs were said to have been pushing to sign Leeds winger Dan James, however the Welshman ended up joining Fulham on loan instead.

It has now emerged that in addition to James, the Lilywhites also made a late move for Zaha. According to The Athletic, Tottenham ‘explored’ the possibility of signing the Palace forward, who has entered the final year of his current Eagles contract, before the transfer window closed. 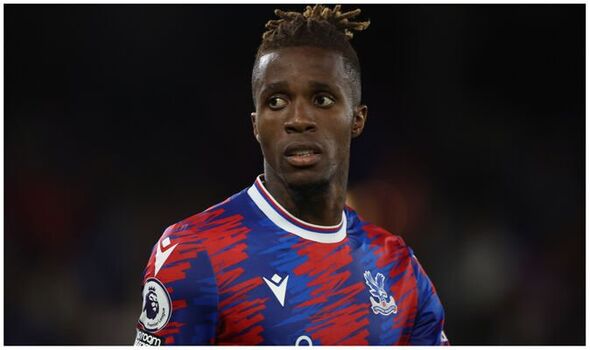 However, those efforts evidently proved unsuccessful and Zaha will remain in South London until January at the very least. Having failed to land either the Ivory Coast international or James, Tottenham then blocked Gil’s intended loan move, much to the annoyance of Valencia.

Spurs are thought to have previously indicated to the La Liga club that the 21-year-old would be allowed to re-join on a second successive loan, having spent last season with Los Che. Following the breakdown of the deal, Gil uploaded a picture to his Instagram story which contained the Spanish caption: “Sometimes an old photo makes us remember the times when we were happy and we didn’t realise it.” 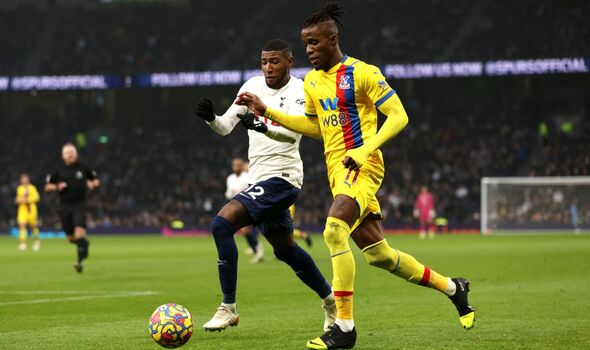 After scoring in Palace’s 1-1 draw with Brentford at Selhurst Park on Tuesday evening – his 13th goal in 20 Premier League appearances in 2022 – Zaha played down suggestions he was set to leave the South London club, amid links to Arsenal and Chelsea. He said: “It’s not been difficult at all [to remain focused]. I’ve just been focused on Palace and every game. So it’s not been difficult at all.

“I go into training, I get on with it and I enjoy it. So I’ve been focused. It’s massive, we’ve got a massive understanding everyone literally understands me. It’s different, it’s hard to explain but it feels like a family here. That’s the understanding we have.”