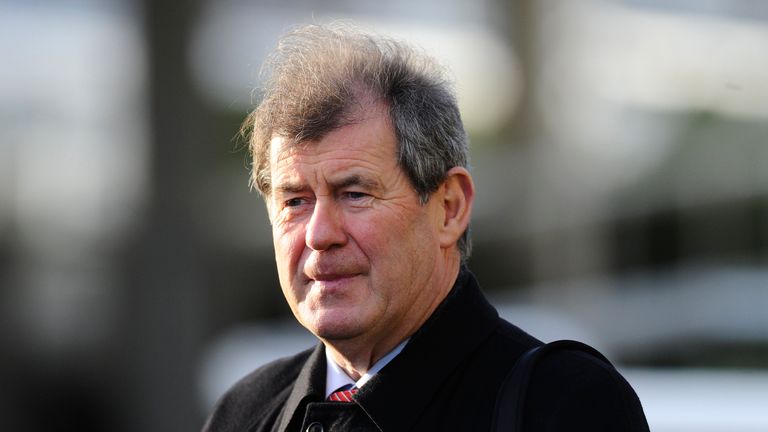 Andy Dufresne has his first test at Naas on Sunday since Gordon Elliott’s decision to keep the exciting young recruit on Irish soil and sidestep Cheltenham.

The six-year-old, who lines up in the Paddy Power Betting Shop Novice Hurdle, has created a big impression with two wins from three starts over the smaller obstacles, including one at this Grade Two level at Punchestown last month.

“We decided to skip Cheltenham with Andy Dufresne this year as there are a number of nice races for him at home in the spring and this race is the first of them,” said Elliott.

“I thought he did well to win at Punchestown last month, I really liked the way he battled to get on top after the last and I’ve been happy with him since then.

“He seems very well in himself.”

Recent Fairyhouse winner Exit Poll is a notable rival for Andy Dufresne among the 10 declared.

Trainer Jessica Harrington said: “We’ve always liked Exit Poll and I was delighted with his win at Fairyhouse last time out.

“He is in good form since that win and this race at Naas looked the natural next step for him. It will help point us where we go later in the season.”

The Grade One-placed Mt Leinster is one of two runners from the Willie Mullins stable.

Tiger Tap Tap looked out of his depth against seasoned handicappers in the valuable Ladbrokes Hurdle, but should be more at home back in novice grade.

“He ran a little bit too keen at Leopardstown last time and hopefully he’ll be better for that back out of handicap company,” said Casey.

Any Second Now warms up for a crack at the Randox Aintree Grand National with a run in the WhatOddsPaddy? Chase.

Ted Walsh is hopeful the Naas assignment will prove to be the perfect stepping stone to the world’s greatest steeplechase.

“Any Second Now has come out of Leopardstown well and we’re looking forward to running him in in Naas at the weekend,” said the County Kildare handler.

“It’s a fine track, it is only up the road and this is a race I won with Papillon (in 1999) before he ran in the National and Seabass won it before running so well in the National.

The Mullins-trained Cadmium took this race 12 months ago and drops back to two miles after being well beaten in the Irish Gold Cup at Leopadstown.

“He just ran a bit too keen the last day over three miles, so we’re dropping him back in trip, which shouldn’t be a problem,” said Casey.

“He should enjoy the conditions and run a nice race.”

The Elliott team are hoping Hardline can return to the kind of form he showed when second in the John Durkan Chase at Punchestown in December after two disappointing runs since then.