Burning Victory was a fortunate winner of the JCB Triumph Hurdle at Cheltenham, after Goshen unseated Jamie Moore when in a 10-length lead at the final flight.

Goshen, trained by the jockey’s father Gary, had built up an unassailable lead after overpowering fellow front-runner Allmankind in a race run at a frenetic pace throughout.

But he made a mistake at the last, and Moore was unshipped – and instead it was Willie Mullins’ filly Burning Victory, who came from well back under Paul Townend, to win by two and three-quarter lengths at 12-1. 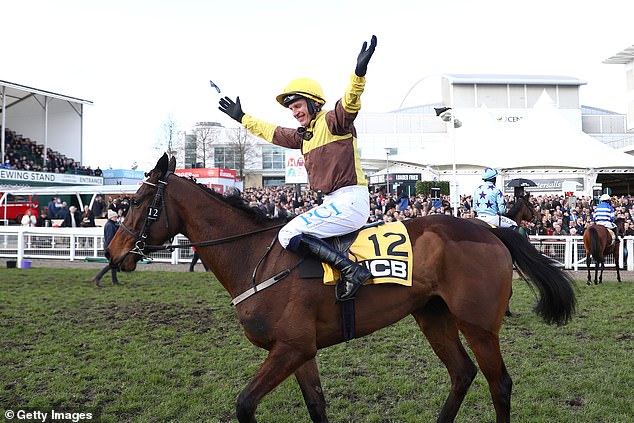 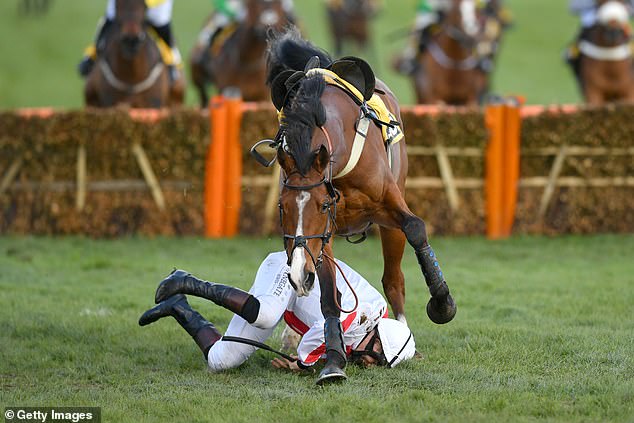 Acknowledging he had a large slice of luck on his side, Townend said: ‘It’s not the nicest way to win a race – but I’ve been on the other end of that, so I know what it feels like.

Burning Victory had gradually warmed to her task while others raced freely ahead of her. 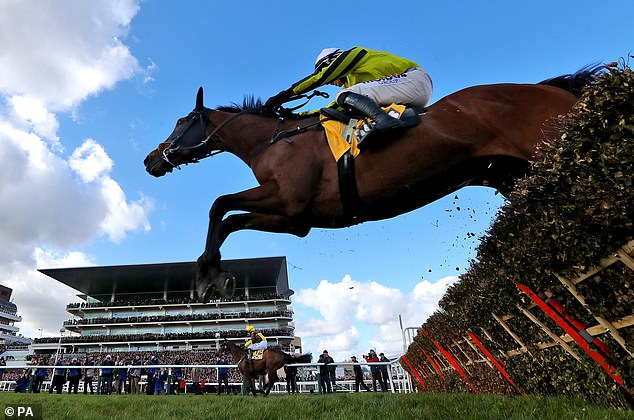 Townend added: ‘I jumped the first two well – she didn’t jump at all on her first run. She’s improved so much from that.

‘She fell out through a couple round the back, and I couldn’t rush her then – I had to just let her find her feet again.

‘I got her out down the hill, and she started to pick up for me. I was lucky enough that I had a horse in a position to pick up the pieces.’