Cheltenham Festival: All you need to know

Royal Pagaille can become the first novice to capture today’s WellChild Gold Cup since Coneygree took the prize six years ago. With the exception of Al Boum Photo, seeking a second successive victory in chasings’ ultimate prize, there are question marks regarding this year’s contenders.

Santini, runner up in last year’s contest, and Lostintranslation, the third home, have resembled cart horses this season.

Champ, the winner of last year’s RSA Chase from Minella Indo, will appreciate today’s longer trip after a respectable second over two miles on his return when behind Sceau Royal at Newbury.

There is little between Al Plus Tard and Kemboy, the winner and second respectively of the Savills Chase at Leopardstown. But that form falls short of Gold Cup standard.

Native River, the winner of the Gold Cup three years ago, retains his ability but needs the heavens to open big time.

Frodon, a six-times winner at the track, has to be respected on the back of his impressive victory in the King George VI Chase at Kempton on Boxing Day.

But you can pick holes in that contest. Also, if he was a serious player Bryony Frost’s mount would surely have had a crack at the race before. 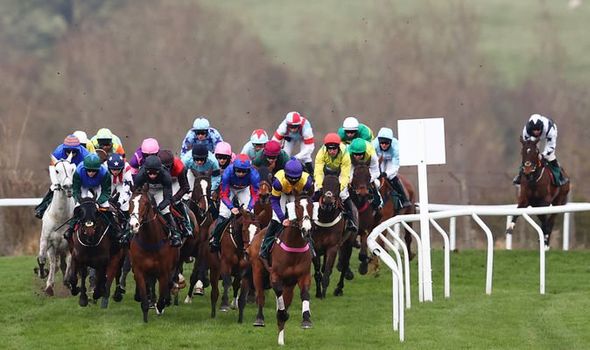 Willie Mullins has taken a lifetime to capture this race and has worked out a winning formula that has seen him repeatedly take the prize with Al Boum Photo, ridden by Rachael Blackmore.

Blackmore has already won five races as she looks to become the first female rider of all time to be named the top jockey at a Cheltenham Festival.

Like two years ago, the gelding comes here off the back of just one run under his belt. But his Gold Cup victories have been against moderate rivals. Today he faces an exciting new kid in the block in Royal Pagaille (3.05, treble, ITV).

The gelding’s connections have thought long and hard about running the seven-year-old, who had numerous entries at the meeting, but his 16-length victory at Haydock in January was breath-taking.

He might be considered a novice but has had 11 outings over fences.

On official ratings Royal Pagaille has 9lb to find with Al Boum Photo but the way that the gelding is progressing he can show that he now deserves top marks.

Elsewhere Alan King can rule for a third in the JCB Triumph Hurdle by taking the prize with Tritonic.

After an impressive career on the Flat, second in a smart handicap at Royal Ascot, TRITONIC (1.20, nap, ITV) has translated that ability over hurdles.

He tanked up on his hurdling debut at Ascot in January and was even more impressive when successful at Kempton last month.

This juvenile event might lack the numbers of the past, but it is not short of quality.

Market leader Zanahiyr has done nothing wrong, winning his three races in Ireland. 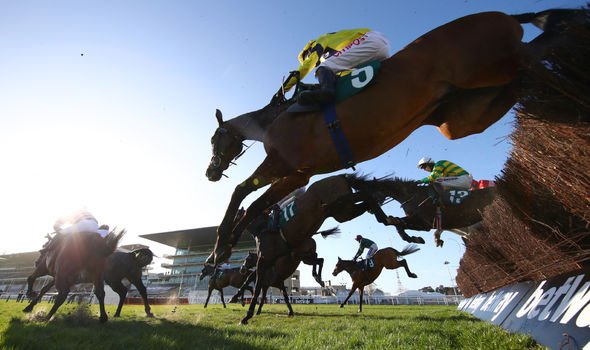 But the form of Irish young hurdlers suggest they are closely matched and there might not be an outstanding individual amongst them.

However, this might not be the case with the former-French-trained Haut En Couleurs, now in the care of Willie Mullins.

He won his only start in France by a head but commands respect coming from such a prolific stable despite being short of experience.

The decision to pitch novice GOWEL ROAD (1.55, ITV) into the competitive McCoy County Hurdle can pay off.

He is on a decent handicap mark and is improving with every outing. There was plenty to like about his latest victory at Newbury last month where he beat Good Ball.

This wayward character will be suited by the first-time cheek pieces.

STATTLER (2.30, ITV) had his credentials enhanced after Gaillard Du Mesnil chased home Bob Oliger on Wednesday in the Ballymore Hurdle.

The gelding had finished a respectable third behind Gaillard Du Mesnil at Leopardstown last month.

The step up to three miles in the Albert Bartlett Hurdle will be ideal for the six-year-old.

BILLWAY (3.40, ITV) can make amends for his second place behind Came To Pass in last year’s St James’s Hunter Chase by taking this season’s prize.

Connections blamed his defeat on running too free and numerous jumping errors. This term he has gave the impression that he has now put that behind him by winning his last two starts.

Mullins, the festival’s leading trainer, can sign off the meeting with victory by taking the Martin Pipe Hurdle with GENTLEMAN DE MEE (4.50, nb). 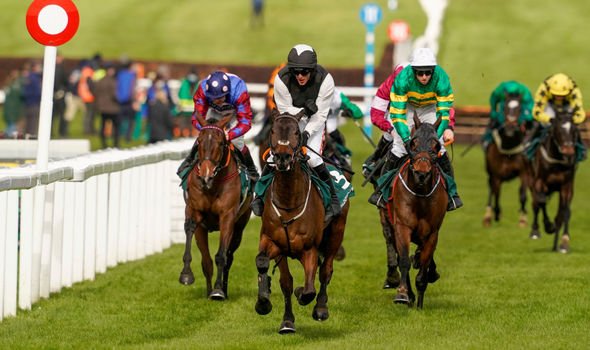 This appears to be a clever bit of placing by the trainer as this French recruit will be having only his second race outside his native country.

Tags: autoplay_video, Cheltenh, Sports
You may also like
Latest Posts