‘We are not playing conventional Test match cricket’: Paul Collingwood says England will not be ‘over-awed’ by the run target that India set, after Rishabh Pant produced stunning counter-attacking display on day one

Paul Collingwood insisted England had not had their fingers burnt despite India’s Rishabh Pant fighting fire with fire at Edgbaston.

England captain Ben Stokes opted to use the same template that served his side so well in the 3-0 whitewash of world champions New Zealand last month, and the hosts were in the ascendancy when three Jimmy Anderson wickets helped reduce the Indians to 98 for five in overcast conditions.

But Pant counter-attached with a hundred from 89 deliveries, the fastest ever in Tests in Birmingham, and eventually fell to Joe Root’s occasional off-spin, having made 146 from 111. 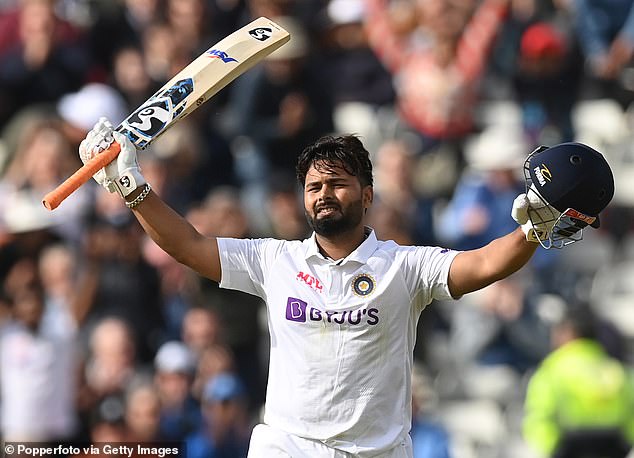 His 222-run stand with Ravindra Jadeja (83 not out) swelled India’s run rate to an England-esque 4.63 as India closed a rain-shortened opening day of the re-scheduled fifth Test of last summer on 338 for seven.

But England assistant coach Collingwood countered: ‘I don’t feel that our backs were against the wall for too long. That’s a really good wicket out there and the batsmen should be excited about batting on it. It will be a great result if we keep them down to 360-370.

‘Hats off to the way Pant played. When you play against world-class players, they can do world-class things.

‘The way that we played the three games against New Zealand, though, we are not over-awed by what the opposition are going to get in their first innings, and we are not scared of what we need to chase in the fourth innings. 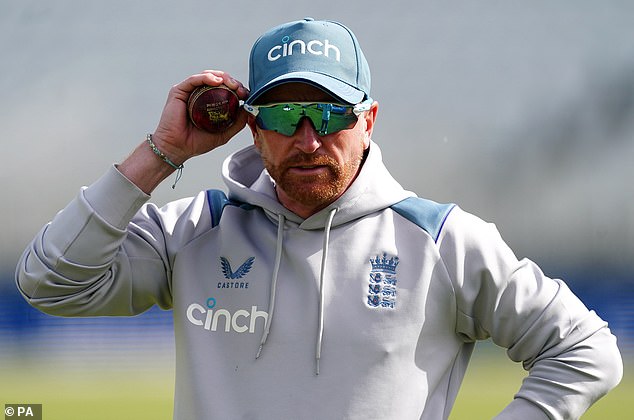 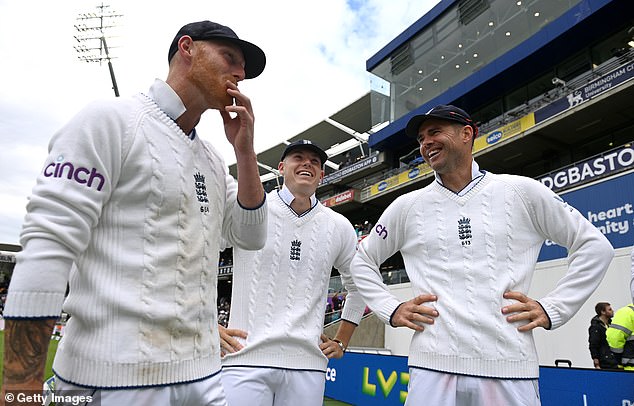 ‘We have been pretty successful in those games, we are not playing conventional Test match cricket, we are trying to be as attacking as possible, always looking to take wickets with the field placings we’ve got, not always trying to stem the flow of runs or keep the run rate down.’

While England are determined to stick to Brendon McCullum’s mantra of making Test cricket an entertainment game, they must also win this contest to share a series suspended last September when the Indians pulled out of the original fixture in Manchester citing Covid fears.

But Twenty20 poster boy Pant put a spoke in the wheel with his afternoon blitz and later said it was up to others to judge if his fifth Test hundred was his best to date.

‘Yes, I might play some different shots sometimes but I try to play the percentages,’ the 24-year-old said, after crashing four sixes, including three off last week’s Headingley hero Jack Leach.