The trainer of Melbourne Cup second favourite Ed Crisford has defended UK jockey William Buick following eight unplaced runs at Flemington on Saturday, and says the world-class rider will be ready to go on Without A Fight in Tuesday’s Cup.

Buick did not run in the top three in eight rides at Flemington on Saturday, despite six of his runners being at single figures, and caused interference in the group 1 Empire Rose, which led to a suspension. 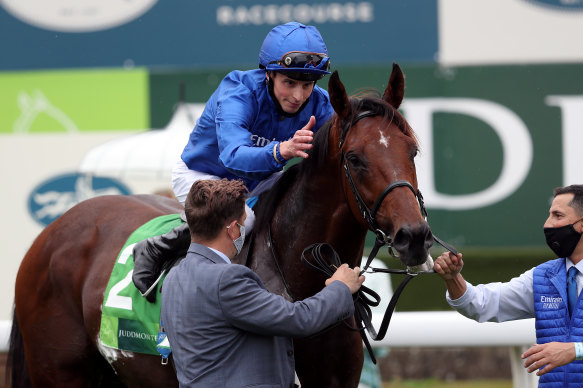 Jockey William Buick did not place in eight rides on Derby day, but Ed Crisford is backing him to give Without A Fight every chance in the Cup.Credit:Getty Images

The superstar jockey will ride Without A Fight in Tuesday’s Cup before his eight-meeting suspension begins, but he’ll be permitted to fulfil his international engagements in the Breeders’ Cup in Kentucky on Friday and Saturday.

Crisford, a British trainer, said Buick would be improved for having ridden at Flemington on Derby Day.

“Also just with the jet lag and flying in, it can be hard on anyone,” Crisford said.

“They’re athletes at the end of the day. He had a good run around yesterday [Saturday] on a couple of horses. He knows Flemington anyway, he’s been here before, so at least he’s got his eye in and ready for the race on Tuesday.”

“I mean William Buick is definitely, without question, one of, if not, the greatest jockey in the world, so that’s a tremendous bonus for him [Crisford],” Ferguson said.

“Kerrin McEvoy is full of experience. We know him well, he knows the horse well. He’d also be one of the top jockeys in the world, having won the race three times and with a vast experience of Flemington as well.

“He knows the track really well and genuinely going into a Melbourne Cup, in my opinion there is no one better to have on your horse than Kerrin.” 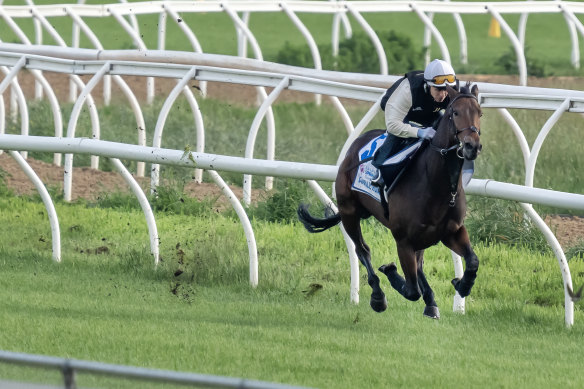 Deauville Legend had a solid gallop around Werribee on Sunday, but Ferguson said it was nothing more than a tune-up ahead of Tuesday’s big race.

“I’ve always said I’ve been happy with the horse since he travelled over here,” Ferguson said.

“He’s got into a nice routine. He’s matured mentally since he’s been here.

“It was a very easy piece of work, it’s what we call a nice breeze just to open the lungs before he has a quiet day tomorrow and into the race.

“He’s ticked all the boxes so far and just two days out, I’m starting to feel the nerves a little bit.”

Deauville Legend has shortened further since the scratchings of Durston and Loft in the lead-up to final fields, and the barrier draw where he landed gate nine for the Cup.

But Ferguson said he would have liked to see Deauville Legend line up against the strongest field possible.

“I actually think it’s a real shame they’re not running,” he said.

“It’s the pinnacle group 1 of the world. You want to see the best horses running, and the Caulfield Cup is one of the top lead-up races into the Melbourne Cup, so I felt for [owner] Harry [Herbert] and the Highclere team and Chris Waller.

“And obviously Loft has travelled a long way. No one deserves to get this far and then not run. Obviously from our point of view, there’s less of that top [challengers] in the betting running, but I think it’s a real shame they’re not here.”