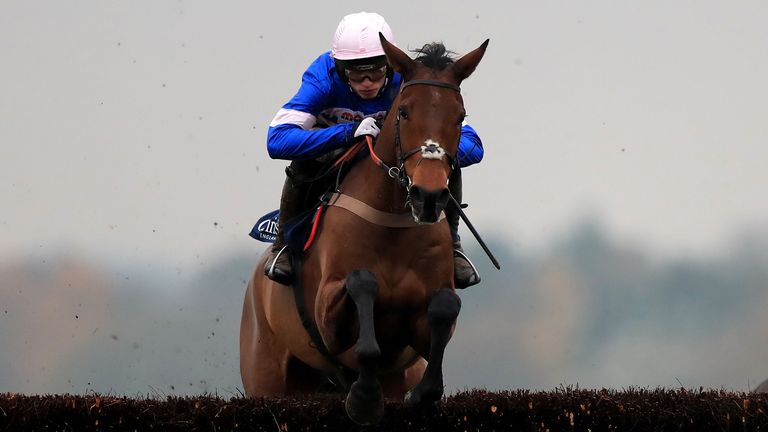 Paul Nicholls may yet run Cyrname again this season after reporting his stable star to be “bucking and squealing” as he recovers well from his heavy fall at Ascot.

The Nickname gelding was the highest-rated chaser in Britain at the start of the campaign – and cemented his place as top dog when inflicting a first career defeat over jumps on Altior in a much-anticipated clash at Ascot in November.

He fluffed his lines when a hot a favourite for the King George VI Chase at Kempton on Boxing Day, but was still hot favourite to bounce back by successfully defending his crown in this month’s Betfair Ascot Chase.

However, he was already on the retreat when crashing out at the final fence – and was on the ground behind screens for some time, before eventually getting to his feet and prompting a huge cheer from those in attendance.

Nicholls initially suggested the eight-year-old would be given the rest of the campaign off, but his current well-being is causing a possible rethink.

Speaking on Racing TV’s Luck on Sunday programme, Nicholls said: “He’s very well, actually. He’s had a week on the walker, and I noticed on Friday morning he was going round bucking and squealing and feeling really well – which is a great sign.

“Obviously it was a frightening moment for everyone – but once I got down to him, we were 99 per cent sure he was winded. It’s not a nice situation, but the vets are brilliant now – they leave them on the floor and give them oxygen, which gives them time to relax.”

After Cyrname’s defeat of Altior, in a mighty tussle between the two superstar chasers, he has been well below that top-class form.

Nicholls added: “Something has been missing, and this season hasn’t gone to plan. We’re going to have a bone scan this week – we just want to make sure there’s nothing troubling him.

“If that’s okay, then we’ll make a decision on whether we run him again this season – because of right now, he’s 100 per cent.

“It’s not impossible he’ll run again this season, if we’re happy with everything and we don’t come up with anything that is troubling him.”