It wasn’t always pretty, but England clinched their Twenty20 series against Sri Lanka on Thursday night as Liam Livingstone underlined his case for inclusion in the World Cup squad.

Set just 112 to take an unassailable 2-0 lead into tomorrow’s series finale in Southampton, Eoin Morgan’s team stumbled to 36 for four in the seventh over on a tired pitch, and were grateful when Livingstone and Sam Billings put on a skilful 54 either side of a 40-minute break for rain.

That included an audacious ramp for six by Livingstone after two overs had been knocked off the equation. And after Billings fell for 24, Sam Curran rounded off a five-wicket win by launching Akila Dananjaya for a straight six with 11 deliveries to spare. 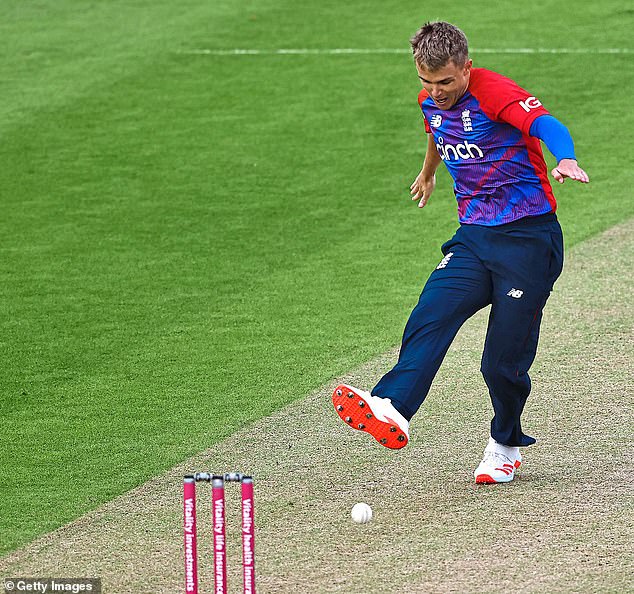 For Livingstone, who had earlier confirmed his versatility with the ball, sending down two overs for 10 with his spin-bowling allsorts, it completed two evenings which have propelled him into contention for the World Cup.

‘It’s nice to come into the best team in the world and see us home,’ he said. ‘I pride myself on being versatile as a batter, and that’s rolled into my bowling, with leg-spin and off-spin giving people different options.’

Morgan has certainly taken note. ‘Every opportunity Liam gets, he’s impressed,’ said the England captain. ‘He has swagger in abundance. We want guys to come in and be themselves, and he’s a huge character.’

His team have fewer than a dozen T20s to go before October’s World Cup and want to learn lessons from each. They clearly missed the injured Jos Buttler and England are waiting on a scan today after he strained a calf during the first match. 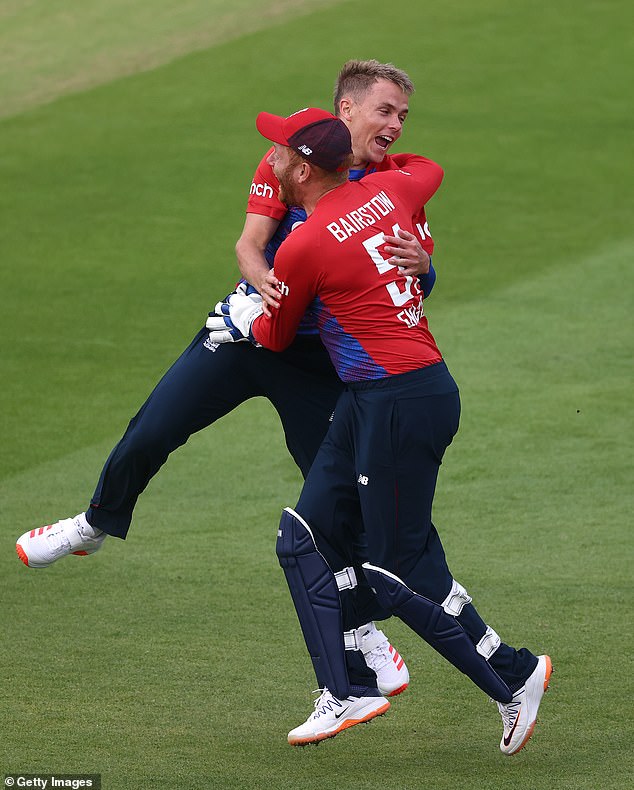 Promoted to open, Jonny Bairstow — who also took over the gloves — was bowled for a third-ball duck by an inswinger from Binura Fernando, before Dawid Malan fell lbw on review to Dushmantha Chameera for four. Malan has faced constant scrutiny during his 26-match T20 international career, but his star is on the wane at just the wrong moment.

Morgan slashed Isuru Udana to backward point for 11 to make it 30 for three, before Jason Roy picked out long-on for 17. With the Sri Lankans suddenly energised, their small band of supporters were outsinging their England counterparts.

Earlier, they were mainly silent as Sri Lanka struggled to lay bat on ball across 20 painful overs. Once upon a time, it was England who batted like this in white-ball cricket, and Sri Lanka were one of the teams who would routinely duff them up. But their greats are long retired, replaced by a mixture of the half-decent and the moderately passable. In these conditions, many of them aren’t even as good as that.

For most of their innings, it was as if a bunch of club cricketers had turned up to the wrong game. Their captain, Kusal Perera, had promised ‘fearless’ cricket before the series. You worry for his side if they ever go into their shells. 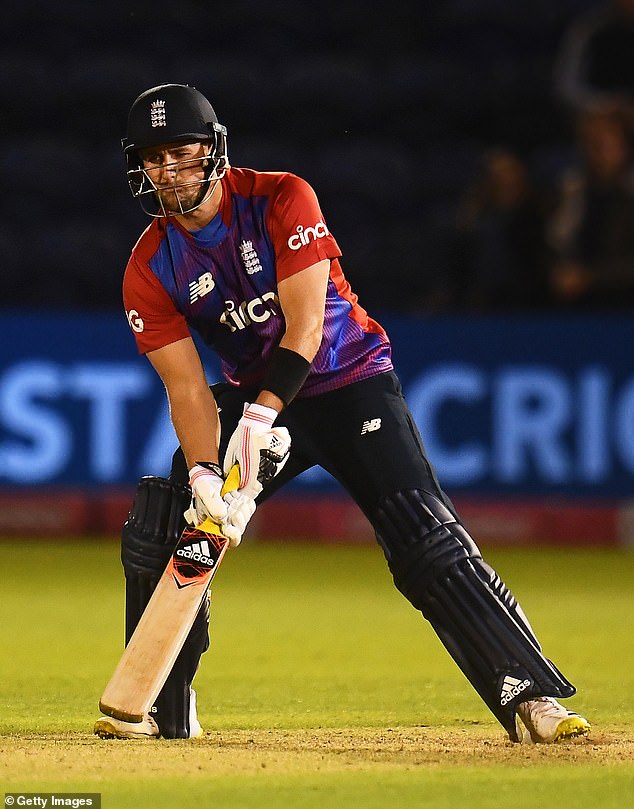 Liam Livingstone, batting at six rather than opening like for Lancashire, hit an unbeaten 29

Until Udana plonked Chris Jordan over mid-on in the last over, then helped him into the River Taff, the only Sri Lankan to hit a four or a six had been Kusal Mendis, who made a run-a-ball 39. Until Udana’s late intervention, it seemed doubtful the tourists would reach three figures.

Their total was the lowest England had ever conceded against a team batting their 20 overs. The BBC, given a rare crack at live international cricket, must have wondered why they bothered.

If nothing else, the innings confirmed the depth in England’s white-ball bowling ranks. It seemed ludicrous that Chris Woakes, following several months on the sidelines, should be rested the day after bowling all of three overs, but that allowed David Willey to get through four tidy overs for 17 in his first T20 international for two years. 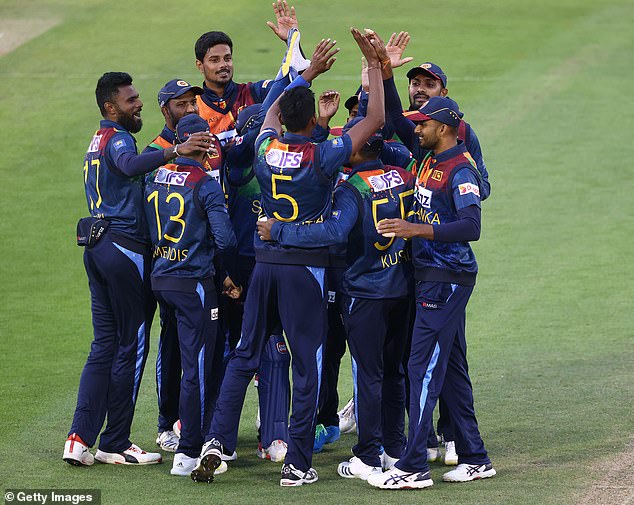 Mark Wood’s pace troubled everyone, and he would have had a hat-trick if Wanindu Hasaranga’s drive had connected with the ball rather than fresh air. Adil Rashid was outstanding, adding two for 24 to the two for 17 he had taken on Wednesday.

It was also a good evening for Sam Curran, who literally kickstarted the procession, running out Danushka Gunathilaka with his boot in the second over as Sri Lanka chanced a reckless single.

Curran then persuaded Avishka Fernando to try to clear the ground’s long boundary, but his attempted pull was easily intercepted by Livingstone.

Perera and Kusal Mendis added 50, but too slowly to damage England. When Perera made a mess of a switch hit off Rashid, his boundary-free 21 off 25 balls summed up the Sri Lankan effort.

For England, it seemed so simple — until they got into a tangle of their own. 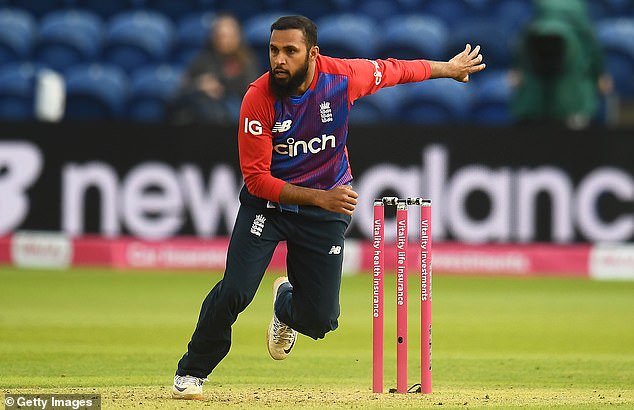