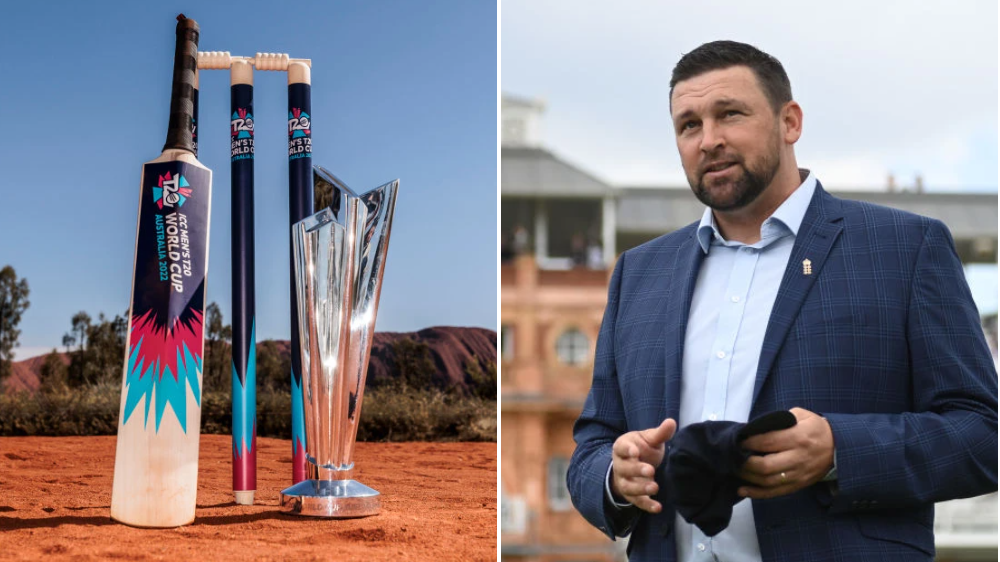 The eighth edition of the men’s T20 World Cup begins on October 16 in Australia.

Hosts Australia are the defending champions following their somewhat surprising victory in last year’s tournament in the United Arab Emirates.

Australia will attempt to not only defend their title but become just the second nation after West Indies to win multiple World Cups in T20 cricket.

England, India, Pakistan and Sri Lanka have all lifted the trophy once, with New Zealand and South Africa the only members of the ‘big-eight’ still searching for their maiden title.

India are viewed by many as the favourites to win the 2022 T20 World Cup but Harmison says England, Australia, Pakistan and New Zealand are also contenders.

‘I can see England and Australia troubling India at the World Cup,’ said Harmison. ‘T20s are about somebody producing a moment of brilliance and I don’t think India are necessarily favourites or playing the best cricket.

‘Obviously Kohli could get India to the semi-final of the World Cup with just a couple of scores, he is a fantastic player and he can get India there.

‘If anyone gets 100 from 50 balls they will get their team over the line. You can win all your games to get to the semi-final, but in T20 there is always the chance that someone gets 100 and they’ll win.

‘One player can change everything on any day, which is what T20 is all about, and England, Australia, Pakistan and New Zealand have match-winners as well as India.’

Despite being a regular in England’s Test and ODI teams, Harmison only made two T20i appearances and had retired by the time Paul Collingwood’s side were crowned T20 champions in 2010.

Speaking to OnlineCricketBetting, Harmison added: ‘This World Cup is going to be brilliant because there are so many superstars that can win a game at any point.

‘Team performances will get you to the semi-finals and a big player can stand up and win the games from there.

‘England have a few players that can have a huge influence on the big stage in pressure situations because they’ve done it before.’