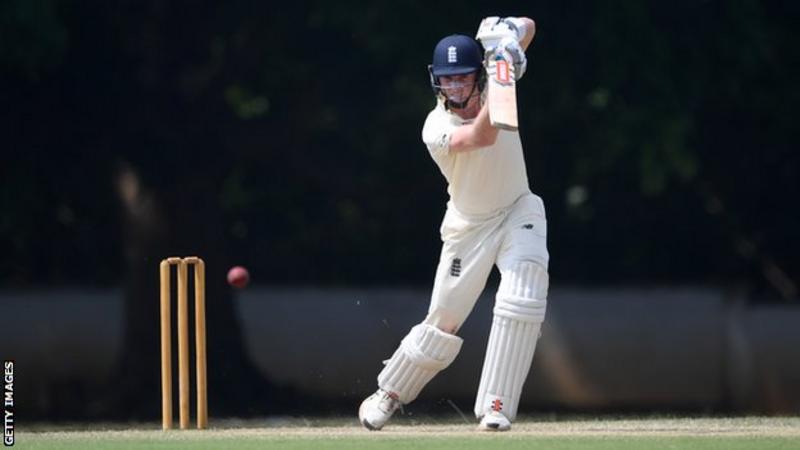 Zak Crawley and Ollie Pope both scored half-centuries as England drew with Sri Lanka Cricket XI in their first warm-up match in Katunayake.

Ben Stokes, out for three in the first innings, returned to form with 43 from just 42 deliveries.

They continue their preparations with a four-day first-class match against a President’s XI in Colombo starting on Thursday.

With both sides able to pick from 16 players, England captain Joe Root and wicketkeeper-batsman Jos Buttler did not bat again in the second innings.

They began on 39-1 but lost Joe Denly for 27 just nine overs into the day.

That brought Stokes, promoted to number four, to the crease and he helped put on 92 with Crawley for the third wicket before both batsman fell either side of lunch.

Keaton Jennings, back in the squad for the first time in a year, was trapped lbw for 23, having been dismissed in the same way for 19 in the first innings.

Sam Curran was the final man out for 26, with Ben Foakes unbeaten on 24.

Crawley, who averages 27 from his first four Tests, hopes he has done enough to earn a place in the side for the first Test in Galle.

“It’s always been my goal. Every time I’ve gone to practice it’s been with the ambition of playing for England,” he said.

“I was disappointed with the way I got out first ball after lunch, but it was nice to spend some time in the middle and face a few balls.

“If the people above think I’m ready to go I’ll play in Galle, hopefully I can do there as well.”

Tags: Craw, England, in, Lanka, Sri, Zak
You may also like
Latest Posts