England need a balance of red and white-ball competition to protect Tests, insists Andrew Strauss… as the former captain warns of a cricket world ‘changing unbelievably quickly’ because of T20 and ‘shifting plates’

Sir Andrew Strauss has called for cricket to ensure a balance of formats and prevent the game from being overrun by white-ball leagues.

Strauss, who is leading the ECB’s advisory review into the way the sport operates in England, insisted Test and T20 cricket can co-exist, and said today’s players faced more opportunity than ever.

But he stressed the need to incentivise young cricketers to play all forms of the game, at a time when the Test format looks increasingly vulnerable outside the so-called ‘Big Three’ of India, England and Australia. 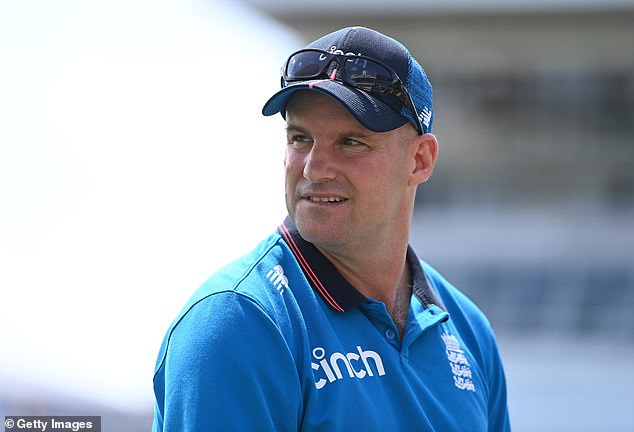 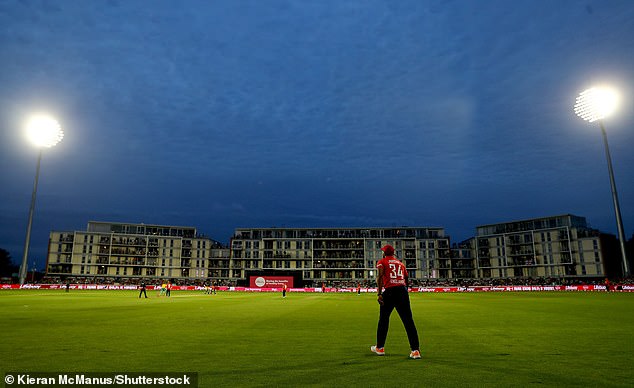 ‘The proliferation of T20 leagues and cricket’s shifting tectonic plates are a very live issue,’ he said.

‘The cricket world around us is changing unbelievably quickly. We have to ask where our game fits into all of that.

‘What are we meant to be prioritising and investing in to make sure it remains strong and relevant, and we have incentives for our players to play both red-and white-ball cricket?

‘We want to make sure the players are playing the right balance of formats, so that it’s not all drifting down that white-ball, short-form route.

‘There are still plenty of players who want to challenge themselves to be the best Test cricketers they can be.’

But Strauss, who captained England in 50 Tests and led them to the top of the rankings in 2011, admitted not everyone has the same priorities.

‘In other countries, Test cricket doesn’t pay the bills, like it does here. It’s a bit of chicken and egg: if it’s costing you money to hold Test series, you don’t have a huge amount of money to invest in the marketing of it all.

‘Of course, the T20 format is the way that a lot of people get introduced to the game. I still maintain that it can sit together comfortably with Test cricket.

‘The challenge we have is can we produce a manageable schedule that allows players to do both? That is really complicated. It’s multi-dimensional, like a big Rubik’s Cube.’

Strauss will be at Lord’s for tomorrow’s first Test against South Africa to promote the fourth year of the #RedforRuth campaign, the charity named in honour of his wife, who died of lung cancer in 2018 aged 46.

Last year, it raised over £1.2million for the Ruth Strauss Foundation, which provides emotional support for families before the death of a parent and helps fund research into non-smoking lung cancers. 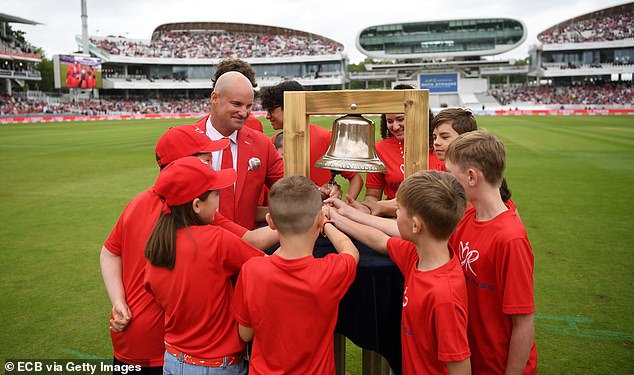 On the field, meanwhile, England’s Test team will be looking to continue their remarkable resurgence under Ben Stokes and Brendon McCullum.

‘It’s been an extraordinary mindset change and shift,’ said Strauss. ‘That has come about purely and simply from good strong leadership.

‘It just highlights the value of being clear in how you look to play your cricket and taking that fear of failure away from players.

‘The more you have that mindset, the more confidence builds, and the more you are able to do extraordinary things.

‘We saw it with the white-ball team post-2015, and I think we’re going to see it again with this Test team over this South Africa series and beyond.’

Asked if he thought Stokes’s side could emulate his own, and claw their way to the top of the rankings, Strauss replied: ‘I certainly hope so.

‘The acid test for any team is can you win away from home? And there’s still a number of areas this team still need to improve in.

‘But confidence also carries you a long way as well. This series is important, to build on what has happened so far this summer.’