England suffered a heavy, 10-wicket defeat to India as the hosts took a 2-1 lead after a chaotic third Test.

Rohit Sharma blasted a six to clinch a dominant win on day two in what was the shortest finished Test match since 1935.

India made light work of the modest target of 49 having earlier skittled the tourists for 81 in a second innings collapse.

India caused havoc over the two days in Ahmedabad with their spin bowlers Ravichandran Ashwin, who has 24 wickets in the series, and Axar Patel acting as the main protagonists to this victory on a pitch that attracted widespread criticism for its difficulty to bat on.

England, who were bowled out for 112 in their first innings, then registered their lowest ever score against India in a Test match on an action-packed day two, which saw 17 wickets tumble.

Ashwin took four second-innings wickets, while Patel starred with the ball again in just his second Test appearance, adding five to take his total for the match to 11.

Patel removed Zak Crawley and Jonny Bairstow for ducks before a run was scored by Joe Root’s side, and they failed to recover, with Ben Stokes’ 25 the highest score of the innings. 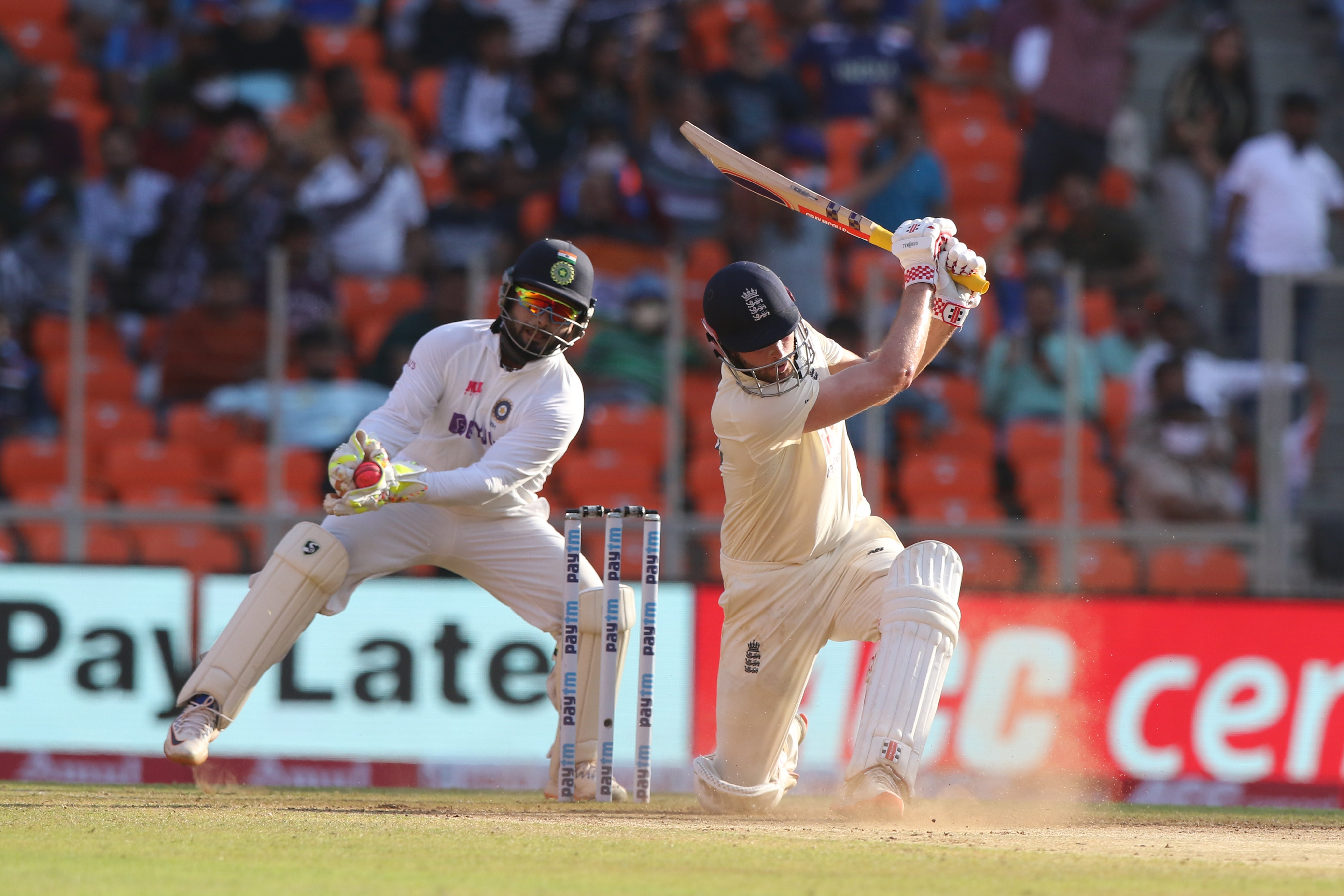 Once Washington Sundar had dismissed James Anderson, Shubman Gill and Rohit were handed the simple task of fetching 49 runs to complete victory.

And despite a couple of desperate appeals, the pair would chase down the target with ease, with Rohit, left unbeaten on 25 from as many deliveries, firing a maximum to put the tourists out of their misery.

The win sees Virat Kohli’s side 2-1 ahead with one Test remaining in the series.