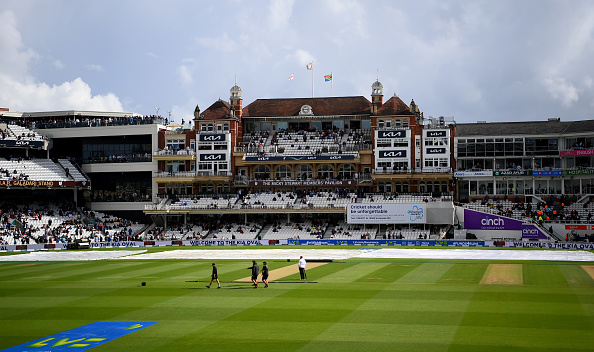 The deciding Test match between England and South Africa has been postponed as the United Kingdom enters a period of mourning following the death of Queen Elizabeth II.

The first day of the third and final Test at The Oval was abandoned without a ball being bowled.

The England and Wales Cricket Board have confirmed that Friday’s play will not take place. They are yet to confirm whether play will resume over the weekend or if the Test will be cancelled altogether.

A statement read: ‘Following the death of Her Majesty Queen Elizabeth II, Friday’s play between England and South Africa Men at The Oval will not take place.

‘For fixtures beyond Friday, updates will be provided in due course.’

England lost the series opener at Lord’s by an innings and 85 runs but hit back at Old Trafford to win by an even greater margin and level the series.

She died at the age of 96 surrounded by her family at her home in Balmoral, including her son and heir to the throne Charles, the Prince of Wales, and her grandsons, the Duke Of Cambridge, Prince William and the Duke of Sussex, Prince Harry.