England’s hopes of becoming double women’s world champions suffered a serious blow on Sunday when they lost a Twenty20 World Cup match to South Africa for the first time.

The opening game of a tournament England started as second favourites turned into a chastening defeat when veteran Katherine Brunt was unable to defend the nine runs needed by South Africa in the final over at the WACA in Perth.

England had clawed their way back after posting a sub-par target of 124. But after Brunt conceded just two runs from the first two balls of the last over, Mignon du Preez smashed a six and then a four to seal a six-wicket victory. 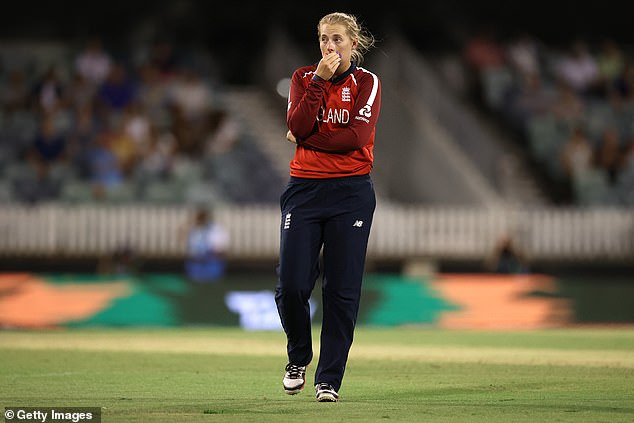 ‘We didn’t quite get enough runs and it was always going to be tricky on that pitch,’ said England captain Heather Knight.

‘But we showed a lot of fight and our bowlers made it difficult for South Africa. It’s not panic stations. Far from it. It could easily have gone the other way and we know we have a lot more to give.’

That may be so but Knight and new coach Lisa Keightley have much to ponder now if England are to avoid an embarrassing early exit from a World Cup where they had hoped to go all the way.

England’s batting was listless and they only reached a modest 123 for eight thanks to 50 from Nat Sciver, with Tammy Beaumont and Lauren Winfield — the openers from their 2017 50-over World Cup triumph — puzzlingly held back to No 7 and No 8.

Then England were vulnerable in the field when the pressure was on after Dane van Nierkerk and Marizanne Kapp had put on 84 in a stand that had taken South Africa to the brink of only their third win against England in a Twenty20 international.

At least England are in by far the weaker of the two groups and can get their campaign back on track when they meet surprise qualifiers Thailand on Wednesday. 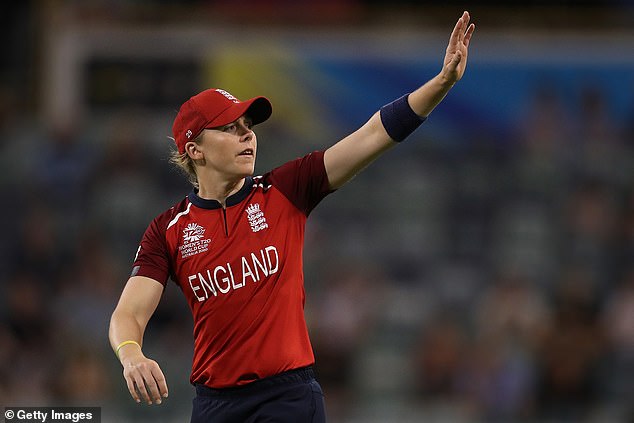 Tags: England&apos;s, Twenty20, World
You may also like
Latest Posts