Thinking about having a flutter on Cup Day? Our experts give their tips for the race that stops the nation, and Tim Habel gives his five best bets for the day at Flemington.

Race 4 (Furphy Plate), No.3: MILTON PARK
Last start all-the-way Sale Cup winner at 1600 metres, ran fourth in a group 2 at Caulfield in February at its only start at this distance. Likely to get a soft lead again in a small field.
SUGGESTED BET: Each way.

Race 5 (Grinders Coffee Roasters Trophy), No.7: PINDARIC
Promising South Australian with six wins from seven starts. Makes his own luck on pace, out to 1400 metres for the first time but shows plenty of grit.
SUGGESTED BET: Each way.

Race 7 (Melbourne Cup), No.2: INCENTIVISE
Incentivise is going to start very short for a Melbourne Cup, but he is simply a racehorse in the zone. With the international raiders short on for numbers, he looks set to make it 10 wins on end and complete the cups double.
SUGGESTED BET: To win. 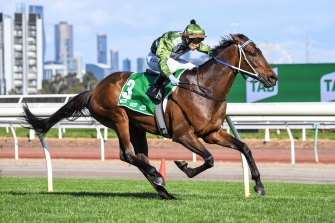 Race 8 (The Hong Kong Jockey Club Stakes), No.11: PROMISE OF SUCCESS
Lightly raced UK import with a powerhouse finish. Came from second-last at the top of the straight to win over this trip at Randwick and can cope with the class rise.
SUGGESTED BET: To win.

Expert tips for the Melbourne Cup

Damien Ractliffe
Racing reporter
Incentivise looks a class above the rest, while Persan, Twilight Payment and The Chosen One have targeted this race since last year.

Chris Roots
Racing reporter
Verry Elleegant has earned every pound of her 57-kilograms, winning nine group 1s, but she has always looked a top-quality stayer. She has won the Tancred Stakes and a Caulfield Cup and she just got too far out her ground in last year’s Melbourne Cup. The booking of James McDonald is crucial to her being closer and having the final crack at Incentivise.

Michael Lynch
Racing reporter
Incentivise looks a standout on current form, while Verry Elleegant is one of the few other high-class runners in the field. Persan can plug on while Great House won well on Saturday.

Peter Ryan
Racing reporter
Incentivise is impossible to overlook and Twilight Payment is a proven performer in a weak field. The local runners are traditional lightweight hopes.

Adam Pengilly
Racing reporter
History will tell you Incentivise needs to be an extraordinary horse to win, but this is an ordinary year. He’ll find a way, but expect Verry Elleegant and that wily old genius Murray Baker to play a part behind him.

Martin Pakula
Victorian Racing Minister
If the favourite, Incentivise, stays, he wins. But watch out for last year’s winner to go back to back.

Neil Wilson
VRC chairman
I’m hoping Twilight Payment can go back to back and take out this year’s Melbourne Cup.

Steve Rosich
VRC CEO
The scene is set for an exciting 161st running of the Melbourne Cup with a 24-horse strong field. Australia’s rising star Incentivise is set to tackle the best in Australia and the world, including last year’s Lexus Melbourne Cup winner Twilight Payment and nine-time group 1-winning heroine Verry Elleegant.

Crystal Kimber
VRC ambassador
My tip is Incentivise, he’s an incredible equine athlete. He will thrive at his first go over the two miles and I think will join great mare Makybe Diva in carrying 57 kilograms or more to Melbourne Cup victory. Sir Lucan brings a similar profile to recent winners Rekindling and Cross Counter, so I think he’s one to watch.

Lockdown has encouraged punters to be agile with their betting habits of late, but normal order has been restored for regular and once-a-year punters this Melbourne Cup Day. – Tim Habel

TAB, PUB TAB OUTLETS
As always, the best advice is: bet early. Given COVID-19 regulations at retail outlets, which reopened at 6pm on Friday, a hectic time for venue staff and customers alike is all but guaranteed. For those who simply want to bet on the Cup, there will be specially marked cards for all bet types. Venue staff will assist anyone unsure of how to go about placing their cash bet.

ONLINE BETTING
Victoria’s lockdown has led to an explosion in online betting, with all operators reporting a spike in turnover. The attraction for customers is the myriad of “extras” on offer, such as best tote across all operators and bonus bets for losing wagers. It’s never too late to open an account, just have your credit card ready.

ON COURSE
If you are fortunate enough to be one of the 10,000 allowed to attend Flemington on Cup Day, you will have the choice of betting with one of 23 bookies spread across the three zones for members and the public or on the tote. The buzz of the betting ring is one of the many attractions that has been missing from the racecourse in recent times.

EXOTIC BETS
This is the pathway to a sizeable return for a small outlay. The most popular, and lucrative, are the trifecta (first three in any order) and first four in any order. For example, to box four numbers in the Cup for the trifecta would cost $12 for a $1 dividend. The attraction of the first four is the promise of a healthy dividend. Flexi betting means you can have a percentage of a $1 dividend. For example, if you box six Cup runners 1, 2, 12, 16, 21 and 22 for a $50 outlay, you would receive 13.8 per cent of a $1 dividend.

Tags: expert, for, Melbourne, THE, Tips
You may also like
Latest Posts