They might have to check the track rating twice as the Big Wet finally gives way to clearing skies and a firmer surface, but it’s more than timely for a provincial mare at Monday’s feature Scone meeting. 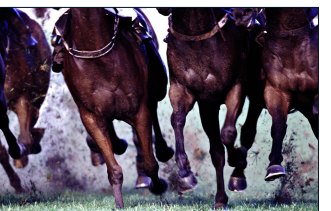 Racing returns to Scone on Monday with a seven-race card.Credit:Phil Carrick

That day she closed off hard to beat all but the winner in a similar BM 58 graded race over 1000m.

Staying at that distance in the opening race at Scone, Miss Kojiki looks ideally placed on the much bigger circuit, with first use of the inside, and on a track that could even improve further from a Soft 5 rating to Good 4.

An underrated sprinter, her two wins so far from 19 starts have both come on firm surfaces, and connections are desperate to bring up her first win since early last November.

Meanwhile, the drying conditions are also a big plus for three-year-old provincial filly Piccadilly Lass who sets about mending friendships with punters at her fifth start.

The daughter of 2014 Cox Plate winner Adelaide has let her backers down in three runs since a fast-finishing effort on debut at Tamworth nearly two months ago.

Since that run, she has gone around well in the market, including a $2.20 favourite at Dubbo last start, but has struggled to finish off.

But staying at the mile in a moderate Maiden Plate at set weights, Piccadilly Lass is well-placed to break through back on firmer ground, with blinkers removed, and tough and aggressive jockey Rory Hutchings taking over.

Importantly, she is out of the Churchill Downs staying mare Gilago who had a healthy 25 per cent win rate in Victoria from 28 career starts, with nearly all of them coming on Good-rated ground.