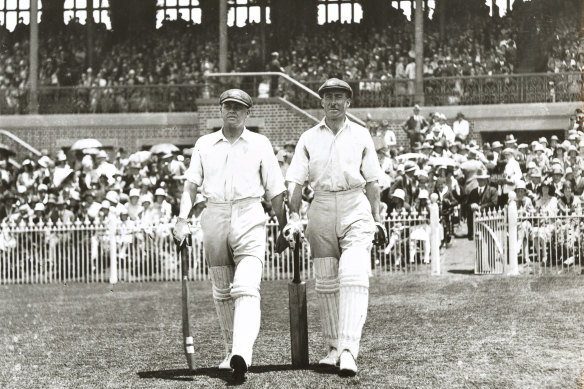 External heart massage by a doctor minutes after he collapsed and oxygen administered by an ambulance crew failed to revive him.

He died on the 18th fairway while playing in a competition.

William Maldon Woodfull, an idol of pre-World War II cricket crowds throughout Australia, preferred to be known first as a teacher and last as a cricketer.

He retired in 1962 after 46 years in the Victorian Education department—the last six of those years as principal of Melbourne High School.

The Minister for Education (Mr Bloomfield) said last night: “I am very distressed indeed — Mr Woodfull was a very much liked and admired national figure.

“As a teacher he was just as accomplished and just as admirable as he was as a cricketer.

“I knew him very well for many years. He was a very fine headmaster and a very fine man.”

Woodfull was born at Maldon, in the Castlemaine district, and was educated at Bendigo and Melbourne High schools and Melbourne University.

He was captain of the Australian XI during the bodyline era of the early 1930’s.

The 1932-33 England bodyline attack was a great shock to him, but he refused to retaliate. 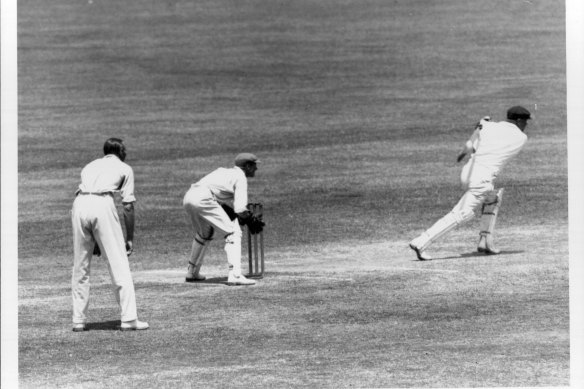 Mr Woodfull is survived by his wife, two sons and a daughter.

Funeral arrangements have not yet been announced.

Bill Woodfull, who died in Brisbane yesterday at the age of 67, was described last night as a “wonderful fighting cricketer” by his former Test opening partner Bill Ponsford.

“Bill was one of Australia’s best captains, with his team always right behind him,” Mr Ponsford said.

“I was extremely sorry to hear of his death and extend by deepest sympathies to his wife and family.

“He will always remain in my memory as the man who handled the difficult situation of the bodyline series with tact and diplomacy,” Mr Ponsford said. 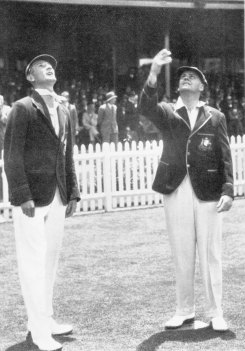 Percy Beames, ″⁣The Age” cricket writer said: “I admired him for his qualities, both as a man and as a cricketer. Although I did not play under him, I had a lot of respect for him.”

His cricket statistics are remarkable and bear comparison with all, except Sir Donald Bradman. They are:

In the field of cricket and education, few have served Victoria and Australia better than the late Bill Woodfull.

Before his death, Mr Woodfull was quoted as saying he would prefer to be remembered as a teacher rather than as a cricketer.

For Woodfull, cricketing fame arrived after a lot of hard work supporting his natural ability.

He progressed steadily towards the top of the the game’s cricketing ladder and greatest opening partnerships with fellow Victorian Ponsford.

His cricket style was built around defence, tremendous concentration and fighting spirit — the perfect foil to the more brilliant Ponsford—and when they got going together a stand of 300 was freely predicted.

He will always be remembered for his tremendous courage during the bodyline series of 1932-33 when he stood up to Harold Larwood and the other English fast bowlers and refused to retaliate with his own fast bowlers.

An often told story is that during the crucial test of that series in Adelaide, after he had been struck over the heart and later dismissed, he was approached by the English manager, Mr. Warner, to whom he said:

“I do not wish to speak to you. There is only one team out there playing cricket.”

In Sydney last night, Larwood said Woodfull was a fine player and gentleman.

He said: “We used to call him the unbowlable. He had a wonderful defence, was very stubborn and was a hard man to shift.

“In Brisbane in 1928, he batted right through the innings when Australia was bowled out on a wet wicket.”