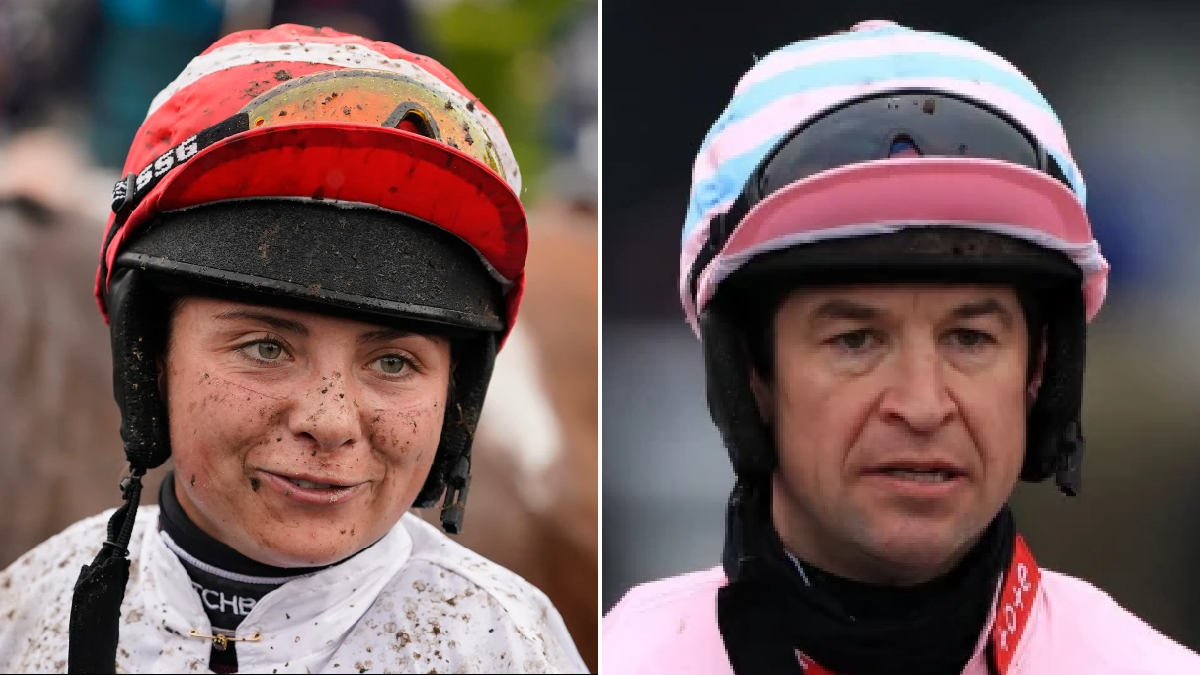 Bryony Frost has lodged a formal complaint of bullying by Robbie Dunne, accusing her fellow jockey of ‘opening his towel up and shaking himself’ on one occasion in a men’s changing room.

The 26-year-old, Britain’s most successful female jockey, gave evidence on day two of a BHA (British Horseracing Authority) disciplinary panel hearing on Wednesday, detailing her experience of alleged intimidation and harassment at the hands of Dunne dating back to 2017.

An emotional Frost suggested fellow female jockeys had been reluctant to voice their support due to fears of ‘isolation’ in the sport as she feels she has experienced since speaking out.

‘They all have licences as well. They have to be in the weighing room,’ she said.

‘Personally speaking, the isolation I have found from speaking out, I wouldn’t wish it on anyone. I feel they are protecting themselves and staying neutral.

‘If you are asking me if I believe they are being honest, how do I know? But they all hold licences — it may be a case of looking after yourself.’

She added: ‘It wouldn’t improve anything by going to the stewards apart from aggravating [the situation].’

Perhaps the most shocking revelation of the day came as Frost, fighting back the tears, recalled how Dunne had allegedly exposed himself and thought it was ‘funny’ after making his way out of a sauna at a racecourse.

The sauna, located near the men’s dressing room, is where female jockeys would pass to collect kit for racing.

Under cross-examination from Roderick Moore, Frost explained: ‘I remember Robbie through my amateur career being inappropriate to many of us.

‘I remember him opening his towel up and shaking himself, thinking it was funny.’

In response to the allegation, National Hunt jockey Dunne stressed that simply being undressed was not a sexual act. The 36-year-old said he only remembered walking nude in front of Frost from the sauna to the weighing scales.

Frost also accused Dunne of once bending former jockey Lucy Barry over a table before simulating a sexual act on her – a claim which Barry has herself rejected.

According to Frost, Dunne’s riding had become increasingly aggressive towards her during races and he had repeatedly used sexist and explicit language when addressing her.

The word ‘murder’, in racing, can also mean riding in the path of a rival during a race.

Dunne accepts he verbally abused Frost and had been angry, but denies the exact phrasing and all other charges he faces.

Later in the hearing, Dunne was accused of threatening to force Frost through the wing of a fence at Southwell racecourse in order to ‘teach her a lesson’.

Looking back on the alleged incident, Frost said there was ‘only so much you can take’, adding, ‘He said it to me in such a way that I believed him’.

Fellow jockey Tom Scudamore, who had witnessed the altercation, insisted the exchange was ‘nothing out of the ordinary’ between two rivals.

Frost responded: ‘Since this has all come out, he [Scudamore] hasn’t spoken one word to me. We used to share lifts to racing and now he wouldn’t even say hello to me in the weighing room’.

Asked about the supposed threats Dunne had made, Frost replied: ‘I know what he said.

‘He promised me he would hurt me and I believed him.

‘He wanted me to know exactly what he felt about me.’

Dunne’s disciplinary hearing is likely to conclude next week.