Travis Head could still be subbed into the Sydney Test, despite being in isolation in Melbourne for the start of the game as COVID-19 continues to wreak havoc with the summer of cricket.

Ruled out of Australia’s starting XI after testing positive to COVID-19, the South Australian is due to leave isolation on Thursday after completing his mandatory seven-day period – provided he returns a negative PCR. A decision would then be made by Cricket Australia on whether he can rejoin the bubble and be available for use as a COVID or concussion sub. 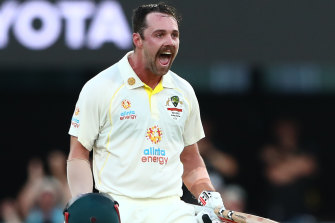 Travis Head is due to leave isolation on the second day of the Sydney Test.Credit:Getty Images

It would not be until Friday, the third day of the Test, that he could be inserted into the game, if required, as he would almost certainly travel to Sydney by road.

The Melbourne Stars were awaiting clarification from CA on Tuesday as to what obligations players need to fulfil upon leaving isolation to return to the BBL bubble. In Victoria, cases do not need another test after testing positive and are automatically released after seven days.

If Head is used as a COVID substitute in a game he was initially thought to be sidelined from due to the virus, it would be another bizarre occurrence in an already extraordinary season.

While some players and staff on the Ashes circuit are receiving same-day results to PCRs, others in the industry, such as former Test and Melbourne Renegades quick James Pattinson, are still awaiting results on tests conducted late last week. Some are joking they will have completed isolation by the time the results come through.

Stand-in England coach Graham Thorpe has called for changes to be made to the management of COVID, unhappy at the mental toll daily testing is having on the squad.

“That’s always been lingering in the back and that has been distracting,” Thorpe said. “Not knowing you’re moving onto the next venue or whether your family is going to be in a hotel room for seven to 10 days, very similar with players.

“The constant test, day in, day out is a distraction, and I’d like to think we can find a better way round it going forward in the future.”

Veteran Usman Khawaja has taken Head’s place in the team for his first appearance in the baggy green since being dumped after the memorable Headingley Test of the 2019 Ashes. Skipper Pat Cummins has guaranteed Head will return immediately in Hobart, regardless of Khawaja’s performance in Sydney.

Teams are allowed to make like-for-like Test replacements if a player shows COVID-19 symptoms during a match or is taken out of a game after testing positive.

As the home side, Australia can draft players out of the Big Bash League or domestic ranks, but England could run out of replacements in the event of a mass outbreak among their playing squad. The positive cases thus far have been limited to coaching staff and their families.

Selectors called up all-rounder Mitchell Marsh, wicketkeeper Josh Inglis and batter Nic Maddinson as cover on Friday, but once opener Marcus Harris returned a negative PCR test Maddinson was told not to make the trip north to Sydney in a sign selectors were comfortable with the reinforcements they already had.

The latest drama forced CA to make a last-minute change to its schedule, moving the Heat and Sydney Sixers match that was to be played last night back by 24 hours. The clash between the Sixers and Perth was brought forward to last night to fill the void.

There were eyebrows raised at the Heat having their game postponed, but CA has pointed out the Stars also had a game moved at the 11th hour last Thursday after a support staff member returned a positive rapid test on the day of the game.

If more positives arise in the Brisbane camp, the club is at risk of finding itself in the same hole as the Stars, who have 12 players in isolation after contracting the virus. The undermanned Stars have been comfortably beaten in their past two games since COVID decimated its team.

The Stars expect to regain almost all of the first batch of seven players to test positive for their next game on Friday against Adelaide, but star leggie Adam Zampa’s return could be delayed after his positive test came back later than his teammates’.

Melbourne Renegades captain Kane Richardson said it was bittersweet to win a derby with so many Stars players sidelined.

“I feel for them, feel for the club, if we’re in that position with 12 blokes out I don’t know how we’d put a team on the park,” Richardson said. “Hats off to them for doing that, it just doesn’t quite feel right.”