A question mark hangs over the participation of favourite Epatante in the Champion Hurdle after trainer Nicky Henderson said the mare had been put on medication after coughing.

Henderson said the JP McManus-owned Epatante was able to maintain her normal work regime but that his vets were monitoring her condition.

The trainer added: ‘Epatante has been coughing over the last couple of days for no obvious reason that we can detect. Her blood tests are perfectly normal. 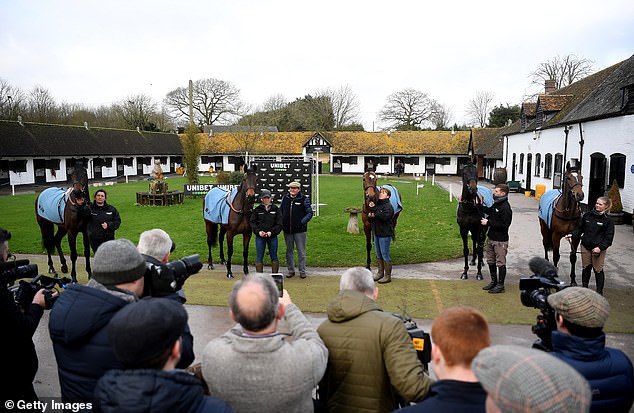 ‘We will monitor then situation over the weekend. Both my vets and I are more than hopeful this will not interfere with her Champion Hurdle preparation.’

Henderson said Epatante is the only horse in his stable to cough.

Ladbrokes eased Epatante, who stormed home in the Christmas Hurdle, to 10-3.

The Champion Hurdle has hardly ever looked so open. Henderson’s dual winner Buveur D’Air is out for the season.

Tags: Henderson, hope, more, than
You may also like
Latest Posts