By the time Ocean Billy kicked clear in the straight at Ellerslie to win the 2021 Auckland Cup in March over the Melbourne Cup journey, the gelding’s trainer Bill Pomare had already lived a full enough life for his son, the critically acclaimed crime novelist, J.P. (Joshua) Pomare, to contemplate committing his dad’s life story to print.

On Tuesday, having a runner in the Melbourne Cup will add another chapter to a yarn that began back in Dargaville, 180 kilometres north of Auckland, in 1948, when Pomare arrived, with big hands and a stayer’s work ethic, as one of twin boys for his 16-year-old mother, a descendant of Maori warrior Hone Heke. 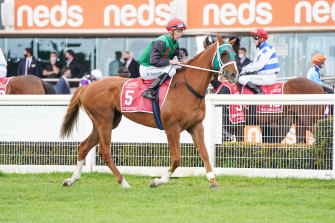 Raised by his mum’s sister, he rode horses to school without a bridle or a saddle as he fell in love with the strong beasts that showed him more love than most of the adults around him.

“I used to get bucked off on a lot of mornings,” said Pomare, now a moustachioed septuagenarian. “Jim [his twin brother] and I had a real connection with horses. We loved horses from day one.” 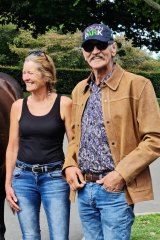 Trainer Bill Pomare with his wife Suzi. Pomare will fulfil a lifelong dream when his horse Ocean Billy runs in the Melbourne Cup. Credit:suppplied

On his 15th birthday, he was told to pack his bags and leave the house.

“That was the beginning of my nomadic life,” Pomare said.

His penchant for hard work and fixing things kept him afloat, just. He traversed the country’s twin islands, working in a foundry in Christchurch, cutting logs in Hamner Springs, driving rubbish trucks in Wellington. There were jobs in freezing works, a time as a sewing-machine mechanic, as a collector of hay, and multiple labouring gigs.

In Wellington, he made do, sleeping under bridges, then for a time a black V8 48 Ford Coupe he bought cheaply became his house. He spent three months in a youth detention centre in the late 1960s after a minor brush with the law in Hastings.

Horses were out of the picture but Pomare was a genuine workhorse – after all the slow starts, he qualified as an electrician and opened an electrical business. Eventually, he landed in Rotorua where his business thrived, but his first marriage didn’t; he was then struck down with cancer, a shocking diagnosis he somehow survived.

“He’s well-versed in his story, but he is also a good storyteller,” his Melbourne-based novelist son said.

As luck would have it, he met his second wife, J.P. Pomare’s mum, Pauline, during that time. They had four children together before she tragically became ill and died, leaving him a single father with a few tearaways to look after.

By then, in the late 1980s, he had reconnected with horses but a chance visit to the 1988 Cambridge horse sales ended with him taking home a racehorse, Flying Beau, because his late wife used to enjoy riding her dam Flying Idyll. Owners and trainers have made more bizarre decisions when buying bloodstock. Here’s the twist: every horse he has raced since, including Ocean Billy, is a descendant of Flying Beau. The foundation mare of the Pomare team is Billy’s great-great-grandmother.

“Starting out I made a lot of mistakes and people were thinking, ‘what the hell are you doing?’ I bred and bred when I should have stopped breeding and my family was telling me to give it up, but I kept breeding until eventually, I started getting good horses,” Pomare said.

His son saw how hard he worked, up at the track before dawn to work the horses, into the electrical business to pay the bills, day after day, his lust for life keeping him going.

“He’s a people-pleaser, a battler and a journeyman and probably the hardest-working person I know,” he said.

And above all he loves horses, a fact J.P. Pomare says is clear to all around him.

“We always joke that there are more photos of horses in the house than of the kids,” he said. “He was a good father.”

They rib him about the number of children he’s had over his lifetime but the man who has shared plenty of human love kept plenty reserved for his horses.

“It can be like dealing with a wild bear and yet, you can get their trust and a horse is very affectionate. I like the affection of a horse,” Pomare snr said.

That love found another target later in life, his third wife Suzi, who is a co-owner of Ocean Billy and rides the horse around their property at Rotorua.

“He spends his time in the paddock and never goes in the box. He interacts really well. We call him Olly. He is actually quite a comic, just one of those gems.”

This year another gem turned up in Pomare’s life when Chris Waller, the master trainer who found fame as Winx’s guide, grabbed Pomare’s number off a mutual friend and rang to offer his congratulations after watching Ocean Billy’s dominant win in the Auckland Cup.

Waller had been taken by Pomare’s joyous reaction to winning the race and let him know he had an ally who was ready to lend a hand if he chose to bring his horse to Australia.

“I didn’t ask to train the horse if he sent it over, but I said to him if you need a hand, and you need a bit of guidance then let me know because I know how daunting it can be,” said Waller, who arrived in Sydney from New Zealand as an unknown in the late 1990s. 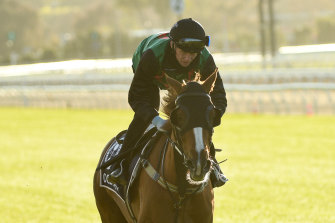 One thing led to another, however, and a month ago the six-year-old gelding arrived on Waller’s doorstep to be prepared for the Melbourne Cup with Pomare forced to stay in New Zealand due to COVID-19 travel restrictions.

Waller became the trainer, acting on Pomare’s advice, the initial gesture of support leading the pair to the point where the 48-year-old will saddle up Ocean Billy to help a fellow Kiwi realise his dream.

“Ideally he would have his horse in our stable, and he would be staying with us, and we would be helping him out but, unfortunately, he couldn’t come,” Waller said.

“I am relying on Bill. There is none of my expertise going into it whatsoever, just not complicating it, and sticking to his plans.”

He oversaw the horse’s fast-finishing ninth in the Caulfield Cup at 100-1, with Damien Thornton likely to ride him again in the Melbourne Cup as he attempts to become the first New Zealand-bred horse to win the race since Prince Of Penzance in 2015.

Humbled by Waller’s involvement, Pomare was chuffed to get the call from a man he holds in such high esteem so soon after Ocean Billy’s victory, a win he considered, at the time, the pinnacle of his life.

But that win will pale in comparison when his horse jumps from the gates wearing his colours in Australia’s most famous race.

“Just to be in there is the top of my bucket list.I have finally got a horse in the Melbourne Cup, win, lose or draw, whatever, the thrill can never be taken away,” Pomare said.

J.P. Pomare races a horse with his dad under the name of his first novel, Call Me Evie. The winner of two races from 29 starts, Call Me Evie is, of course, a descendent of Flying Beau. He feels the emotion too.

‘Win, lose or draw, whatever, the thrill can never be taken away.’

“I’m not a real big crier, but I almost get teary … it’s just knowing the 30 years of 5am starts and how much it means to dad,” he said. “That’s his dream. I can remember him saying that when I was five years old.”

And Waller, who has taken on the responsibility to help fulfil Pomare’s dream, is as invested in the horse as if it’s one of his own.

“I hope he runs competitively for Bill because I know, being from New Zealand, how much the Melbourne Cup means. I’m proud to help and will be wearing my heart on my sleeve if he doesn’t run well,” Waller said.

Tags: a, CHRIS, fell, helped, How, Waller
You may also like
Latest Posts