I can’t wait to face Jofra Archer, says Marnus Labuschagne, with Australia batsman relishing chance to play in a home Ashes Test this winter… despite Covid restrictions down under making prepartions that much tougher

Australia batsman Marnus Labuschagne is excited at the prospect of this winter’s Ashes, even if his country’s Covid restrictions will make tour life even more challenging than usual for England.

Joe Root’s men face being without their families for up to four months and Labuschagne, who has been away from his own loved ones while playing for Glamorgan for the last three months, admits it is going to be difficult.

‘I’m so excited,’ he said. ‘We’re not going to have Test cricket at all until around the Ashes — we play Afghanistan just before that. 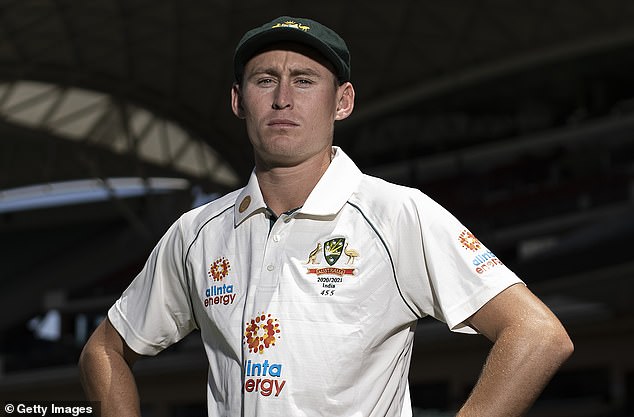 ‘It’s so exciting to be back playing Test cricket and playing in the Ashes at home. I’m looking forward to the challenge.

‘Hopefully both teams are fully fit and we can have a really good contest.’

He added: ‘I’ve been in England without my family for three months and it’s not nice. We prefer people to be with their families. We’re not talking cricket right now. We’re talking about people’s well-being and families.

‘One thing we have realised with Covid is that things change quickly. I just hope things sort themselves out and families will be allowed to come.’

Although the 27-year-old knows that being on tour for prolonged periods is part and parcel of the job, he accepts the impact affects people differently. 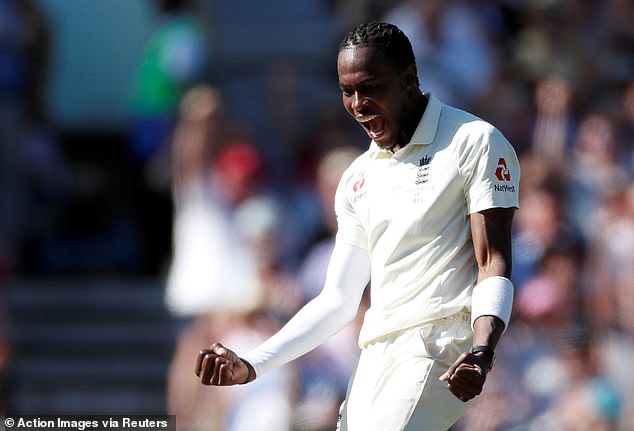 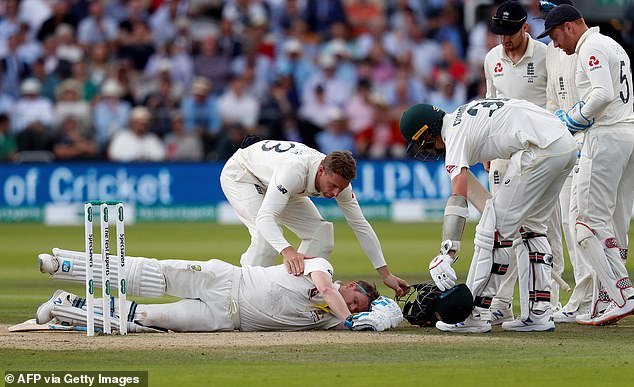 ‘I think it’s really individual,’ he explained. ‘At the end of the day, it’s our job as players. You’re not forced to be a cricketer and I think in the current environment it’s sometimes the way it is. You have to be away from your family. No one wants to be away from their family for three or four months but we’ve got to keep the game growing.’

Labuschagne took international cricket by storm with a gutsy 59 after becoming Test cricket’s first concussion substitute, replacing captain Steve Smith when he was hit by a vicious Jofra Archer bouncer in August 2019.

Archer is currently returning to match fitness after surgery on his right elbow and Labuschagne is keen to face the England pace bowler. 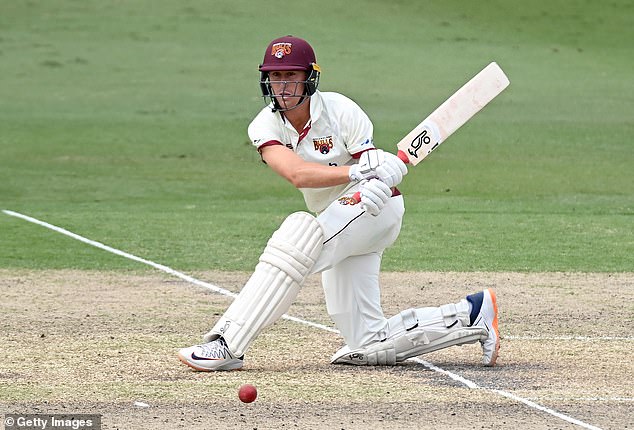 ‘It has been an amazing journey so far in Test cricket, especially since that day at Lord’s,’ said Labuschagne. ‘That’s what sticks in people’s minds. What gets forgotten is I played 10 games of county cricket — I was very familiar with the conditions in England and my own game.’

England’s rest-and-rotation policy has received plenty of criticism. But Labuschagne is hopeful it will allow them to land in Australia with a strong bowling unit.

He said: ‘England are playing 13 Test matches in the same period we are playing none. Their bowlers can’t play in 10 Test matches — not many bowlers are going to last that in a 12-month period.’

Yorkshire Tea works with the charity Chance to Shine to help young people play, learn and develop. Go to chancetoshine.org/donate

Tags: can't, face, I, Jofr, to, wait
You may also like
Latest Posts