Wasim Akram has admitted that he became addicted to cocaine after he retired from international cricket but quit following the death of his first wife.

The former Pakistan captain revealed that the problem developed when he was travelling frequently for media and commercial appearances while his late wife Huma was in Manchester or Lahore with their young sons. 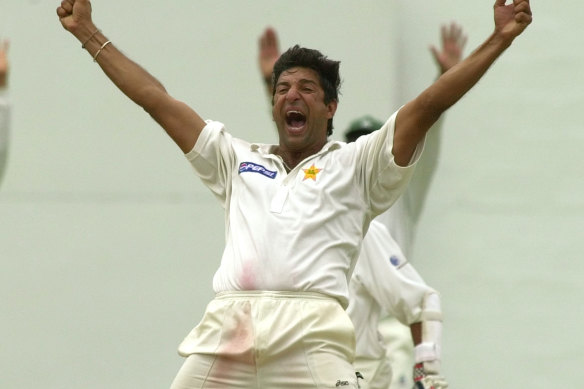 Wasim Akram celebrates a wicket in 2000, during his playing days for Pakistan.Credit:AP

“I liked to indulge myself; I liked to party,” he wrote in his autobiography Sultan: A Memoir, which is published next month. “The culture of fame in South Asia is all consuming, seductive and corrupting. You can go to 10 parties a night. It took its toll on me. I developed a dependence on cocaine.”

In an interview with The Times, Akram admitted that he was unsure how people would react to the revelation but that he had written the book for his three children “just to put my side of the story”.

The addiction started, he says, when he was offered cocaine at a party in England.

“My use grew steadily more serious, to the point that I felt I needed it to function. It made me volatile. It made me deceptive. Huma, I know, was often lonely in this time … she would talk of her desire to move to Karachi, to be nearer her parents and siblings. I was reluctant. Why? Partly because I liked going to Karachi on my own, pretending it was work when it was actually about partying, often for days at a time.”

Huma eventually discovered cocaine in his wallet and he was forced to accept that he could not control an addiction that was stopping him from eating or sleeping.

Akram, who took more than 900 international wickets during his career and was a key part of Pakistan’s 1992 World Cup-winning team, did then attend rehab in Lahore but felt like he was being kept against his will. He suffered a relapse, but the tragic death of Huma, following a rare fungal infection called mucormycosis, caused him re-evaluate.

“Huma’s last selfless, unconscious act was curing me of my drug problem,” he said. “That way of life was over, and I have never looked back.”

Akram, who is now remarried, also addressed allegations of match-fixing by Pakistan players during his career and denied any involvement.

“I knew I was innocent,” he said. “It’s embarrassing because my kids have grown up and they ask questions.”