‘I was never really anti-establishment, I was anti-ignorance, and I still am’: English icon, sporting great, rural champion – forty years on from the Miracle of Headingley, Ian Botham is still giving life both barrels

Baron Botham of Ravensworth, also known as Beefy, is sitting in a busy cafe on a rainy day in Darlington. He is dressed in long, light blue shorts and a zip-up jumper that he dons beneath the cloak of certainty he has worn his entire adult life. His daughter, Sarah, wanders in later, too, carrying a packet of nappies for her son, Arthur, one of Botham’s eight grandchildren, and pulls up a chair.

We are not the only ones at the table. As Botham thinks back 40 years ago this month to the Ashes series of 1981 and the third Test at Headingley that defined him for ever as one of the superheroes of English sport, friendly ghosts sit at his shoulder. He summons them every now and again to help tell the story of what happened in that golden summer that lives on in so many of our memories.

Bob Willis is here and Graham Dilley, too, his closest companions in one of the greatest dramas English sport ever told. Dilley, who Botham unerringly refers to by his nickname, Picca, and who scored a swashbuckling 56 in England’s second innings at Headingley, died 10 years ago. Willis, who won the match by demolishing the Aussies with figures of eight for 43, passed away in December 2019. 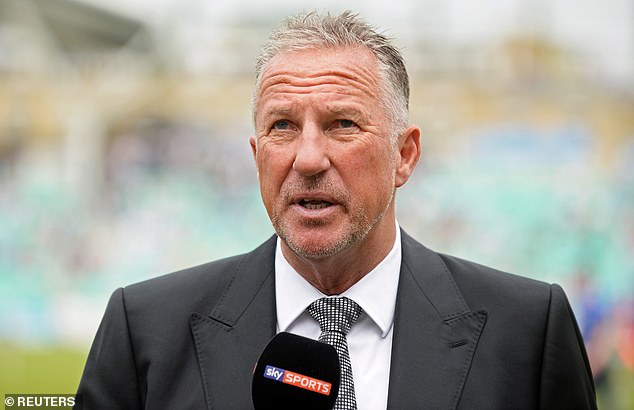 Forty years on from the Miracle of Headingley, Ian Botham is still a superhero of English sport

Together, they were part of a moment in time when cricket became an unlikely vehicle for uniting a country set aflame by inner city riots in Brixton, Toxteth and Moss Side. ‘It united the nation even though they didn’t really like cricket,’ said the comedian Stephen Fry.

Botham was seen then as an anti-establishment hero, viewed with suspicion by the elites of MCC, who would have winced if they were told that one day he would sit in the House of Lords. ‘I was never really anti-establishment,’ says Botham. ‘I was anti-ignorance and I still am. I don’t see, for instance, why the BBC should be allowed to squander five or six billion pounds a year and make the over-75s pay a licence fee.’

He has a rule about not dwelling on the past. ‘I never look back,’ he says. ‘And that’s why I don’t remember a lot. As it goes through, I erase it. I have a saying and I still use it in life: you ride the torpedo to the end of the tube. You are going one way. No going back.’ Today, though, as he is prodded and prompted in the cause of the Headingley anniversary, there are times when he finds it impossible not to remember and to smile at the pictures his mind paints.

Four decades on from what many still refer to simply as ‘the 149’, Botham’s own existence is as rich as ever. His lust for life has not dimmed. Newly ennobled, he is as passionate in his defence of the countryside and its way of life as he is scornful of the city slickers who he sees as seeking to impose their cosmopolitan sensitivities on rural living. ‘Leave us alone,’ he says. ‘We don’t come down and tell you what colour bus you should have. Don’t judge us. I’m very much an advocate for the country, rivers, shooting, fishing and I object to the inference we are sporting toffs. Fishing is the biggest participation sport in the UK. 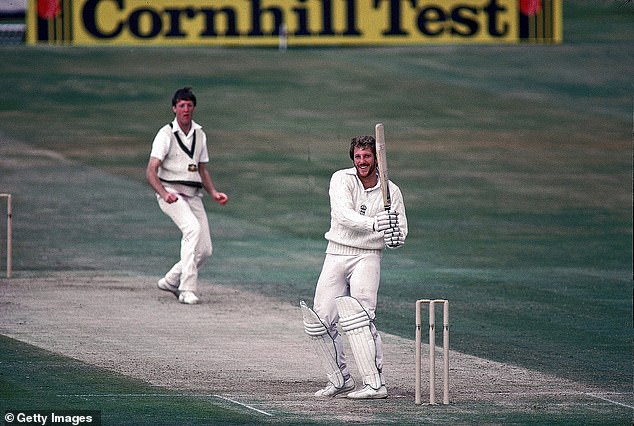 Botham is also the chairman of Durham County Cricket Club. He has his own charity foundation, through which he raised millions and millions of pounds by walking thousands and thousands of miles and which Sarah now runs.

He is a keen and active fisherman. And then there are his grandchildren. ‘They keep me on my toes,’ he says. ‘I’m not making any concessions to age. There is plenty of time for me to be sitting in front of the fire in my rocking chair with a glass of Horlicks. I am a long way off that, I hope.’

Time has not left him unscathed. He is 65 and, in the past three years, he has had heart surgery, spinal surgery and two hip replacements. Those surgeries left him on crutches for the best part of two years. ‘I’m good with pain,’ he says, ‘but I have never felt pain like the pain I felt when my right hip was disintegrating.’ That pain has gone now. A different kind remains. 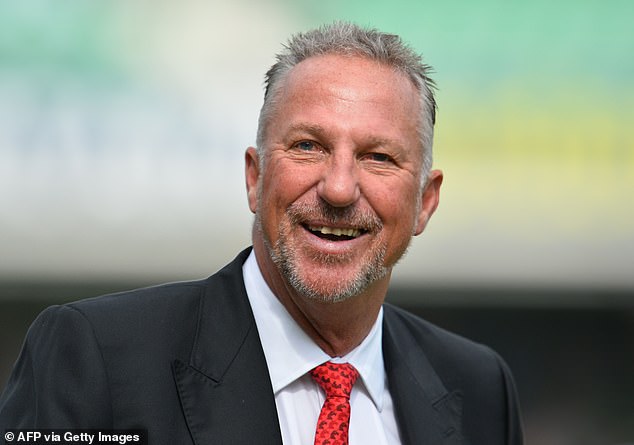 ‘Bobby passing away hit me hard,’ he says. ‘There’s not a day I don’t think about him, to be honest: flashbacks; great memories. Yesterday, I was playing golf at Rockliffe Hall in a charity day for my foundation and thinking: “Bobby would have loved this”. But I wouldn’t have wanted to be in his team because Rockliffe’s quite a tough course and I’d have done 10 miles looking for his lost balls. He’s always there or thereabouts, wherever I go.

‘Don’t forget, Bobby nearly didn’t play at Headingley. He had been having no-ball problems but in the end, Mike Hendrick was the one who missed out. Bob came in and bowled 15.1 overs off the reel. For hostility and pace, it was one of the most sustained aggressive pieces of bowling I have ever seen.

‘He told me he couldn’t care less about the field. Mike Brearley, the captain, was there for that. Bobby just bowled. Rod Marsh top-edged one and it went to long leg and Brears was standing next to me in the slips and he said: ‘Oh ****, it’s Picca’, but he took a magnificent diving catch.

‘I went down and stayed with Bobby a few days before he died and I saw him at his 70th birthday party. I miss him. Very much so. I always will. The friendship we had, 60 odd games together, 500 wickets between us as a new ball attack, and the social times I had with him. Bob and I would always go and find a winery. I miss his humour. He was one of the funniest men I’ve ever met.’ 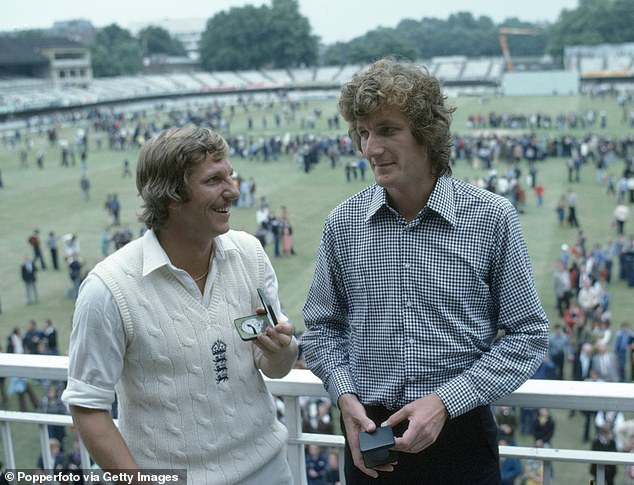 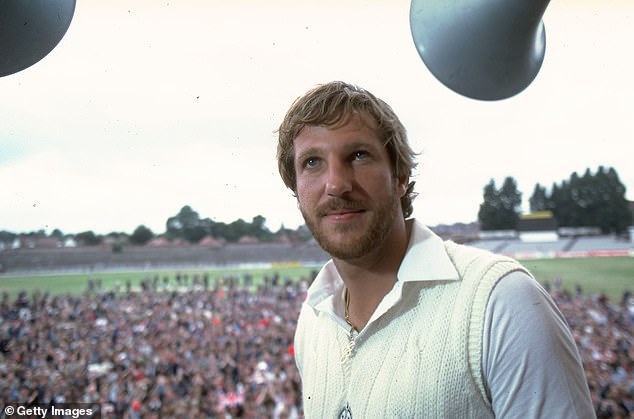 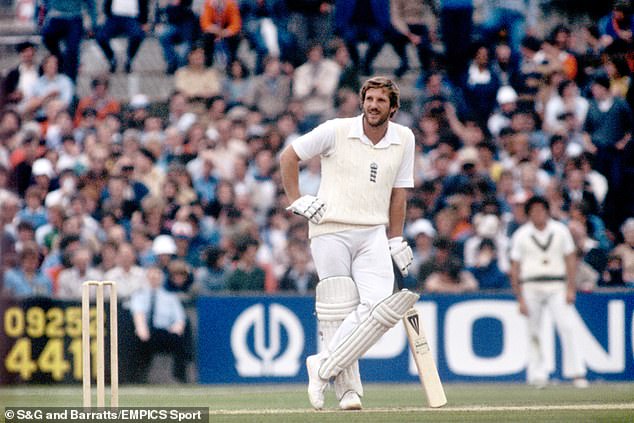 Botham is not big on the play-by-play details of what happened across those five days at Headingley. It is not his style. The rest of us know that he came into the match at a low point in his career after resigning as England captain.

He had got a pair in the second Test at Lord’s and was given the silent treatment by the members of MCC when he walked back to the pavilion and through the Long Room. ‘I have no problems with the MCC now,’ says Botham. ‘Far from it. When I got my knighthood in 2007, they put on a magnificent reception and we buried the hatchet a long time before that.

‘Back in 1981, yes, I was annoyed. I said I would never raise my bat to them again or acknowledge them because that was just bloody ignorance. All I was trying to do was push the game on so that we could have a chance of an exciting day’s play.’

When he strode to the wicket on the fourth day of the third Test, England, already 1-0 down in the series and now following on, were 105 for five in their second innings, needing another 122 just to make Australia bat again. What followed was one of the most savage, swashbuckling, audacious, reckless, transformative, famous innings English cricket has ever seen. 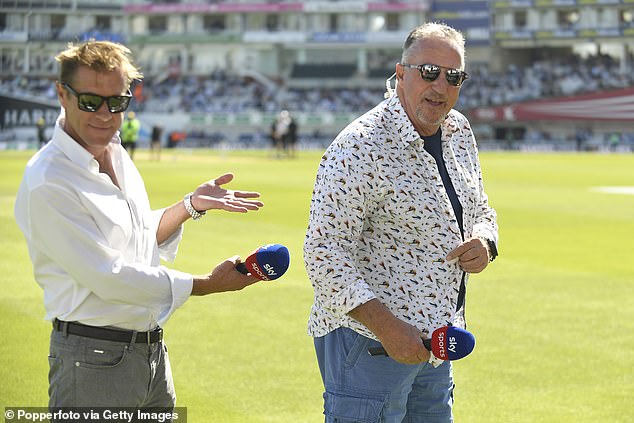 Botham smashed boundary after boundary. He smote 27 of them in all. There was one six, too. ‘Don’t even bother looking for that, let alone chasing it,’ said Richie Benaud, in one of his most famous pieces of commentary. ‘It’s gone straight into the confectionery stall — and out again.’

Partnerships with Dilley, Chris Old and Willis saw England to a total of 356, leaving Botham 149 not out. Australia needed 130 to win. They couldn’t get it. ‘As unbelievable as Dunkirk,’ former prime minister John Major said of Botham’s innings, trying to summon the wonder of the escape he engineered. ‘It was a hitter’s innings,’ said Brearley. ‘Sometimes, it was pure village green.’

Botham is keen to give more of the credit to Willis. ‘There should have been two men of the match,’ he says. ‘The Aussies didn’t factor in RGD Willis on a mission.’ His own memories of the occasion, surrounded with caveats again about a reluctance to look back, are a little more esoteric. He remembers that he and his wife, Kath, hosted a barbeque for both sets of players and assorted friends and villagers at their home on the Saturday night of the Test because the Sunday was a rest day.

The English and the Australians had a rugby scrum competition and England won. ‘That’s the reason.’ 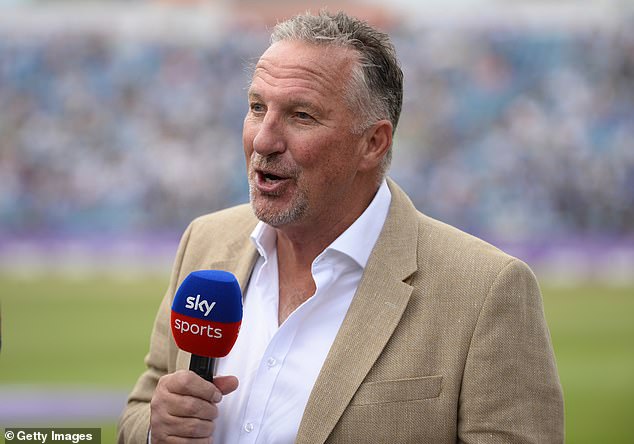 Botham insists he could not have pulled off his feat without the help of his team-mates, and feels he was not cut out to be captain

Tags: Botham, Giving, IAN, is, lif, still
You may also like
Latest Posts